Under Alan Pardew, Crystal Palace are a completely different proposition in the Premier League. They are not the Championship team of old, constantly flirting with the top flight and failing miserably to maintain their status in it. They are now a financially secure outfit with a crop of talented players, looking to break into those elusive Europa League places.

Neil Warnock was sacked in late December after just 17 games in charge, but it took all of five days for chairman Steve Parish to find his replacement, bringing ex-player and Newcastle manager Alan Pardew back to South London. The Pardew effect was instantaneous as the Eagles picked up 10 points from a possible 15 in his first five games. Crashing Steven Gerrard’s last-match-at-Anfield-party was a season highlight and they surprised many to finish in tenth place after looking set to be in another relegation battle just a few months previously.

The club record £10m capture of Yohan Cabaye from PSG was a brilliant one, and he is the perfect example of the direction Pardew & Co want to take the club. Playing vibrant, attacking football with the tricky Yannick Bolasie and Wilfried Zaha on the wings, with Jason Puncheon pulling the strings in midfield – Palace could prove to be a match for anybody. Not to mention the tireless energy and bite in midfield coming from James McArthur, Joe Ledley and club captain Mile Jedinak who may find his first team involvement reduced as he heads into his early 30s.

But is Cabaye alone enough to boost Palace into those top eight positions? Question marks still remain about the quality of their defence, as well as the lack of a real goalscorer despite the best efforts of Dwight Gayle and Glenn Murray towards the end of last season. These two shortcomings may prevent them from competing all the way with the likes of Swansea, West Ham and Newcastle who will have slightly deeper squads as well as a higher calibre of player.

After the additions of Patrick Bamford on loan from Chelsea and Alex McCarthy for £3m from QPR, these are the type of players that could give the Eagles an extra injection of quality to really push for consistency in the top half of the table. Rumours still linger around a possible interest in Charlie Austin who would undoubtedly provide Palace with goals, but they’ll have to fight hard for his signature with Newcastle and Aston Villa sniffing around.

The excellent Selhurst Park atmosphere really illustrates the mood around the club, and there is every reason to be excited as they head into the new season with everybody on the same wavelength. 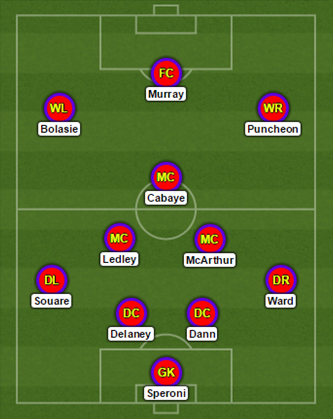 IAIN’S PREDICTION: 10th – What he said. No-one likes a trip to Selhurst Park. Palace are stable, confident and slowly adding genuine class to their ranks. This might be their first season in the Premier League that is utterly bereft of relegation worry.