Episode 1 (Birth of a Nation); Episode 2 (The Race for Copper); Episode 3 (Love Me Tender, Love Me Dead); Episode 4 (The Hills Are Alive With The Sound of Screaming); Episode 5 (He Would Do Anything For Chelmsford. Including *That*); Episode 6 (On My Signal, Unleash Montserrat Caballe); Episode 7 (War Is Over. If You Want It…); Episode 8 (Behold, The Hanging Gardens of Chelmsford); Episode 9 (Hans? Are We The Baddies?); Episode 10 (The Essex Superstate Takes Shape); Episode 11 (You Cannot Kill Keith Richards)

I have blood on my hands. The Indian empire has been at war with the French and the Aztecs and I have stood by and watched it unfold. I gave Gandhi new technology that would allow him to build powerful longbow men to defend his cities, but it wasn’t enough. Worse still, I had an opportunity to stop the war in its tracks before the balance of power shifted.

As his forces gathered around Delhi, I spoke to Napoleon of the French and asked what it would take to stay his hand. He wanted 200 gold coins and the secret of music. Was it worth that sacrifice, just to keep the Indians in the game? I looked at the French troops. They weren’t that powerful. I looked at the city of Delhi. Gandhi had enough to defend it comfortably. Besides, why should I give up my hard earned discoveries just to bail out a neighbour. I chose not to buy off the French. The next day, Delhi fell. Before long, Kolhapur, their city on the shore, had been razed to the ground. The Indians were reduced to a couple of isolated city states. 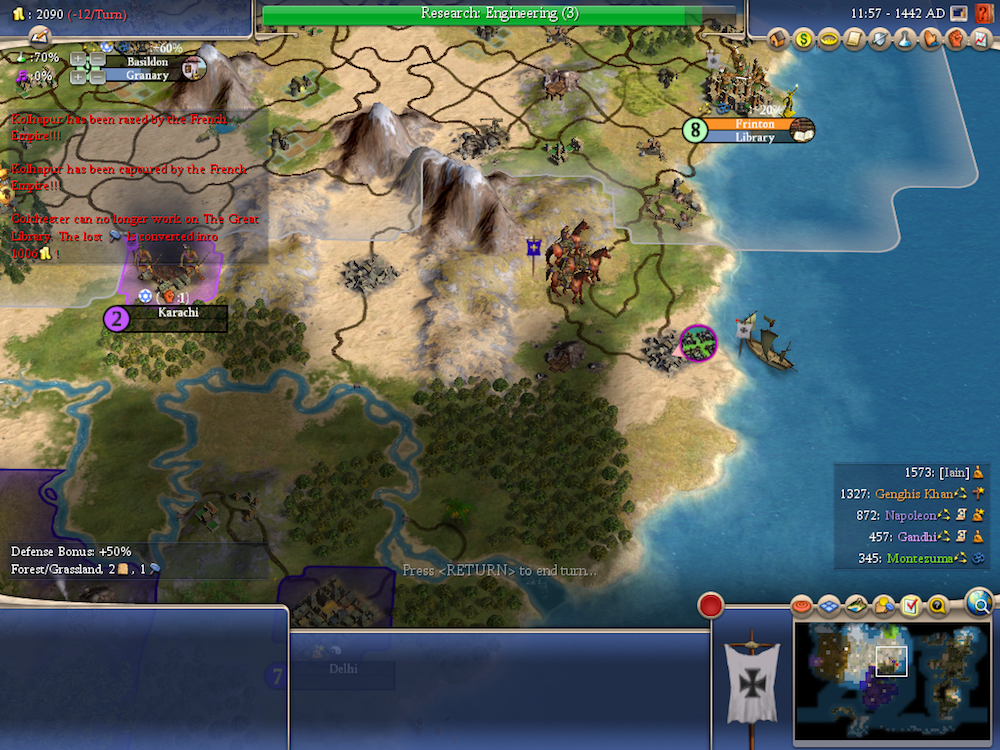 By 1453, as pivotal a year in this world as it was in ours, Karachi has fallen too. I can’t help but feel a little responsible for this. Why does it matter? Because our continent is now essentially three competing superstates. The Mongols in the west, who really don’t like me, and the French to the south. We are flanked by superpowers. If they were to team up against me, I would be in serious trouble. All things considered, I was happier when India provided a buffer against French ambitions. 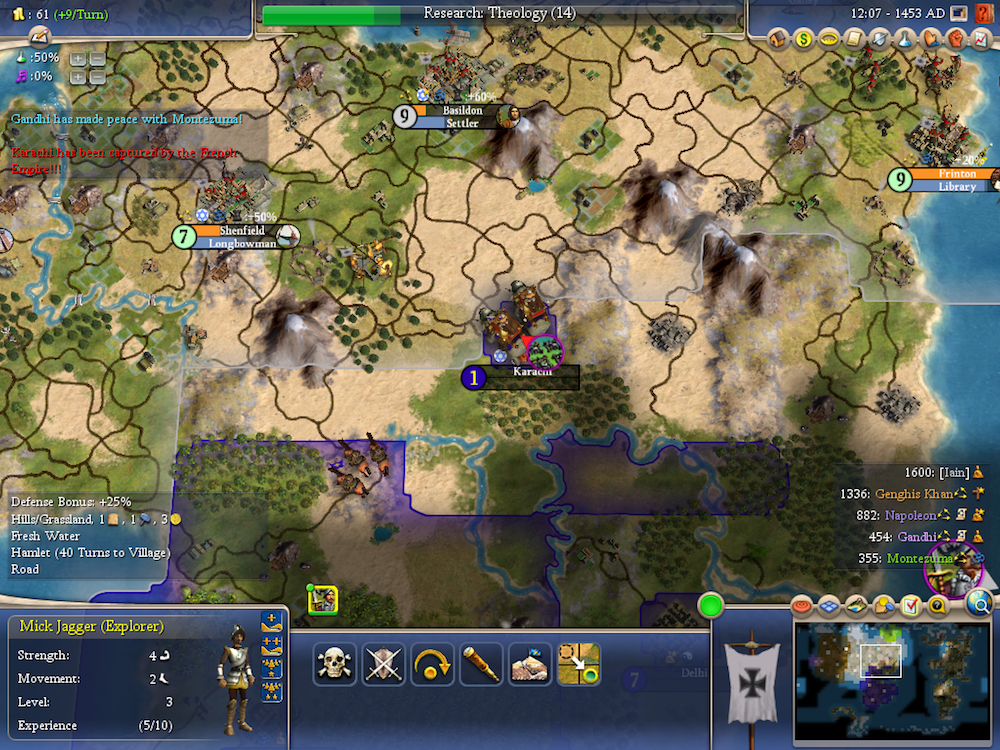 But we’ll just have to muddle on. And we’re not without our advantages. In the new world, Mick Jagger stumbles upon an unknown tribe that has made remarkable astronomical advancements, allowing us to plot our way across oceans with even bigger, more secure ships than before. We now have Galleons. Caravels were good, but they could only carry individual explorers. Galleons can carry three units of any kind. Galleons can carry colonists and armies. 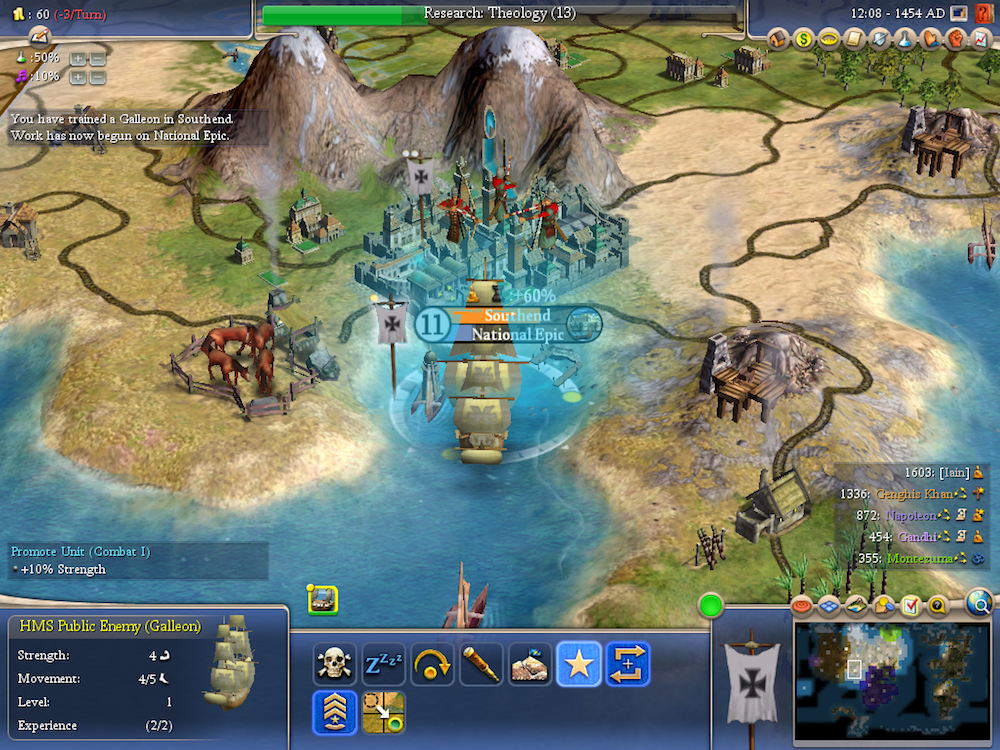 But the new world is not safe, it’s positively teeming with barbarians and poor Jagger is finally broken on a wheel shortly after making his pivotal discoveries. He will be long remembered by the people of Essex. But we’ve still got Keith Richards. Nothing seems to kill Keith Richards. 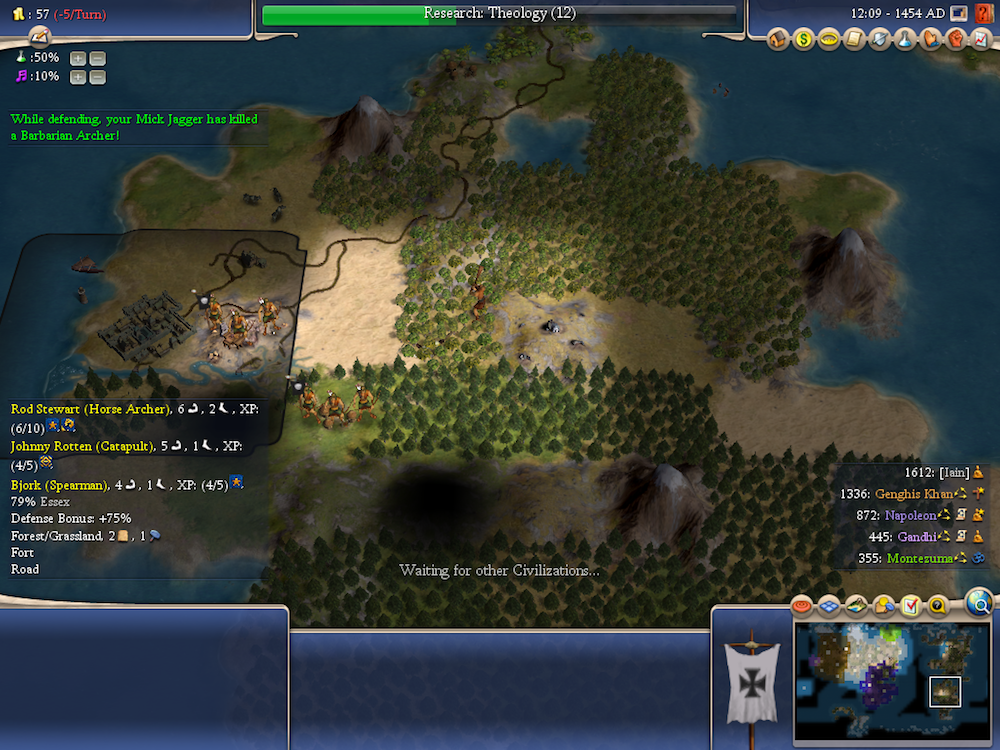 In the meantime, the Essex Empire continues to flourish. It seems likely that I’ll have to build even more soldiers soon to protect myself in this increasingly dangerous geopolitical clusterfudge, but for now I can focus our efforts on great projects. Like the Hagia Sophia in Clacton. 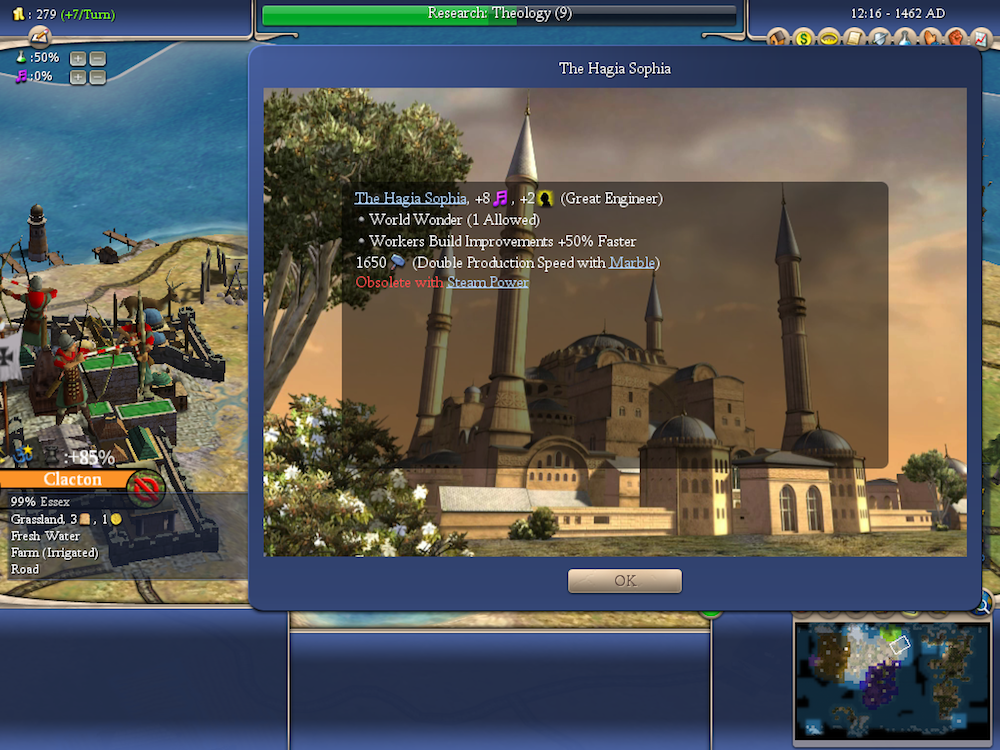 And Chichen Itza, now attracting hordes of tourists to our capital city of Chelmsford. 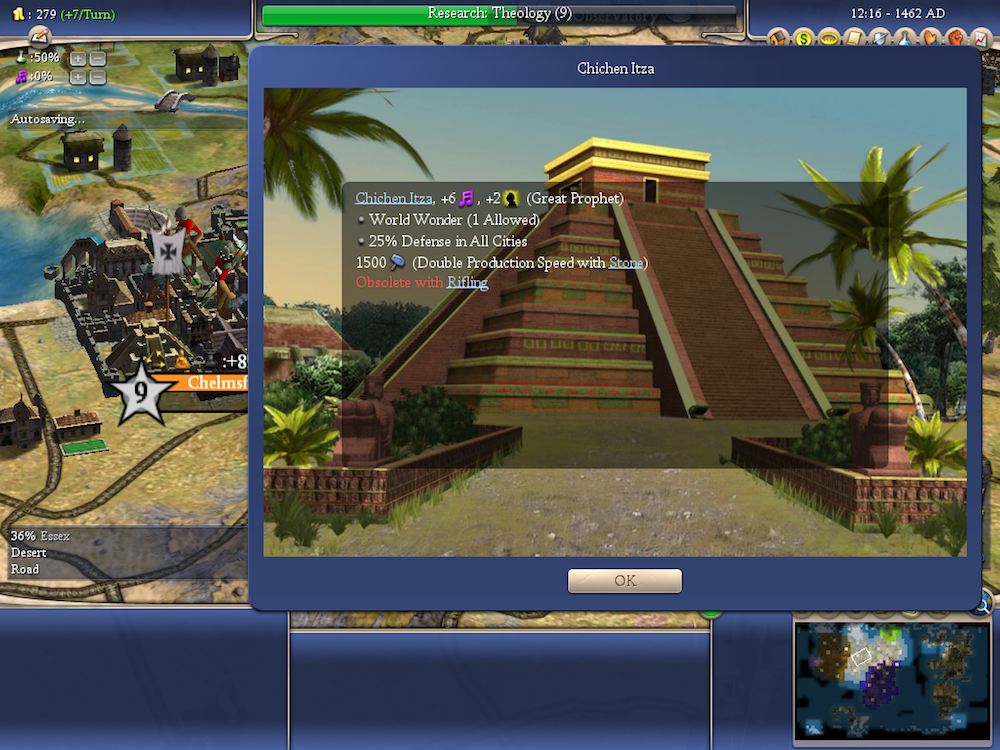 But for the immediate future, our focus is on the new world across the water. Thanks to our new galleons, we can send colonists over to build new cities, and more pertinently, soldiers to protect them from the natives. For the people of Maidstone, the future will be uncertain and dangerous. But in their soil, the roots of the new, bi-continental Essex empire will grow. How their brows will furrow in the throne rooms of Paris and Beshbalik. Who will dare oppose me when I bend not one, but two continents to my will? 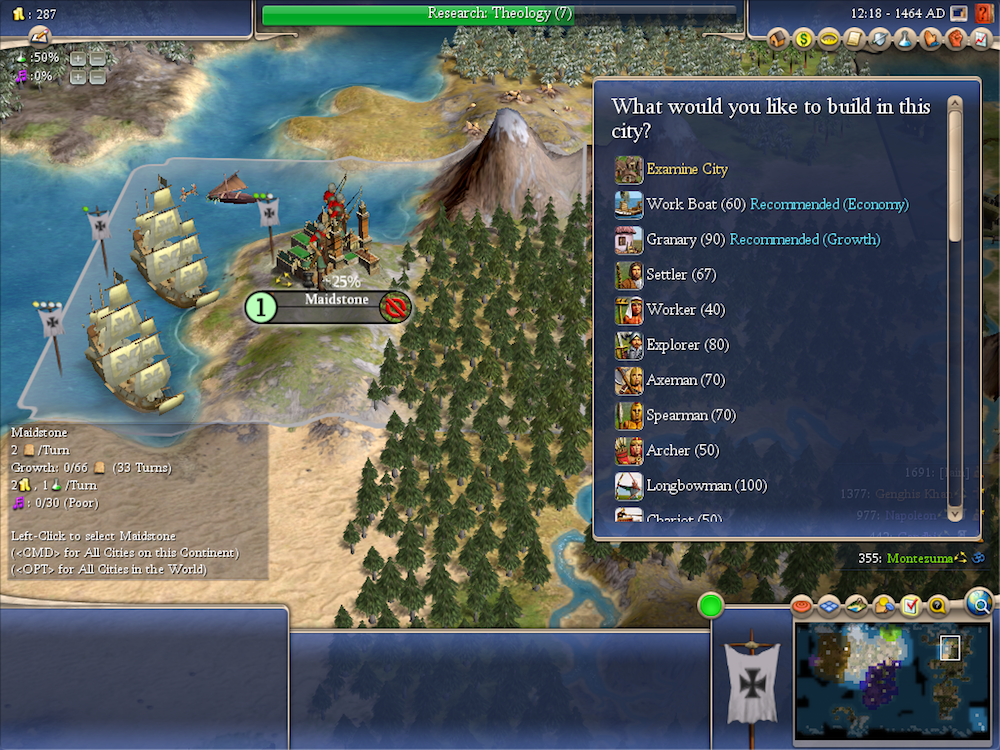