There were times last year when you wondered if Sunderland and Newcastle were having their own private regional competition, a sort of Premier League Chicken where the loser was the first team to blink and pull out of a relegation nosedive. This is something that Sunderland’s supporters have had to put up with for some time. Last season was their eighth consecutive campaign in the Premier League and the fifth in which they have failed to break the 40 point barrier. But will they improve under Dick Advocaat?

The Sunderland supporters certainly think so. There was a widespread jubilation at Advocaat’s decision to sign up for another year on Wearside, and with good reason. It wasn’t that Advocaat made Sunderland a particularly good team in his short time with the club, it’s more that he stopped them from being a really bad one. Take the horrifying collapse to Crystal Palace and the meaningless last day bout with Chelsea out of the equation and Sunderland conceded only three goals in the other seven games, with three consecutive clean sheets against Everton, Leicester and Arsenal.

Outside of convincing Advocaat to stay, the club have made a number of other good decisions over the summer. The retention of Lee Cattermole was crucial and his new five year contract ties him to the club for the best years of his career. New signing Jeremain Lens will bring some much needed pace to the flanks and if Younes Kaboul can stay fit, he should be a more than useful addition to the backline. And there’s proven consistency in place too, in the form of a long-limbed Costel Pantilimon and rock steady Patrick van Aanholt.

But what about the rest of them? When will we see Connor Wickham live up to his potential? When will we see Jack Rodwell replicate the form that made him one of England’s brightest young talents? Will Jermain Defoe still be able to cut it as his 33rd birthday approaches? There have long been players with inflated reputations at Sunderland. The issue is making sure that the hype matches the reality.

The Sunderland supporters were mocked last season for leaving early during some absolute gubbings, but the wonder is that they still turn up at all. Since Steve Bruce’s team fell apart in 2011, they’ve had to put up with the disappointment of Martin O’Neill, the madness of Paolo di Canio and the failure of Gus Poyet. They will believe that it will be different under Advocaat. The rest of us may take some convincing. 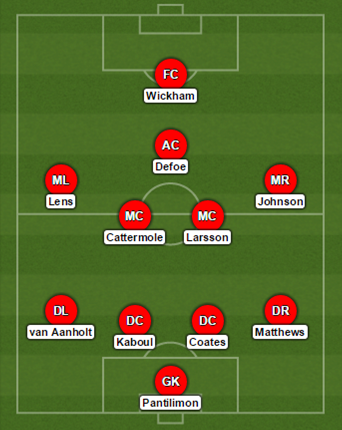 PHIL’S PREDICTION: 17th – I’m backing them to stay up. Just. Their late survival last season showed me that under Advocaat they’ve got a bit of steel about them. I was really impressed with the signings of Lens and Kaboul, who bring a lot of quality to their attacking and defensive lines. With Defoe, Fletcher and Wickham already at the club I think they are capable of scoring goals, but my one concern is their squad depth. Can they do it for the whole season?