Steve McClaren hasn’t always made the best career decisions, but his move to Newcastle United is an inspired one. This team simply cannot be any worse than it was in the second half of last season. Whatever he does in the opening weeks of the campaign, it’s going to look like an improvement.

A haul of just a single point in ten games dragged the Magpies to the very brink of relegation before a last day victory over West Ham United saved their skin. The fans waited a matter of seconds after the final whistle to chant for the owner’s departure, the manager waited a matter of days to tell the goalscoring hero that his services were no longer required and then the owner delivered much the same message to the manager. This is one of the biggest clubs in English football and it’s an absolute bloody shambles.

Or is it? Perhaps finally stung by the criticism, owner Mike Ashley has opened up his wallet this summer and actually spent some money on players who should markedly improve the team. At £14.5m, Georginio Wijnaldum is the third most expensive signing in the club’s history. The fact that the first and second highest signings were made 19 years and 10 years ago respectively only emphasises the statement. Another £13m was spent on Aleksandar Mitrovic, a player who has long been on the radar of Europe’s biggest clubs. A move for Anderlecht’s promising defender Chancel Mbemba should also be signed off soon.

So, will that be enough to transform Newcastle from drain-circling no-marks to trophy-chasing heroes? Almost certainly not. Alan Pardew’s class of 2012 came within five points (and 20 goals) of Champions League football, but that was with a balanced, hungry team with two hot strikers in a year when Arsenal, Chelsea and Tottenham lost 29 league games between them. That’s not going to happen again. But for all their thundering uselessness last season, Newcastle were only 10 points off the top half. They’ve made good signings and they have a good manager. They should at least be capable of securing a respectable position.

Beyond that, it’s in the lap of Ashley. There is a certain solidity at St James Park. The academy was given category one status in 2014 and in McClaren, they have a manager with the ability and the inclination to bring young players through to the first team. The fans continue to turn up in their tens of thousands, despite the best efforts of the team to persuade them otherwise. With an intelligent, far-sighted and well funded strategy, they could position themselves up with Everton, Tottenham and Southampton in the chasing pack behind the super-rich. But this is Newcastle. How long will it be before they lower the shotgun and blast off their own feet? 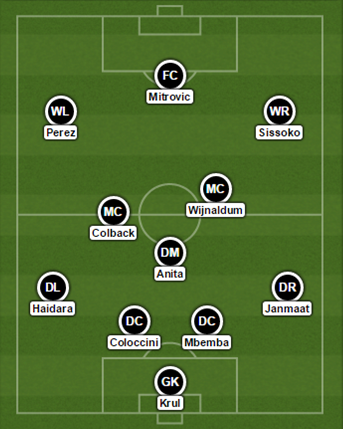 PHIL’S PREDICTION: 13th – While they have made some great signings in Wijnaldum, Mitrovic and Mbemba, I think it will be difficult for Newcastle to click straight away. In Steve McClaren they have a good manager who will bring some much needed stability to the club, but apart from a possible FA/Capital One Cup run, I don’t see anything special coming from the Magpies.