Oh dear. This does not bode well. Not only have Leicester lost Nigel Pearson, but they’ve lost Esteban Cambiasso too. Pearson was a terrifying man, Cambiasso was a god-like footballer. Between them, they leave a gap that is surely too vast to be filled. Leicester only just survived last season, courtesy of a force-of-nature kind of recovery. But who will spearhead that now?

This is not to be interpreted as an attack on Claudio Ranieri. We like Claudio here. He is, by all accounts, a good man and he’s no idiot either. The ‘tinkerman’ jibes of his time at Chelsea have stuck fast, but how many managers rotate their players now? How many managers have different formations for different games? In retrospect, it is his detractors who now seem to have been at fault.

He does not, however, come from a very happy place. The Greek football team made their nation’s financiers look competent when Ranieri was in charge and he was sacked before he could do any more damage shortly after losing at home to the Faroe Islands. He had impressed with Monaco before that, only to be sacked for the second time in his career by a billionaire owner for coming second. Prior to that, he seemed intent on managing every single Serie A club.

The real issue here is all too obvious. Leicester worked well under Pearson. The players responded to his management even if it did look a bit scary from the outside. Were Ranieri to be taking over after Pearson’s failure, it would be a different story. But Pearson didn’t fail and the players might not appreciate the change of atmosphere. We do not, at this time, know the full details behind Pearson’s departure and it would be rash to cast judgement on the decision to dispense with his services. But the decision to replace a successful manager of such distinctive style with someone so completely different is a huge gamble.

The sad thing is that Leicester have made decent enough signings. Robert Huth is a grizzled and formidable defender who has already impressed in his loan spell at the club. Shinji Okazaki scored at the rate of one goal every other game for Mainz in the Bundesliga and anything similar to that in the Premier League will be just fine. Christian Fuchs is a quick full-back with considerable Champions League and international experience. Under Pearson, you’d expect Leicester to survive. Under Ranieri, you’re not so sure. They spent most of last season in the relegation zone. Unfortunately, a similarly miserable campaign awaits. Just without the happy ending. 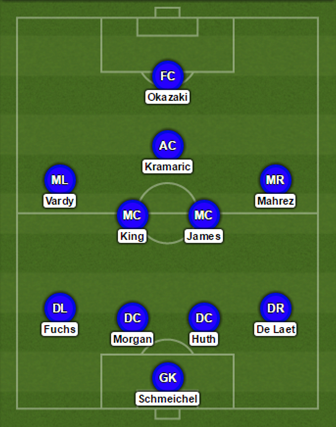 PHIL’S PREDICTION: 18th – I thought Leicester were doomed last season, but they proved me and many others wrong with their incredible late season form. But now they don’t have Cambiasso and he’ll be a huge loss. Fuchs and Okazaki are two good additions from the Bundesliga, and permanently signing Huth after his successful loan last season will not do any harm. My concern lies with Ranieri. This is a big job, and I don’t think he’s got enough in him for another Pearson-esque escape. They’ve got some really decent players, but I think they’ll go down. Just.