This is the end of the line for Wayne Rooney. Maybe it’s his fault for getting in a tizz about the club’s finances and his own contract. Maybe it’s my fault for throwing him into first team football at such a tender age. But his morale is rock bottom and his performances are wretched.

We’re still not safe from the gaping maw of the relegation zone. To escape the darkness, I must turn to men, not boys. He can restore himself in the reserves alongside Duncan Ferguson. On the off chance that Duncan ever turns up.

We have no money, you know that. We have a much-reduced stadium capacity, you know that too. We have 29 points and there are 10 games to go. Three more wins should secure our place in the Premier League and, given the way the money drains out of this football club, our continued existence. And so, Crystal Palace at home is not the kind of game to be tossed off lightly. This is a cup final.

Joe Kinnear‘s Palace beat Spurs last week, but they don’t win many. They play a basic 4-4-2, relying on the pace of superstar striker Andy Johnson and the dynamic powers of superstar midfielder Aki Riihilahti. Well, we can shut them down with our diamond formation and then take them apart with our own superst… our own star… our own players. 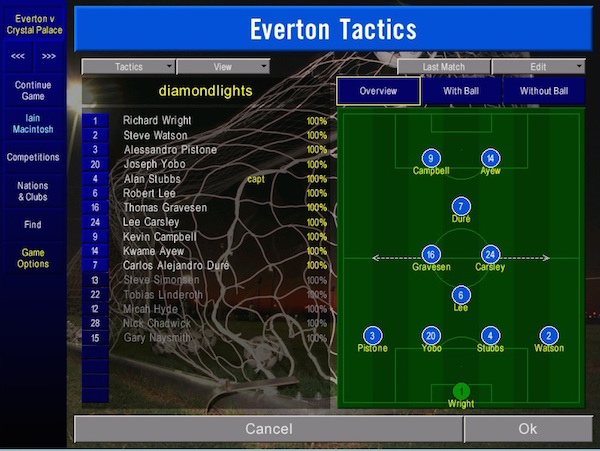 Outstanding. The finest performance of the season and in all departments too. Alan Stubbs and Joseph Yobo were terrific at the back. Richard Wright protected us on the few occasions that Palace broke through. Rob Lee, who hasn’t had the happiest of times here, was exceptional in the anchor role, and what more can any man desire than a midfield pairing of Thomas Gravesen and Lee Carsley?

Carlos Dure’s runs from deep opened the defence and Kwame Ayew prospered. If we could play like that more often, we’d be right back up where we belong. About 13th. We now have 32 points and we’re stretching away from 18th-placed Wolves, who have only 21 points. Two more wins should be enough. We’re getting there. We’re getting there. 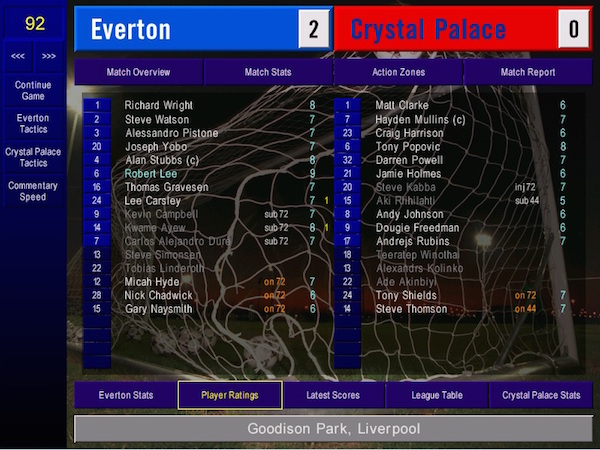 Bastard Bolton are next. They are fifth in the table, just eight points off second-placed Liverpool, but nowhere near Manchester United who have a 16-point lead and could easily seal the title before the end of March. Incidentally, Sir Alex Ferguson has moved to rectify an old mistake, so now they’re basically invincible. 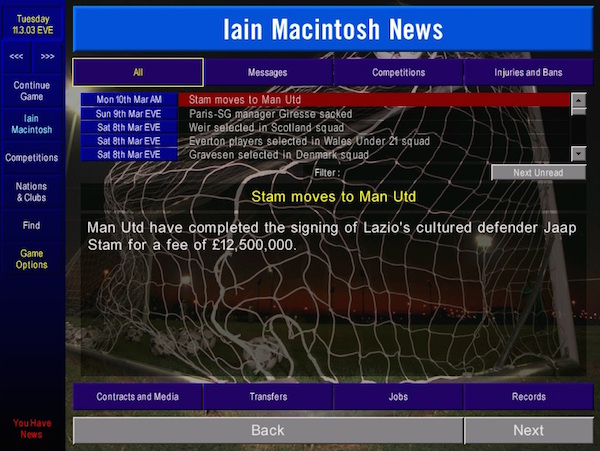 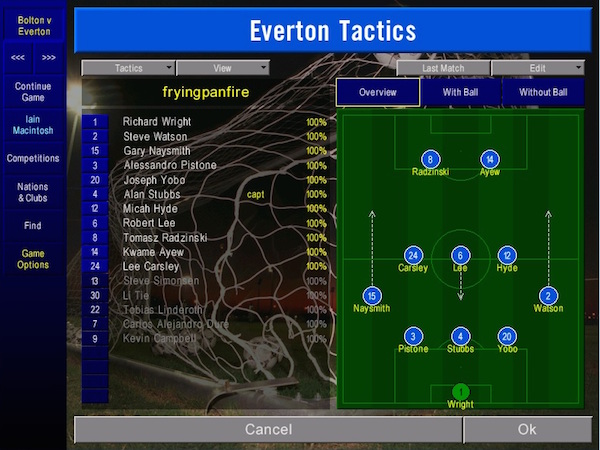 Bastard Bolton. We never even got close to them. 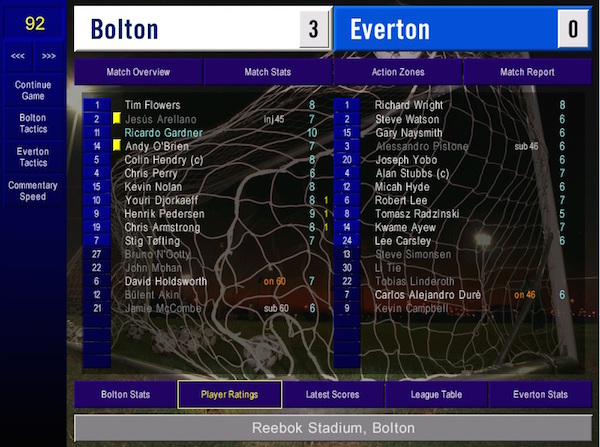 Not to worry. You won’t last long at Everton if you burst into tears every time someone knocks you on your arse. We’ve got Derby County next. They came up via the play-offs last year, but they’ve struggled all season. John Gregory favours a back three, but after what just happened, I think it’s safest if we return to what we know. Diamonds, after all, are forever. Aha! 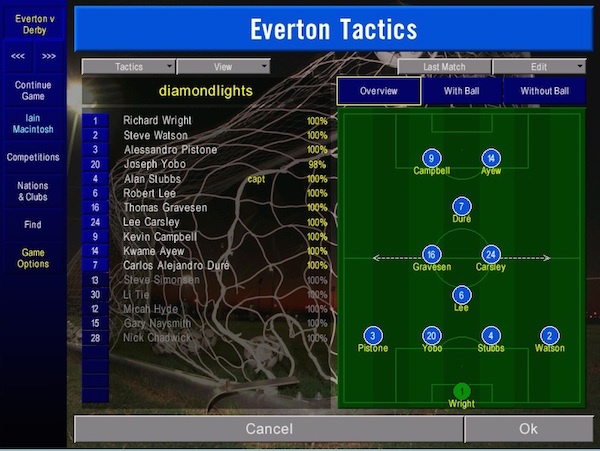 Now we’re talking. It should have been more comfortable. Had Kevin Campbell added to Kwame Ayew’s opener by converting an early penalty, it would have been a walk in the park. But a single goal is never enough of an advantage and so it was that we were forced to use our ultra defensive 4-5-1 for the last four minutes and then kneel in front of the desk with our eyes closed hoping that nothing went wrong. We survived. 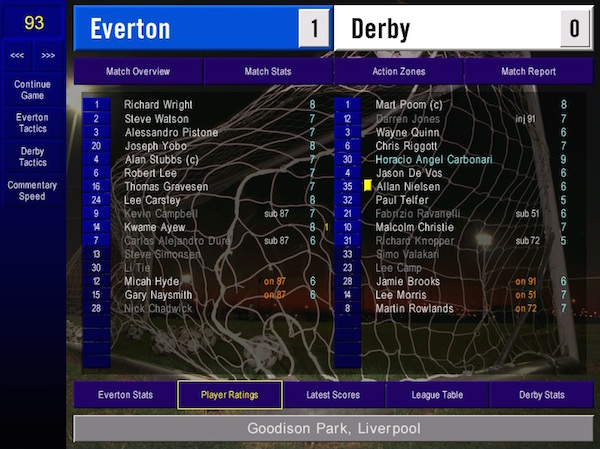 Two wins in three games, two wins against fellow relegation rivals. That’s what you need.  That’s what you need when the world turns against you. We have seven games left and the continuing incompetence of Wolverhampton Wanderers has made this far less stressful than anyone could have hoped.

They could still do a Leicester and power out of the drop zone with an utterly implausible streak of victories, but we’re 11 points clear of 17th-placed Crystal Palace too. While I’m willing to entertain the possibility of one extraordinary recovery, even Everton aren’t so unlucky that they might get burned by two extraordinary recoveries.

And so thoughts turn to a third season at Everton. But should there even be a third season at Everton? They’re £35m in the red, the stadium is reduced to a 26,000 capacity. We’re losing key players all the time. I can’t keep on performing miracles. Is it time to leave? Is it time to accept that Everton are cursed and that a new challenge must be sought elsewhere. The PSG job came up recently. I’d have quite fancied that. Write to us, let us know: [email protected] (ED’S NOTE: Oh, you wrote to us, all right. Read the flurry of furious responses here.) 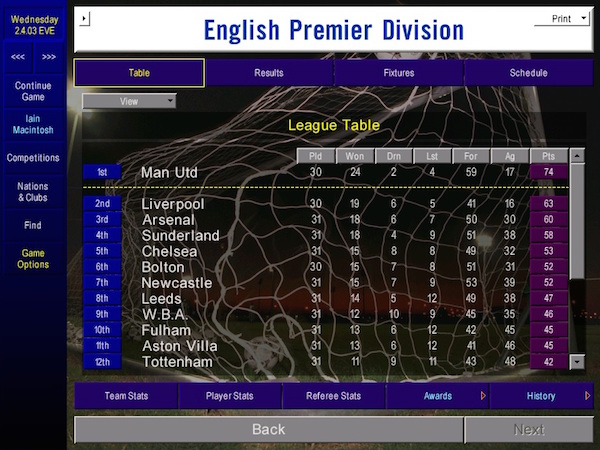 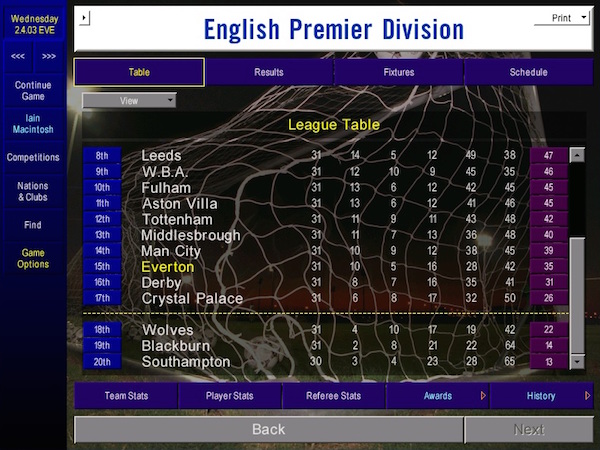