This really isn’t very easy. In two pre-season friendlies we’ve established that Everton aren’t particularly strong in any department and preparations certainly haven’t been aided by injuries to so many key players. At least if we had Duncan Ferguson, we could scare people. But he won’t be back until October. There is £325,000 in the kitty and I think it might be worth spending it. Mike Duff is always a good acquisition, but I’m not sure I actually need him. After all, I’ve got Tony Hibbert.

When I find out who organised four games against German opposition across the space of eight days I will have them sealed inside a barrel and booted into the Mersey. My players are exhausted and they’re in no state to play football. I wanted to play a strong side, then a young side and then revert back to the stronger one, but I can’t. Everyone’s knackered. I just have to pick the players who can still stand up. 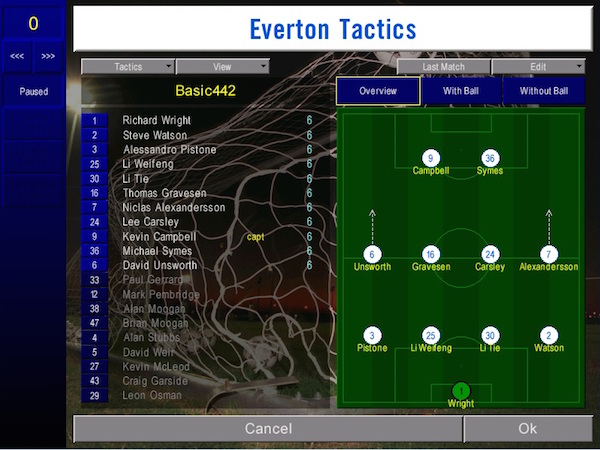 At full time, I wonder if perhaps the players who can’t stand up might have been a better option. We get battered from start to finish. Chinese duo Li Tie and Li Weifeng can’t speak English yet, so I put them both in at the same time, grateful that they can at least communicate with each other. It’s not a resounding success, but they are hardly alone in their uselessness. No-one’s covered themselves in glory here. We’re not gaining anything from this tour and so I cancel the fourth fixture and we all go home. 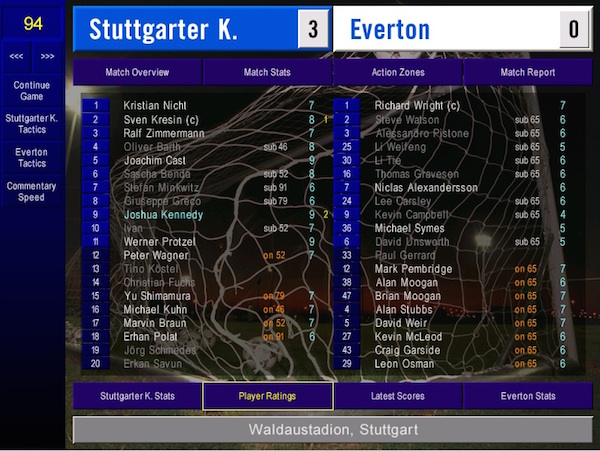 With one eye still on young Duff, I set up a friendly with Cheltenham. We’ll play on August 1 when everyone is back to full fitness. In the meantime, I split up the senior and junior players, putting the kids on training routines designed to aid their technical development. You know, just in case we’re still in business in five years time.

We’ve got Liverpool on the first day of the season and the way we’re playing, they’ll absolutely destroy us. They have Michael Owen and Emile Heskey up front and that’s a whole load of pace. We do not have any pace. With that in mind, I use the Cheltenham game to try an experimental formation that might suit us better. Alan Stubbs can’t run, but perhaps he doesn’t need to run. In the centre of a back three, with an instruction to sit back, perhaps he can just make sure he’s in the right place at the right time. We’ll take some cover from defensive wing-backs and even drop an attacking midfielder between Liverpool’s lines to see if we can take advantage with clever movement. 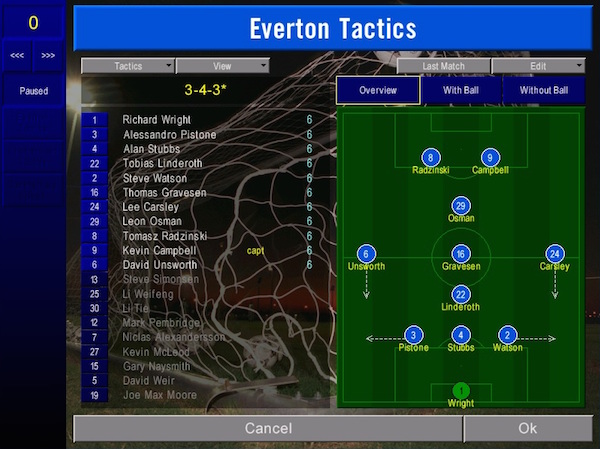 It works rather nicely. Admittedly, we’re only playing Cheltenham, but at least we’re creating chances and looking sturdy at the back. In fact, Pistone and Watson work really well on either side of the back three. Leon Osman doesn’t settle in the attacking midfield role, but he’s only 20 and there’s plenty of time for him to develop. I would have liked more goals, but a win is a win is a win. We don’t get many of them round these parts. 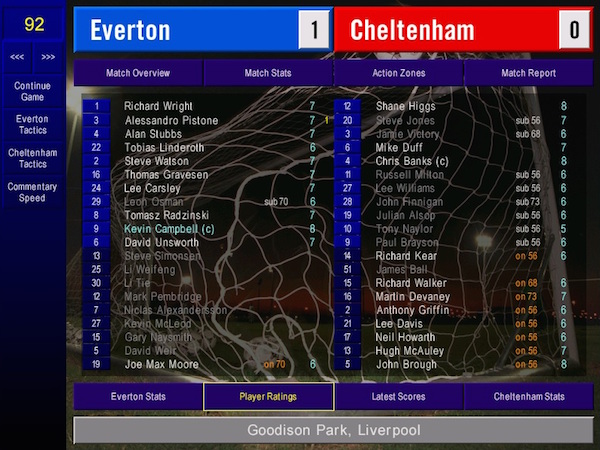 When we get back to Goodison Park there are strange men in expensive suits milling around in the office. It appears that Everton Football Club is officially in receivership. In retrospect, I should have been quicker to spend that £325,000. We can’t afford Mike Duff now. We can’t afford anyone. And if any bids come in for our players, we have to accept. A hard job just got a lot harder. And next week, we play Liverpool… 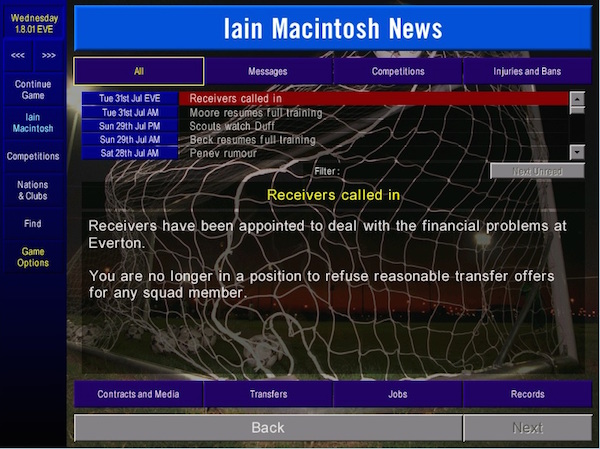