It is time to regroup and rethink. Whenever we have been battered by bad form in the past, we have responded and we have prevailed. So we’ll do it again.

The problem doesn’t seem to be the diamond formation, but perhaps the personnel could be refreshed. Alan Stubbs brings leadership and Joseph Yobo pace and fresh legs. They can take the centre of defence. Li Tie can move into the anchor-man role, where he plays for his country.

That allows a dream central midfield pairing of Lee Carsley and Thomas Gravesen. We’ll push Carlos Dure into the hole, stuff Wayne Rooney up front and put our faith in new striker Kwame Ayew because, well, everyone else has failed us. There is good news however and that is a trip to Wolverhampton. Wolves have only won three games all season. This is a good time to play them. 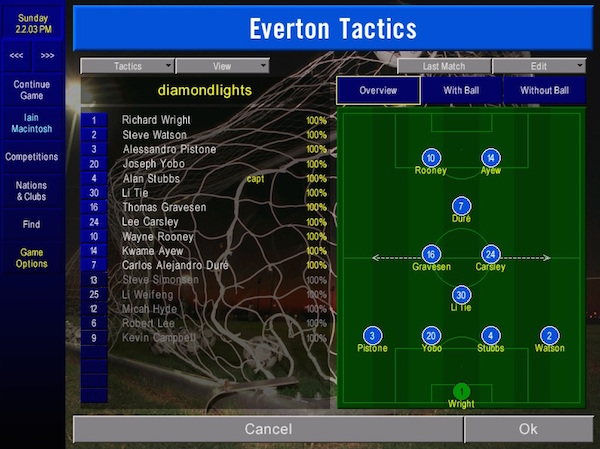 An improved performance, an almost total shut out of the opposition, nine good chances created and yet, a draw is a disappointment. With better finishing, I’m looking at you, Rooney, we could have taken three crucial points from that. But at least we didn’t lose. And at least we played well. Underneath it all, the hearts of my blue dogs of war continue to beat. 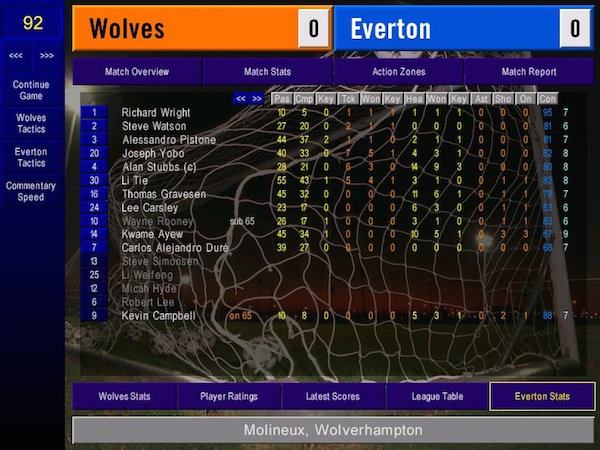 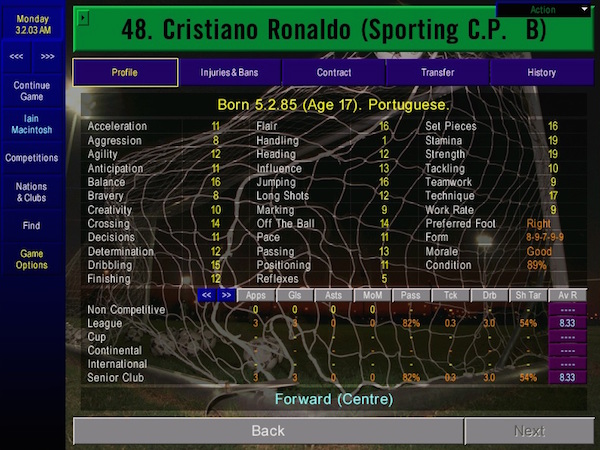 Lisbon agree to my offer instantly. I stare at the screen for a little while. Then I give the laptop a little tap on the side just to make sure this isn’t a stranger glitch. Very, very carefully, I proceed to contract negotiations. I can’t afford to give him any signing-on fee, but I can offer him £12,500 per week. I throw down a grand a goal as a bonus and lash in a £40m minimum release clause too, reasoning that if I do sell him, I will at least have rescued Everton. And then, scarcely able to breath, I press continue. 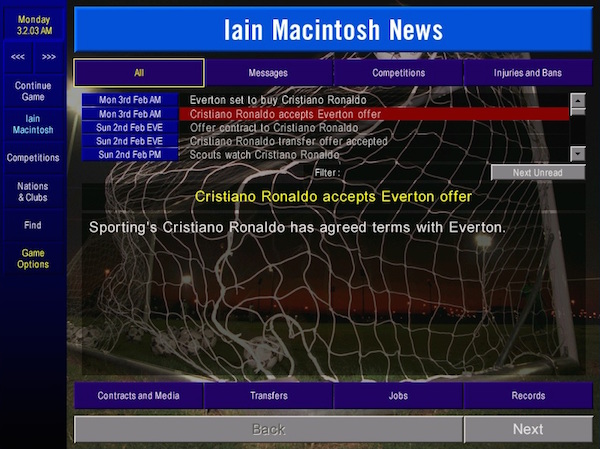 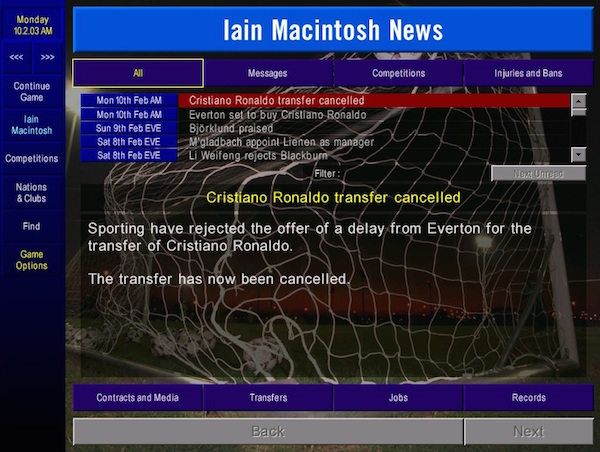 Oh, for fuck’s sake. It turned out that we didn’t have the money and that Sporting Lisbon didn’t want to hang around and wait for a mysterious benefactor to give us the £1.5m required to sign one of the best players in Europe. Oh well, it was nice while it last. Next up, appropriately enough, are Manchester United. We’ll get snotted, whatever we do. 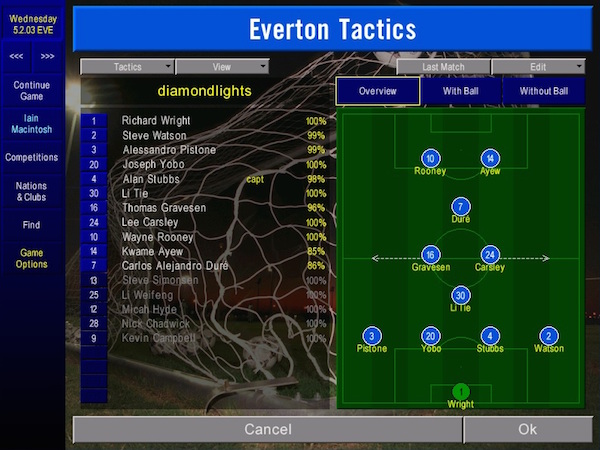 Snotted. Without reply. Even Ronaldo wouldn’t have saved us there. Let’s just try to pretend that didn’t happen and focus on Fulham. 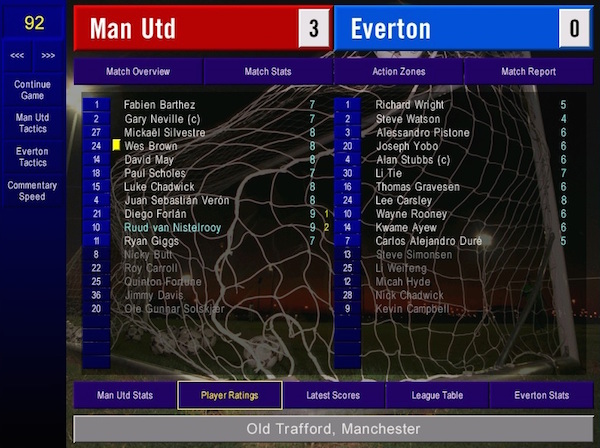 We need to beat Fulham. We need to beat someone. We need some good news. I might start smoking again. Let’s move Rooney back to the hole and bring Kevin Campbell back. He’s the hero we need. 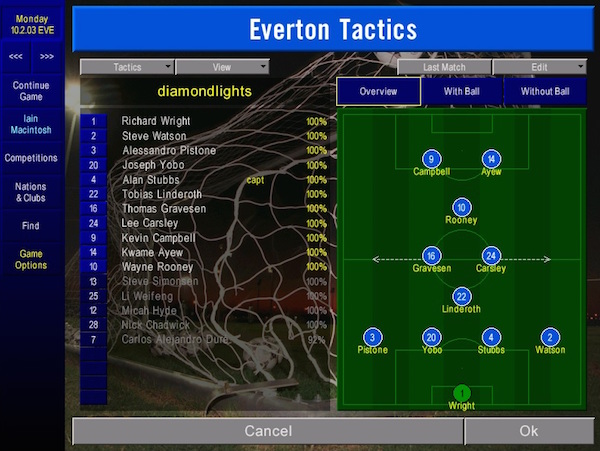 Another good performance and, finally, a win. Rooney sets up Ayew and we have three points. That brings up to 29 points and we’re ever so slightly closer to survival. I feel something odd. I feel something I haven’t felt for some time. I feel… happy. 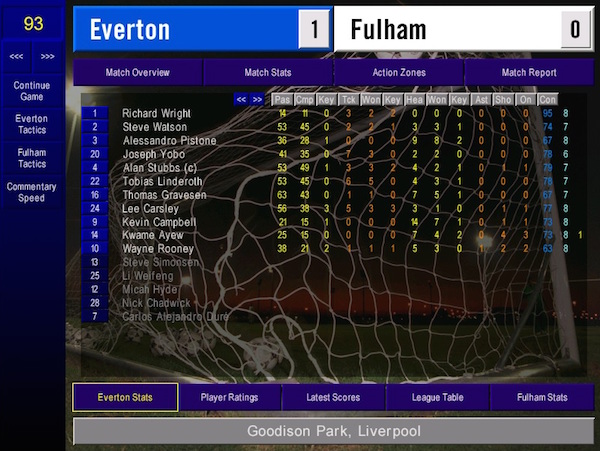 That happiness lasts just about long enough to see Li Weifeng agree a move to Blackburn Rovers. Naturally, we won’t see a penny for his services because we couldn’t afford to renew his contract. We brought him here, we taught him English, we gave him a platform to shine and he walks away like this. We will remember. 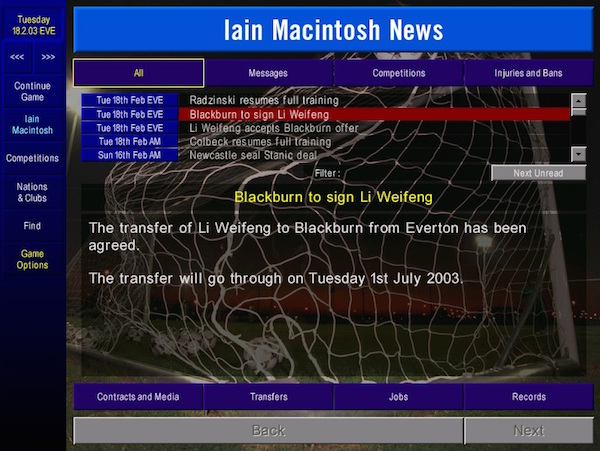 Finally for the month, it’s Leeds United. Well funded, well organised, successful. It’s like opposite day. We’ll play the same team. It’s not like it will make any difference. 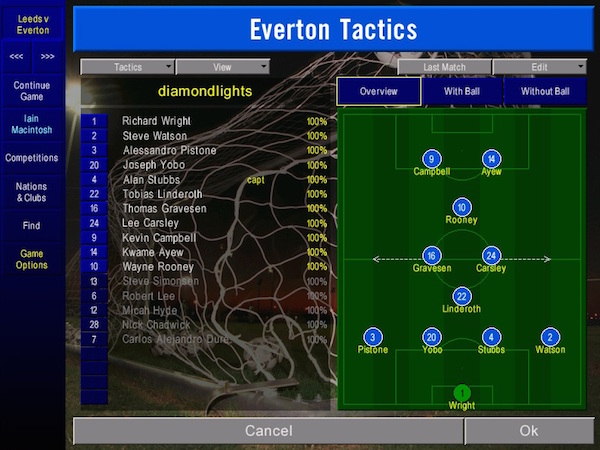 The result is, well, utterly inevitable. In Glasgow they say that, “ye can only piss wae the cock ye got.” Right now, it’s so small that we can’t even get it out of the flies and so, with thudding inevitability, we’re pissing in our trousers. 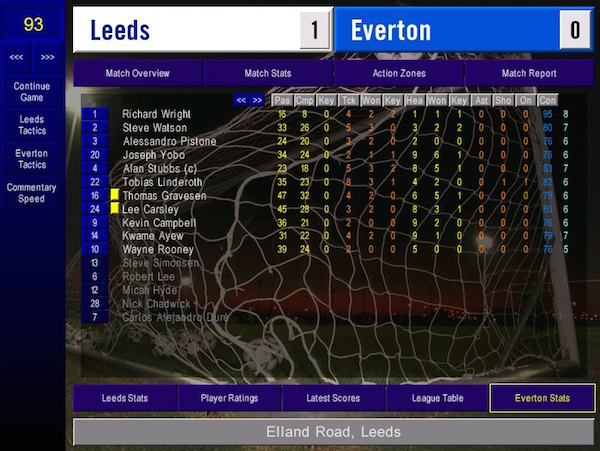 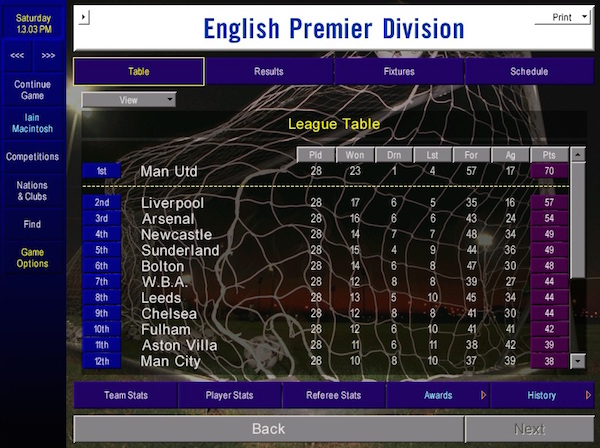 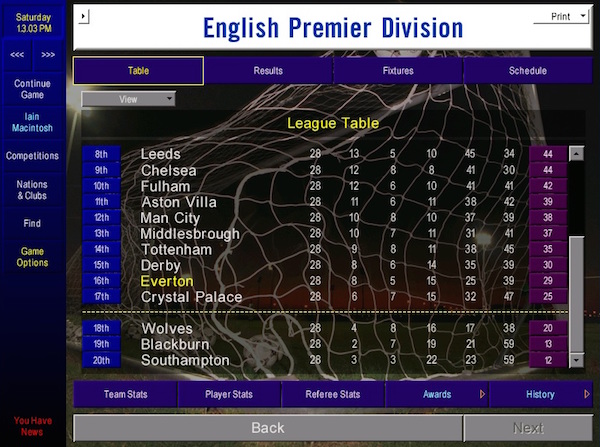