It feels like the first day back at school. I’ve got my pencil case and I’ve got my new bag, I’m eager to learn and all I need to do is to avoid being thrown into a bush by the bigger boys.

I’ve been really thorough over the summer. We’ve said goodbye to some old friends and we’ve welcomed in a few new faces. Rob Lee and Carlos Alejandro Dure will join the first team squad, as will young Stephen Schumacher from the reserves. There are new training routines for everyone, with intensive skills work for the youngsters. Squad numbers have been taken from those who are no longer useful, quietly and hopefully without Duncan Ferguson noticing, and they’ve been handed down to those who deserve them more. Wayne Rooney is our new number ten.

Of course, there are a few outstanding issues. We’re £25m in the shit, Health & Safety have closed several sections of Goodison Park, the training ground is in ‘need of some investment’ and we can’t turn down reasonable offers for our players because the game says we’re bankrupt. But don’t be a mardy-arse. We’re in the Champions League!

Only Zurich stand between us and a shiny trough full of money. Just look at the kind of funds that Champions League regulars Barcelona have to throw around. A war-chest of £24m! Ah, these innocent days. 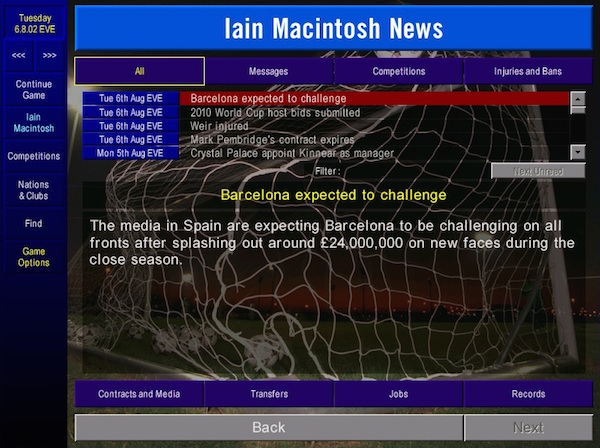 It’s hard to find out much about Zurich because their players are greyed-out. We know only that they play a 5-3-2 and that their midfielder likes to make long runs up front. So it’s standard tactics, zonal marking for everyone with the exception of Lee Carsley, who will man-mark the runner. 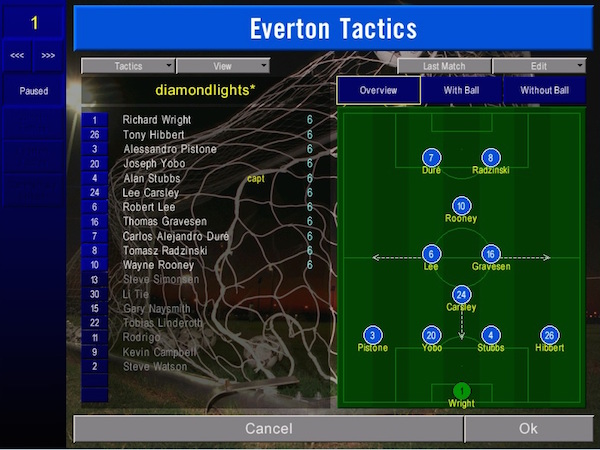 Well, if you’d have offered me a draw and an away goal before the game, I’d certainly have taken it. But if you’d have told me that we’d concede with the last kick of the match having dominated, I’d have been less impressed and actually quite suspicious about how specific you were being about this as-yet-unplayed fixture.

There were lots of positives. We made lots of chances and they were shared around the team, we completed lots of passes and scored a goal, through Carsley, from a set-piece. But how costly will that Zurich goal be?

We’ll have to wait a fortnight to find out. Before the second leg, we’re off to Steve McClaren’s Average Middlesborough who finished tenth last season, winning as many as they lost without spending significant funds or drawing unnecessary attention. Their only change this season is that they sold Ugo Ehiogu to Celtic for £8.25m. This should be a good barometer. Just the one change, a full debut for Li Weifeng who steps in for the injured Alan Stubbs. 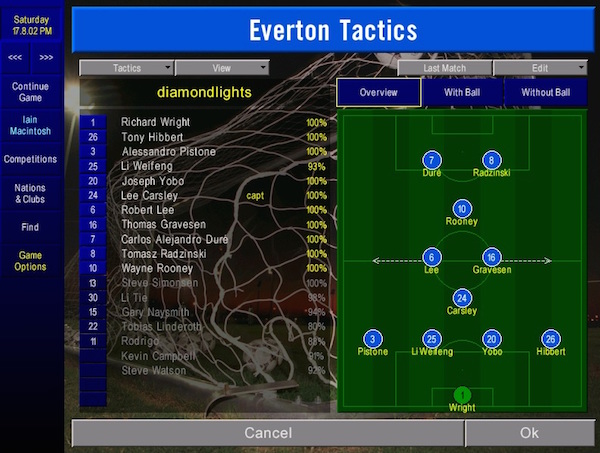 A hugely irritating afternoon. Boro are, as expected, entirely ordinary. They open the scoring with a dubious penalty and hang onto the lead purely because of an inspired performance from Mark Crossley, albeit with the aid of a worryingly profligate Tomasz Radzinski. Having equalised through Wayne Rooney and reached the 85th minute with the scores tied, we accept the draw and everything is tightened up. In the 86th minute, Jonathan Greening scores. This is not ideal. 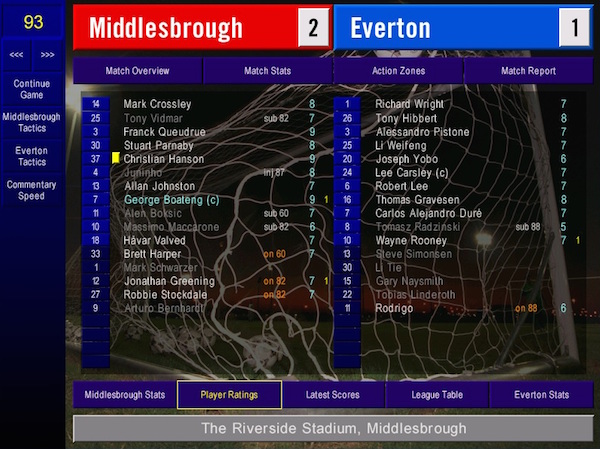 And so for the most important match of the season – and indeed of my career. Beat Zurich and claim a place in the Champions League. Lose and spend the rest of your life wondering what might have been. In real life, that happened to Everton in 2005. I’m not going to let it happen again. Joseph Yobo and Li Weifeng are both unhappy because they’re worried about the club’s finances. I replace them with David Weir and Alan Stubbs. These men worry about nothing. Let’s get this done. 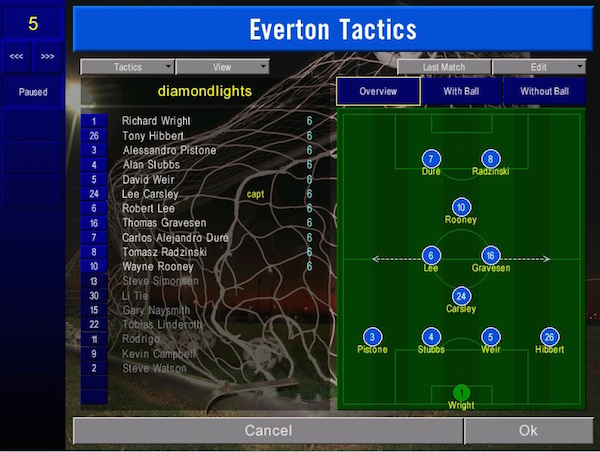 That is… so… fucking… Everton. A team that almost never plays badly, a team with individuals who almost always put in a performance, a team on the brink of transformative change, and they do that. Richard Wright has a bad day, Alessandro Pistone has a bad day, Weir has a bad day, Lee has a bad day. We make ten chances, we put nine of them on target. They only put two on target. Guess who wins? 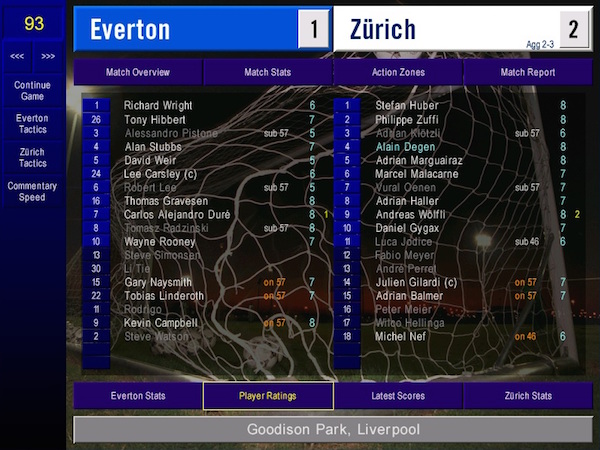