I suppose we have now achieved the bare minimum of our objectives. Thrust into a group with no discernible weak link – save for ourselves – we qualified for the knockout stage of the World Cup. No, there was little in our performances against Russia (a surprisingly straightforward win), Mexico (a last-gasp defeat that we completely deserved) or Japan (fighting back from 0-2 down to win 3-2) to suggest that we’re contenders, but at least we’ve done better than England did in 2014.

But now it’s all getting a bit real. We have Italy in the second round, an Italy side whose real life problems do not seem to be reflected in our abstract universe. An Italy side that is loaded with talent and, presumably, the judgement and composure required to use it effectively. Lads, we’re fucked.

I make a couple of small changes to the team, switching to a counter-attacking style rather than the attacking emphasis that got us in so much trouble against Japan. Marcus Rashford will continue up front with Harry Kane and we’ll look to our full-backs for the sort of width that might trouble the Italians. I’ve also decided to stick with Jordan Pickford after his horror performance against Japan. He’d been very good up until that point and I’m going to pray it was just an off-day. 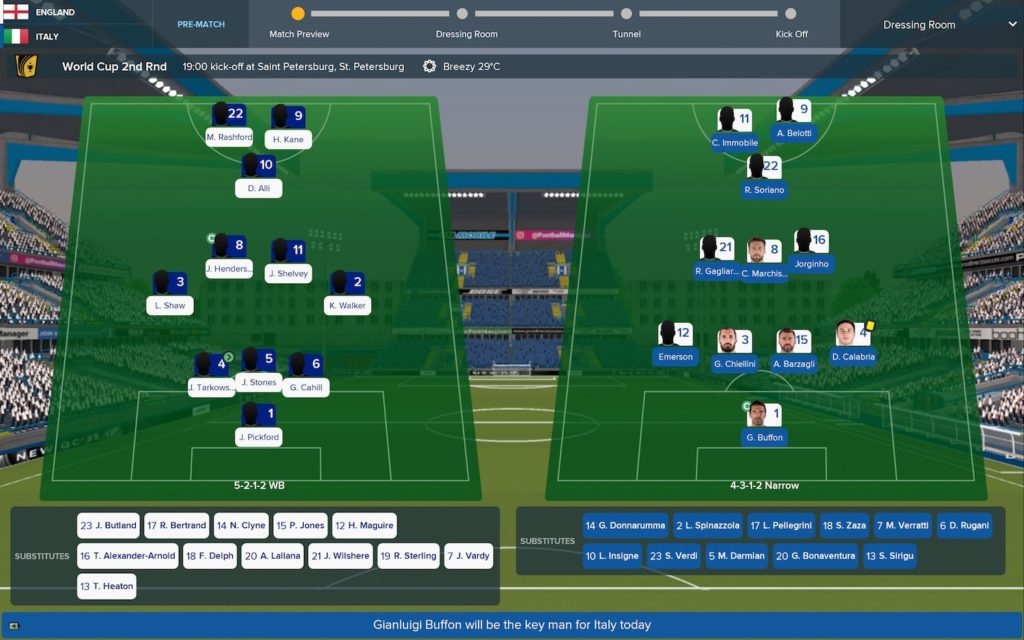 We’re in trouble from the first whistle, giving the ball away quickly and finding ourselves pushed back inside our own defensive third. After 12 minutes, Jordan Henderson is forced to smash a goal-bound shot off the line and Ciro Immobile rattles the post shortly afterwards. This doesn’t look good.

But after 21 minutes, Kyle Walker tosses in a cross that Rashford edges just over the bar. Without Leonardo Bonucci, the Italian defence looks a little light. After 30 minutes, that theory is confirmed. Jonjo Shelvey – yes, I’m still picking him – floats a free-kick in from the right side of the penalty box and Kane rises to power his header into the back of the net. We appear to be 1-0 up. And it stays that way until half-time.

I tell the lads not to get complacent, which brings the traditional reward of a splash of green positivity from most of the team, pock-marked by three or four players getting all upset. But I don’t make any changes at all, mostly because I’m scared of breaking it. I hold my nerve right up until the 56th minute when Luke Shaw and Kyle Walker dip beneath the 60% marker for conditioning, so I swap them both out for Ryan Bertrand and Nathaniel Clyne (remember him?). Thirty seconds later Roberto Soriano hits the bar and I start to tremble.

But we keep making chances. Always from the flanks, always with high crosses, which doesn’t feel right at all. Kane goes very close from a Bertrand centre just before the hour mark, and the fact that we’ve reached the hour mark without doing anything stupid is extraordinary in itself.

Increasingly perturbed and concerned, I withdraw the anonymous Dele Alli and put Jack Wilshere on to pack out the midfield. Bertrand and Clyne drop back into conventional full-back positions, albeit with the licence to attack. We’re a normal looking 5-3-2 now and after 10 minutes of nothing particular happening, I switch us to defensive as well. And then something does happen.

After 82 minutes, Clyne pushed up the right flank and plays a nice ball inside to Kane. He bursts into the penalty area, takes defenders with him and then flicks one to the far post. And there, racing into the six yard box is lovely Marcus Rashford to tap home a second. There are eight minutes left and we’re 2-0 up. 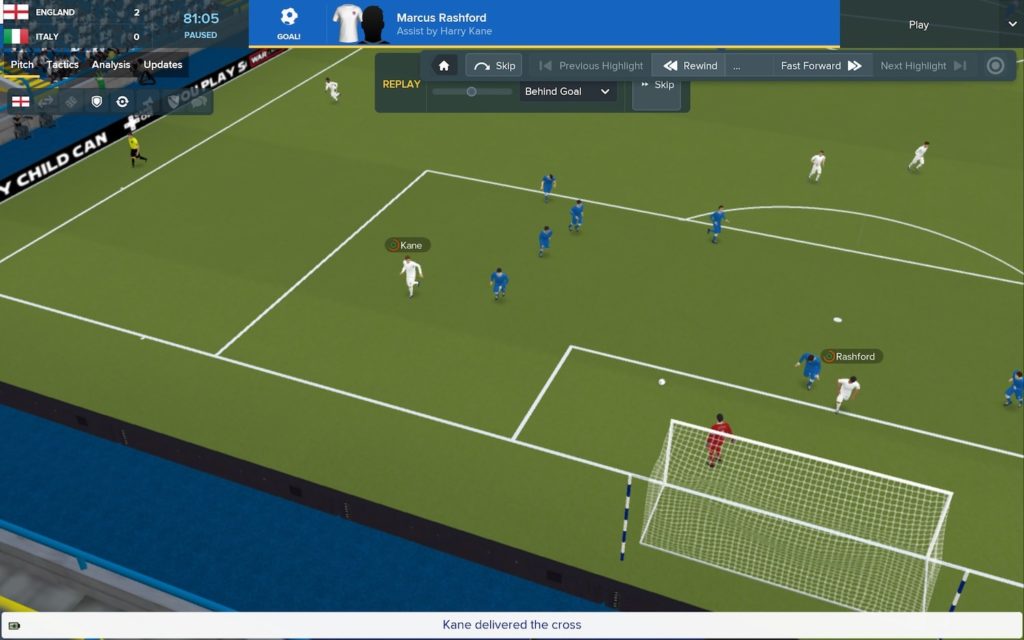 Naturally, it’s not over. It never fucking is. Immobile hits the bar with six minutes left and Zaza hits the post in injury time, giving the Italians a remarkable four clear hits on the woodwork. But that’s as close as they get. England have done it. England are in the quarter-finals. The last eight. There’s a chance here. There’s a chance of glory. If we can just get an easy fixture, we could make the semis… 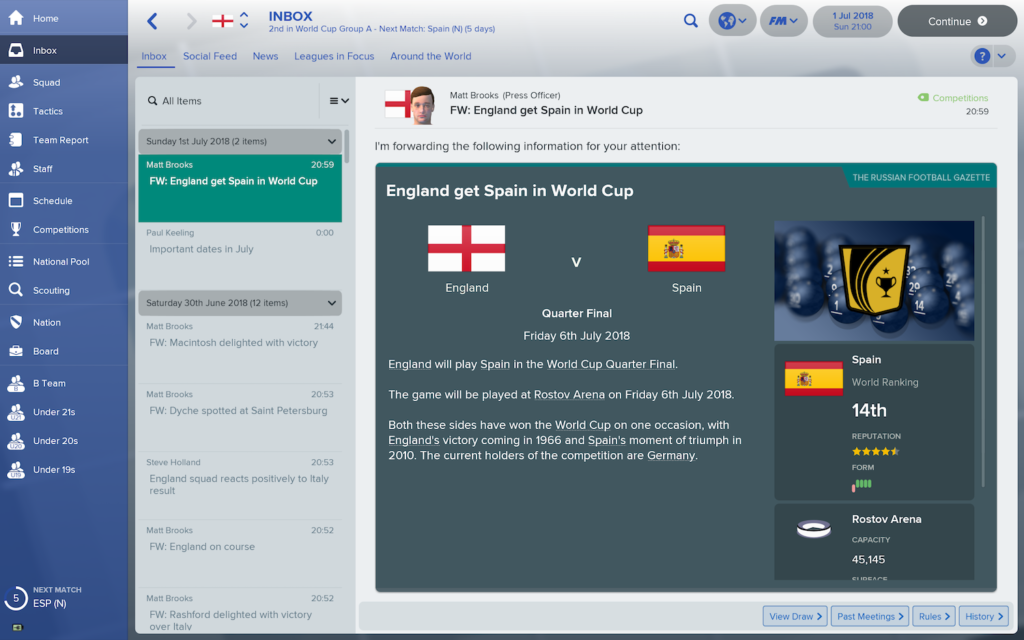