As kick-off approaches in the first Celtic vs Rangers clash of the new FM17 Project, The Set Pieces is delighted to announce the start of a beautiful new friendship with BetBright.

We’ll be working with them in 2017 to take this project to new levels, offering more live games, more video coverage and more depth than ever before. We’re very excited to be working with BetBright and we hope you understand why we had to slow down the episodes this month in order to open with the big head-to-head game.

And now for a message from the new board… 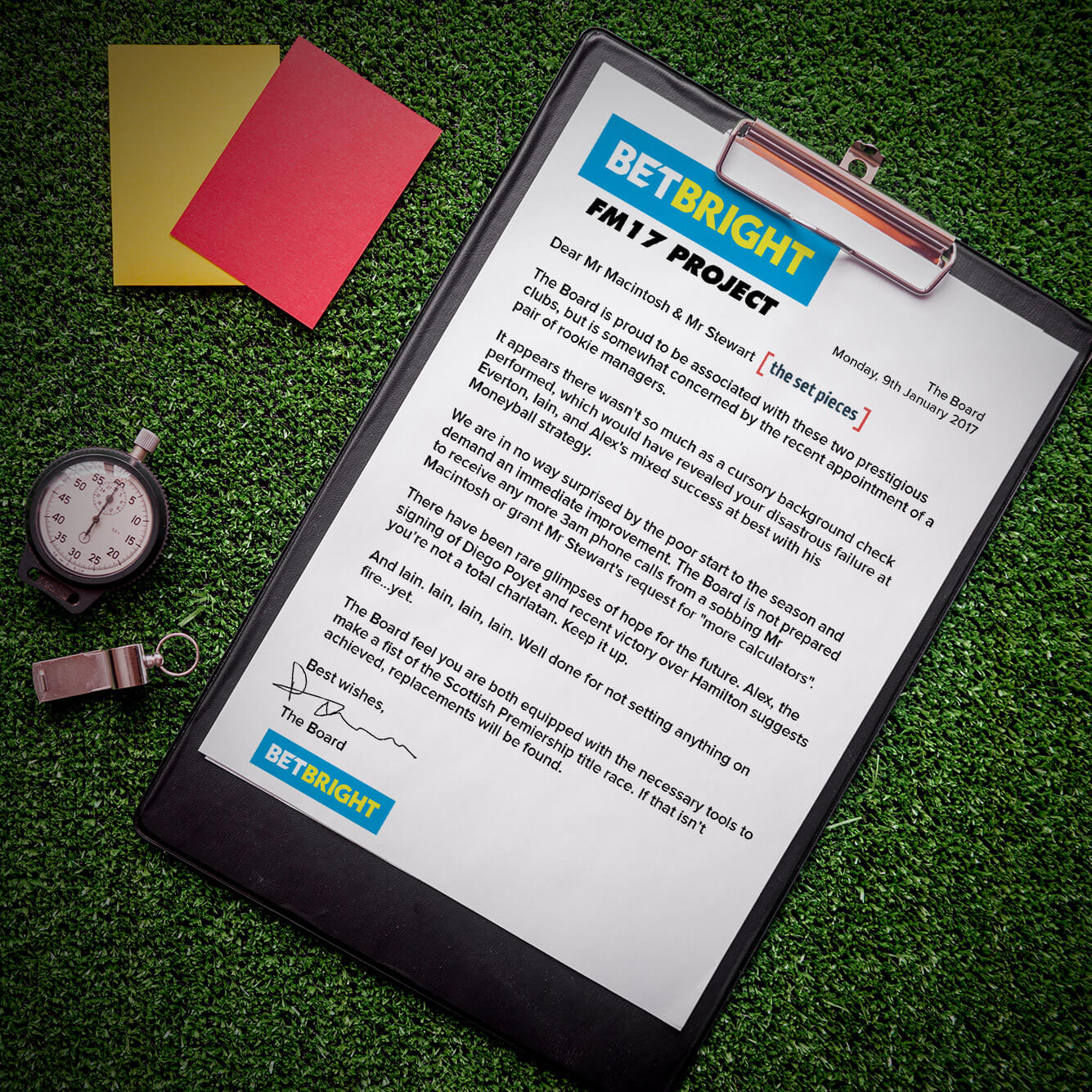 Since the launch of The Set Pieces almost exactly two years ago, we’ve strived to create something a little different; a home for quality football storytelling.

Sometimes those stories are real, like Joshua Law’s wonderful feature on Mirandinha last week. Sometimes they’re surreal, like Seamas O’Reilly’s extraordinary reviews of Steve Bruce’s detective novels. Sometimes, in the case of what will now be known as the BetBright FM17 Project, they’re very odd ideas that became bewilderingly popular.

Whatever the story we’ve told, we’ve always insisted from the start on paying writers for their work. We made a point of paying our interns marginally above the London Living Wage. They said we were mad. And they had a point. But we’ve done it our way, we’ve pursued quality and originality, and we’ve listened to your feedback.

We want to take this opportunity to thank you, the reader, for continuing to support us over the first two years, following us on social media, sharing the articles, and telling your friends about us. It’s because of you and your faith in our site that we look forward to 2017 and the continued development of The Set Pieces.

Join us on Facebook at 2pm on Tuesday, January 10th for a live stream of the first Old Firm derby of the season.