Some of you will know Alex Stewart from his Football Manager Moneyball series on The Set Pieces last year. But others may be wondering about his managerial ethos as Rangers boss in the FM17 Project. What exactly is Moneyball? What rules will Alex be playing by? Will it make a laughing stock of Iain Macintosh? For the uninitiated, we’ve put together this guide…

Unless you have hundreds of millions of pounds to spend, you’ll never have the chance to put all your ideas into practice when running a football club. A few months ago we spoke to data analyst Bill Gerrard, who worked with Billy Beane at the Oakland A’s (baseball’s original Moneyball team) to ask about the principles behind the philosophy. Gerrard defined it as “using all the evidence and the data to try and compensate for the resource gap”. It’s about eking as much as possible out of the tools and funds you have available.

The ideas behind Moneyball have, at times, struggled to translate to football. But when Liverpool splurged north of £50million on Stewart Downing (because of his key passing stats), and Andy Carroll (because of his ability to get on the end of key passes), it somewhat skewed the perspective of what Moneyball actually is. There are now data analysts working at every professional club, finding the marginal gains to boost a team’s performance. We even spoke to one here, who started his career as a scout for Football Manager. 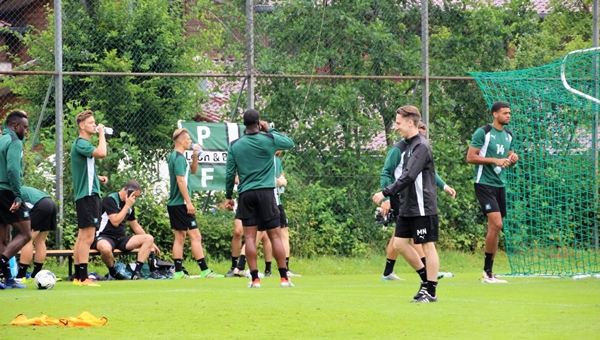 With Football Manager becoming more realistic and more immersive every year, we previously asked Alex to undertake a theoretical experiment. How far could he take a club in five seasons following a strict adherence to the ideals of Moneyball? It worked pretty well and, as you’re already seeing at Rangers, Alex has his finger on the pulse when it comes to making the most of his scant resources. That’s why his first move was to sign Diego Poyet on a free transfer. He’s a shrewd git, as Iain Macintosh might say.

So what are the rules Alex is playing by? There’s a full list of Kuper and Szymanski’s guidelines to Moneyball in Soccernomics, including some – such as sight-bias (something Gerrard talked to us about here) and personal issues – which are not really relevant to Football Manager. 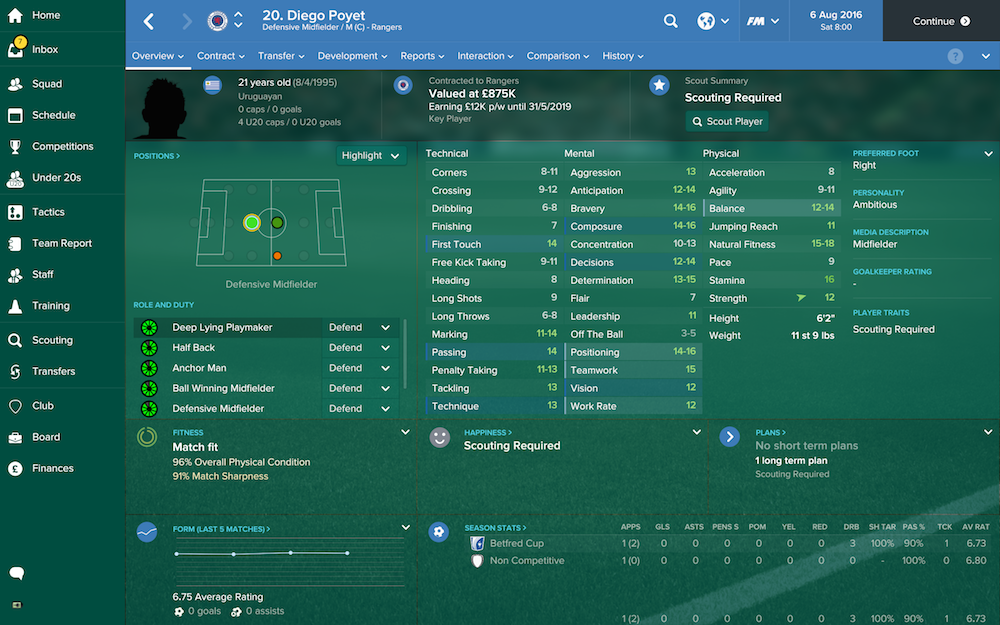 Here’s a breakdown of the rules Alex has set himself as he tries to unseat Iain Macintosh in the Celtic v Rangers challenge. (Page references in brackets if you’re curious.)

Similar to Soccernomics, The Numbers Game by Chris Anderson and David Sally, is another excellent book on how data is used in football.

In Alex’s words: “This book gave me one rule that became a cornerstone to everything else I did: the theory that the best way to improve a team is by identifying and replacing the weakest links, rather than by splashing out on making the best links even better. The other idea that I liked (and thus stole) is that a clean sheet is worth just over two goals scored in terms of points across the course of a season. The corollary to this, then, is a focus on defence over pushing too hard for a win.

“It applies to the strategy behind purchasing players too: if defence is more important, it stands to reason that strikers are over-valued. It seems obvious, but in many respects this is challenging thinking for someone playing the game, who wants to buy expensive forwards and play attacking football to rack up huge wins; it may be that a more conservative approach privileging goalkeeping and defence is a longer-term guarantee of success.”

Following these principles, Alex achieved great success with his Bristol City side. But will it work the same at Rangers? We’ll find out soon enough…

For more video highlights including live streams, join us on Facebook.