Here’s Alex Stewart on how to play like Atletico Madrid and Mourinho’s Chelsea in 04/05.

In 2000/01, Channel 4 showed Serie A games live on Football Italia for the last time. I, for one, loved the show, the style of the league, and the winners of that final season had some swagger.

Fabio Capello’s Roma, spearheaded by Gabriel Batistuta, playing ahead of Francesco Totti in the trequartista role, were anchored by Walter Samuel in defence and Emerson and Damiano Tomassi in midfield. Width was provided by the wing-backs, Vincent Candela and the magisterial Cafu. But it was Totti who made the side sing.

Capello was a tactically astute and flexible manager who made a virtue of adapting his systems to the players he had at hand. Inheriting a great Milan side, for example, he made almost no changes because the squad knew the system so well.

At Roma, his innovation was switching to a back three, using the left-footed Samuel on the left side and Jonathan Zebina on the right. Both pushed forward and tackled hard. Zago or Aldair covered behind, not as a sweeper, but as a deeper centre-back. This allowed Cafu and Candela to get forwards, although this side prioritised defensive shape and left much of the creative work to the front three. 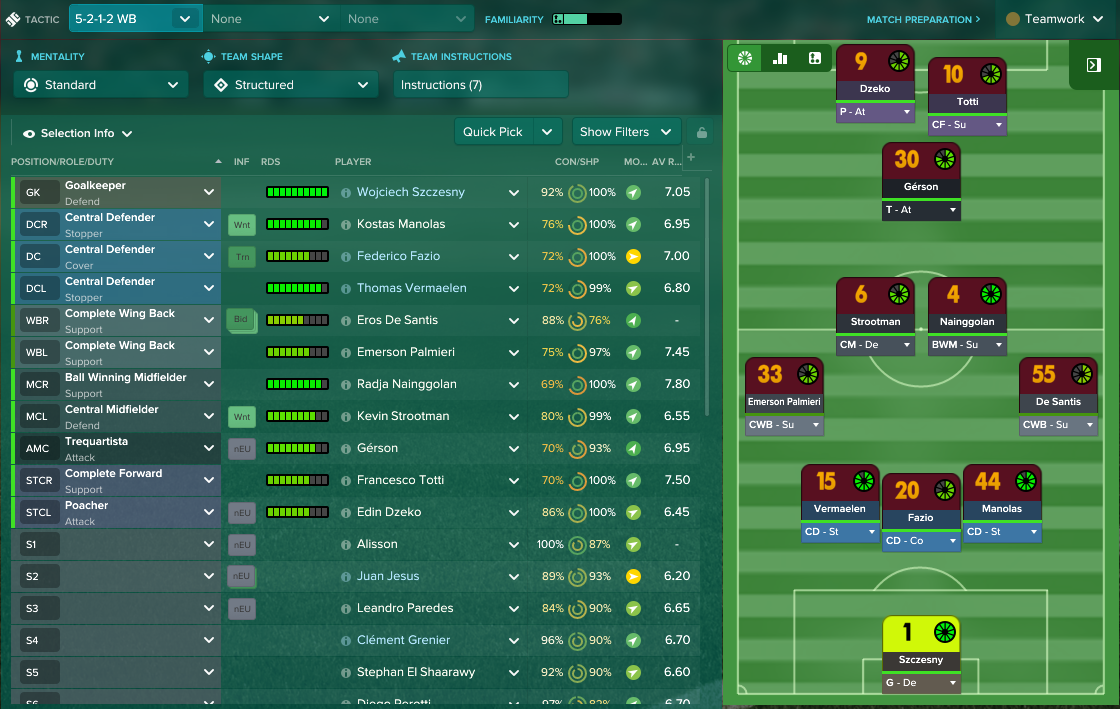 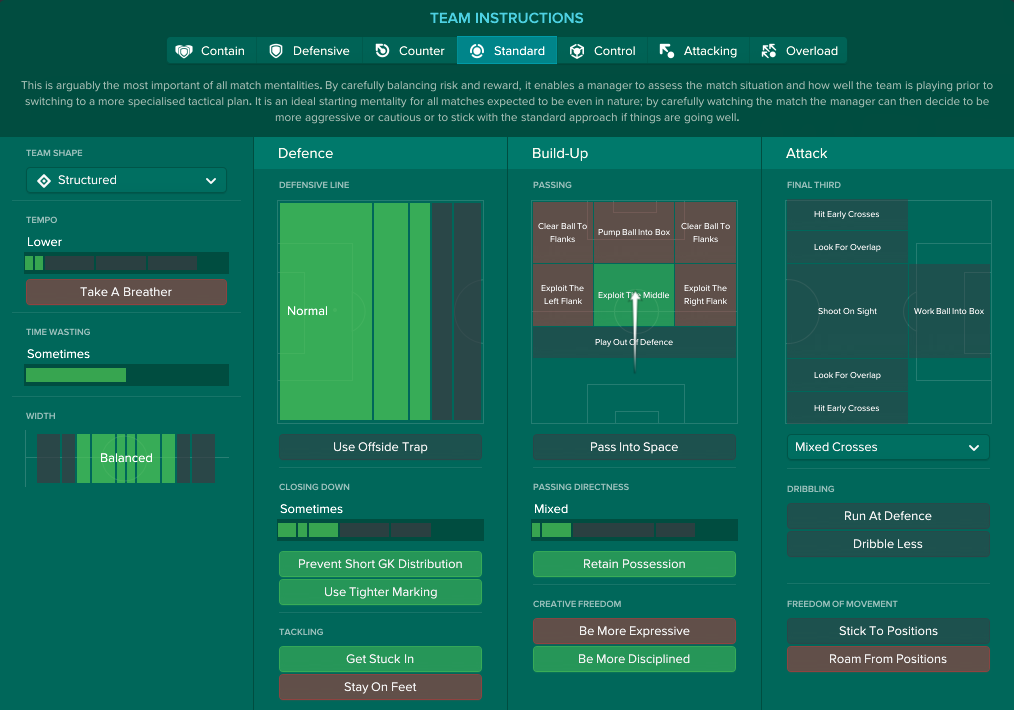 The basic shape is therefore a 5-2-1-2. Roma didn’t press a huge amount and played a slow-ish tempo, patiently probing, so I’ve gone for a lower tempo, retaining possession, and mixed passing because that allows for the odd risky pass but keeps the general style the same.

The team plays with a structured mentality, because this Roma side was essentially a 7 plus 3, where the midfield rarely strayed forwards too much. I’ve also assigned both CMs instructions to play fewer risky passes and hold position. The complete wing-back roles are ideal for what Cafu did, although you might consider being a little more conservative based on the personnel available – Cafu was pretty unreal, after all.

The outside centre-backs are snappy and push forward, as the stopper role indicates, and I’ve also selected tighter marking and ‘getting stuck in’: prepare for yellow cards. The back line keeps its shape well, and the wider centre-backs will drift over to cover if the wing-backs are caught out. The midfield also drop quickly, congesting the centre and making this side hard to score against. 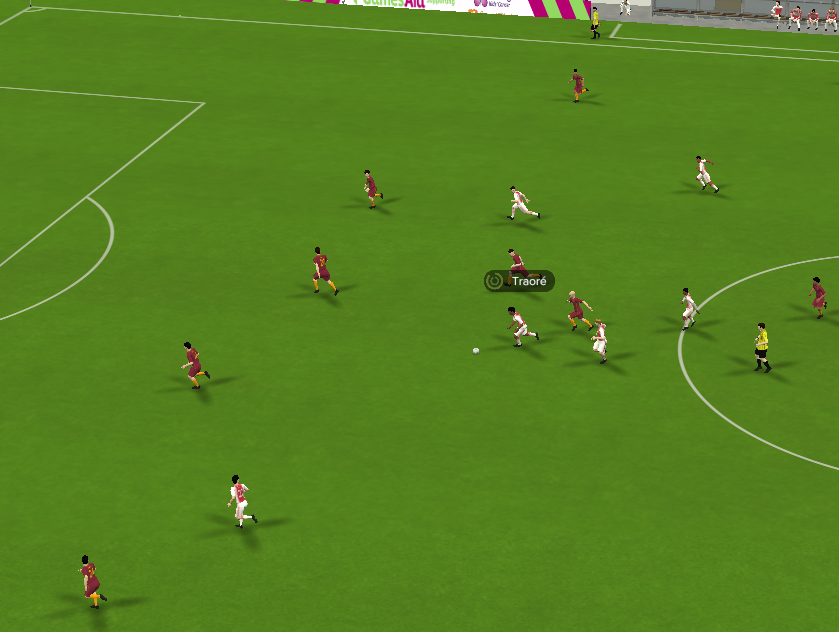 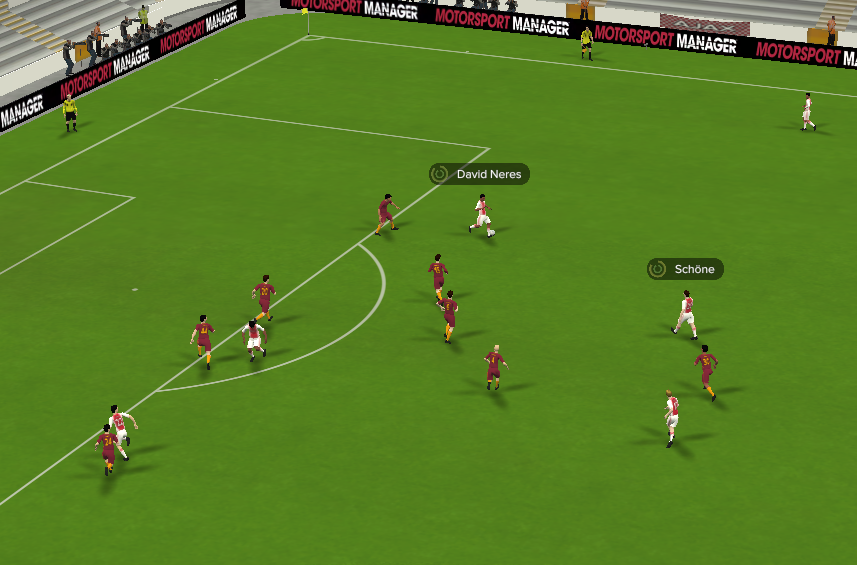 In attack, the burden is on the trequartista, but, by all means, pick an enganche or an advanced playmaker if you’ve got players better suited. The point is having a proper creative player in the hole with no responsibly other than scheming and setting up the strikers. The wing-backs will create too, as the below shows. 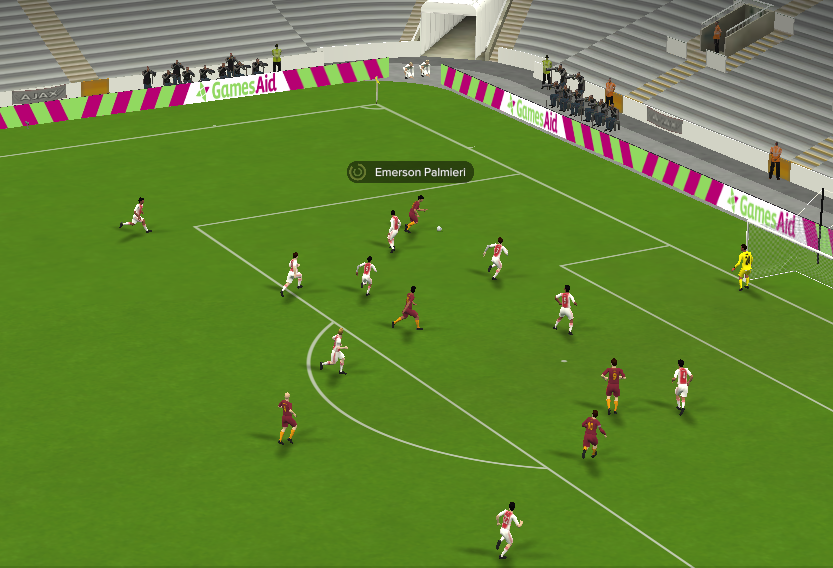 The strikers are a bit of an issue for this formation, as Capello used two very different players in Montella and Delvecchio alongside Batistuta. Montella was an out-and-out poacher, while Delvecchio was more of a defensive forward. The easiest work-around, players notwithstanding, is a poacher and a complete forward on support. This will give you balance.

Like all tactics on FM, you need the right squad to make the Roma 2000/01 system work. But if you’ve got bombing wing-backs, aggressive midfielders, free-scoring strikers and anyone even approximating the great Totti, you too can recapture the glory days of Football Italia’s swansong.