You don’t have to be a massive hard-ass to be a football manager, but it’s difficult to deny that it helps.

There’s no one who embodies the abrasive never-say-die attitude in the dugout more than Diego Simeone. His Cholismo system, so called after Simeone’s own nickname and a testament to his tenacity, has taken Atlético Madrid to the heights of Spanish and European football.

The aim is simple: reduce opposition chances, and play a risk-averse, counter-attacking style predicated on teamwork and releasing players with individual flair.

I built an Atléti tactic and ran it using Simeone’s own side but, with the right players, this system can be a winner with any side. Here are the team roles and instructions: 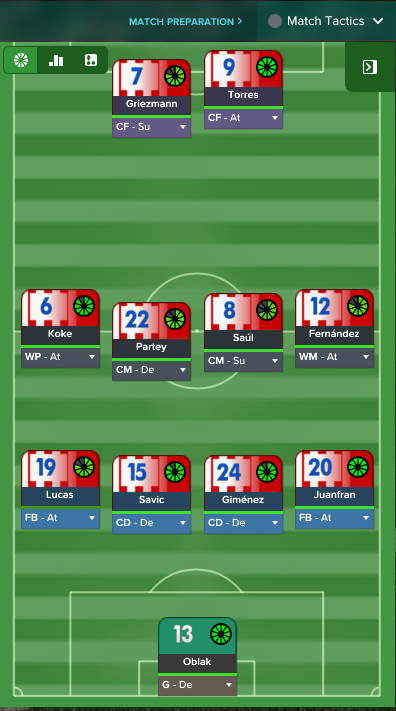 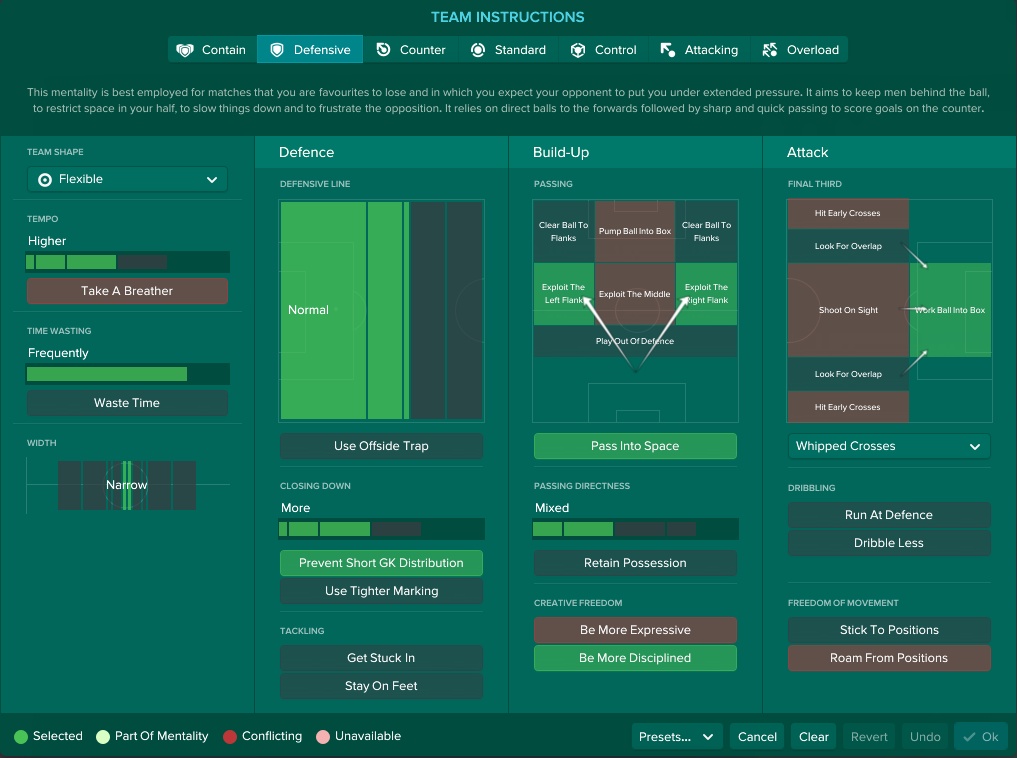 The aim is to create two solid banks of four that defend and attack together. Mentality is key: ordinarily, I would look for ‘very fluid’ to create that sort of approach, but I also want my strikers to be ready for a quick break. So ‘flexible’ plus ‘more disciplined’ gives me that shape.

Despite being essentially a defensive formation, this approach still yields plenty of attacking opportunities. It’s more about having your team sit deep and break quickly, rather than just shutting down and playing the ball about among themselves.

Exploiting the flanks and passing into space encourages quick breaks down the wings, where Koke is used as a wide playmaker. My preference for the other wing is Augusto Fernández for his high work rate and intelligence.

The team plays very narrowly, which congests the centre of the pitch – just as Simeone’s side does – and forces the opposition out wide where the ‘more closing down’ instruction comes into play. 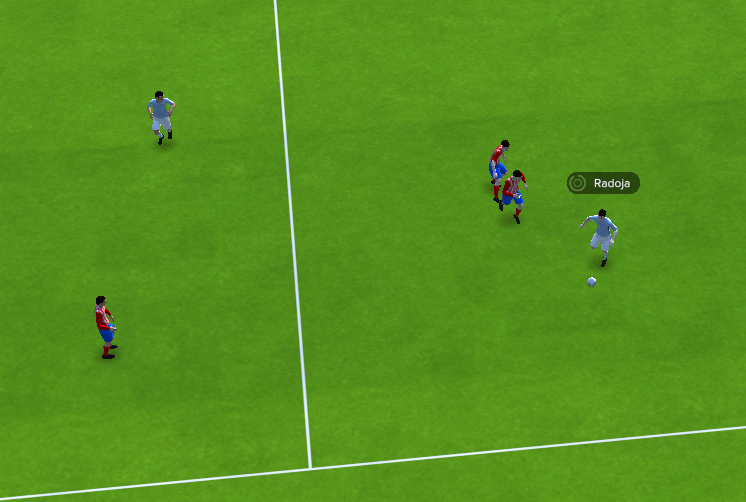 Simeone’s teams press intelligently, tending only to swarm on the opposition when they have been forced out to the flanks.

Atléti enforce a triangle press around the player with the ball, or centrally when a player miscontrols or is facing their own goal. You don’t want to press too much, though, or the shape is lost. I would instruct the team to close the opposition wingers but no one else.

The team defend through the centre with narrow width, doubling up where possible, while the strikers linger close to the opposition back-line or in the horizontal channel between midfield and defence, always ready to break onto a turnover. 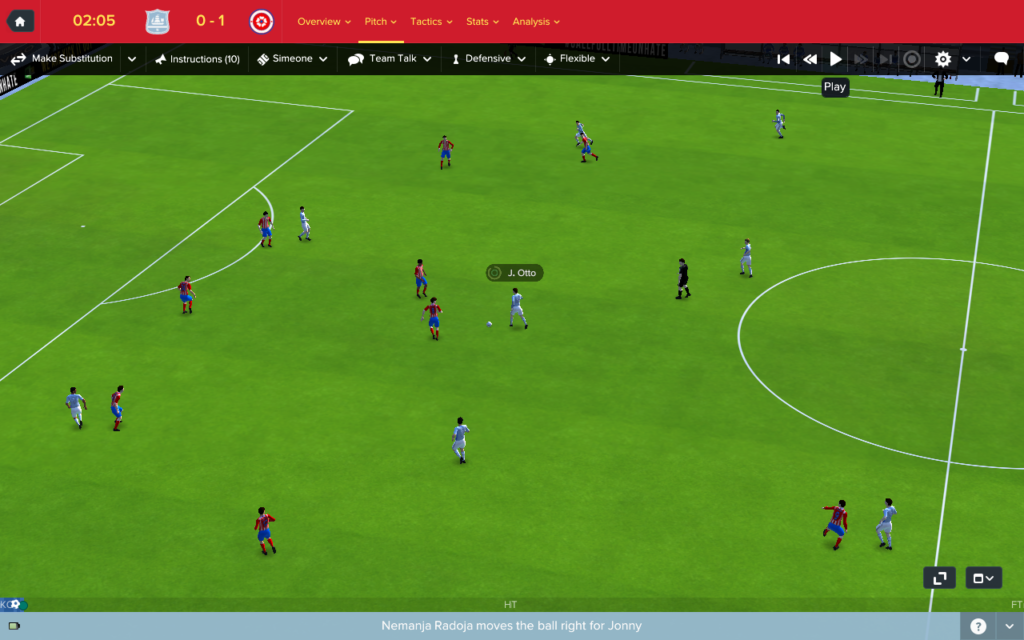 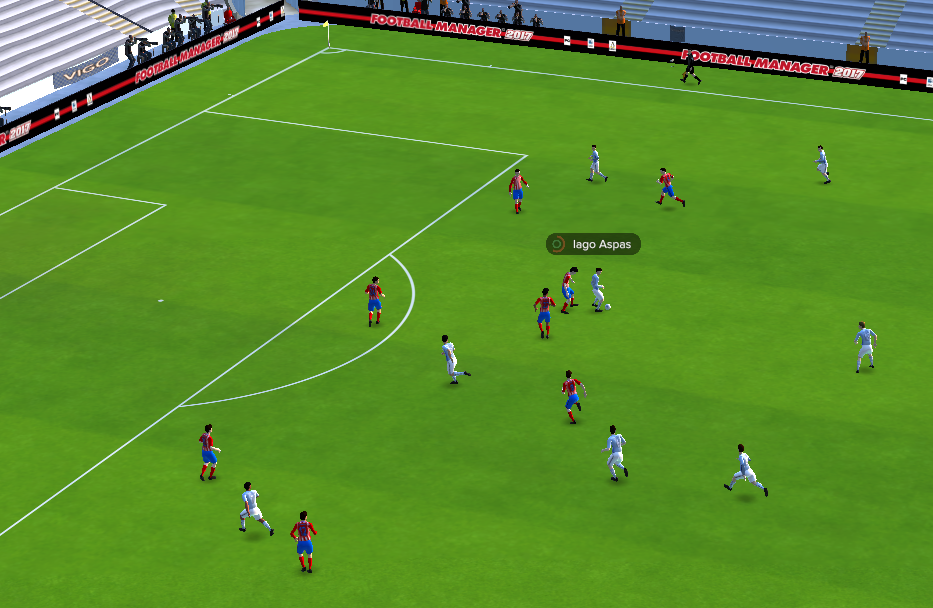 This system is certainly one that relies on having the right players. Atlético Madrid already do, which is why the system works so well for them on FM17. Fernández is quintessential Atléti in this regard. High attributes for determination, work rate, and teamwork, as well as stamina and concentration, are the basic blend of mental and physical attributes required for midfield and defence in this system.

When scouting to replace players, then, I would look for ones who have at least 14 or 15 for those core values, before assessing them in other regards.

The forwards are a bit different: while they need stamina and determination, due to having to shuttle up and down a bit, I would also be looking for flair and off-the-ball values, so that their individual skill and movement harnesses the opportunities that come from breaking quickly.

This system can be a great success. Tough to break down and capable of producing scintillating counter-attacks of unstoppable pace, it’s one that works especially well where a squad has a solid foundation in defence and midfield, with one or two game-changers up top.