You would call the CM01/02 Project an emotional rollercoaster, were it not for the fact that rollercoasters are considered by many to be an enjoyable experience. There was very little that was enjoyable about eight seasons of relentless trial, error and punishment with Everton and Portsmouth. At least, not unless you’re the sort of twisted soul who enjoys laughing at other people’s misfortune. Ah…

We’ve released Iain Macintosh from his obligations now and given him the chance to recover before the next adventure. But before he left, we wanted him to relive the experience all over again. Here, taken under duress, are his memories. 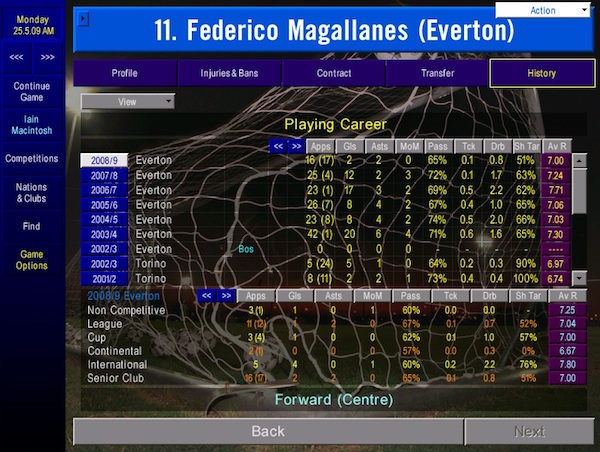 Yes, I still remember the day that Federico Magallanes came into my life. It was a wet Monday and I was embarking on one of those long, thankless player searches you force yourself to do every summer when what you really want to do is rapid-fire the continue button to the next season. It was the end of season two and I had no money, so only a free transfer would do. But I tell you this, now. If that boy had cost me £10m, he would still have been a bargain. He scored twenty goals from behind the strikers in that first season and he never let me down. But as well as being my greatest signing, he was also my greatest mistake. In 2006, I believed that his legs had gone and that I could use him to raise funds for a new goalkeeper. Thankfully, after half a season and a collapsed move abroad, I was able to rectify that mistake. Did he sulk? Did he hold it against me? Did he bollocks. He scored 17 goals in 23 games. What a man. What a man. What a man. What a mighty good man. He was a mighty, mighty good man. 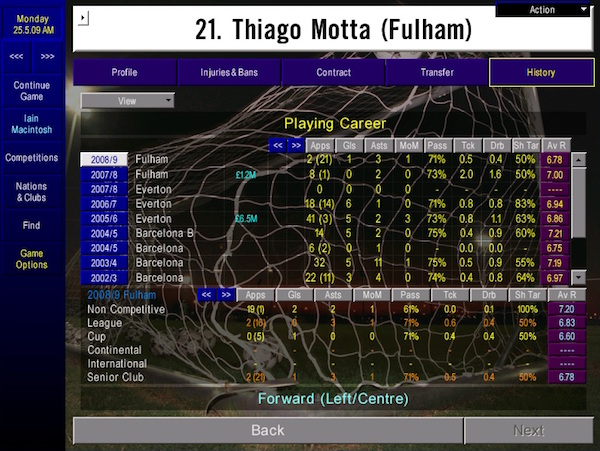 I still don’t understand it. How can a man who gets a 7+ average at Barcelona fail so miserably at Everton? Thiago Motta was supposed to be one half of my midfield for a five year period. In the end, he lasted 18 months and I had to get rid of him. He even had the temerity to change his favoured position from a midfielder to a striker, albeit a very poor one. I know it doesn’t seem much by today’s standards, but £6.5m was a huge chunk of my annual budget. I was lucky to get £1.2m of it back. That said, the boy did eventually offer something to Everton. He always seemed to pop up against us when we needed three points. So needless to say, I had the last laugh. 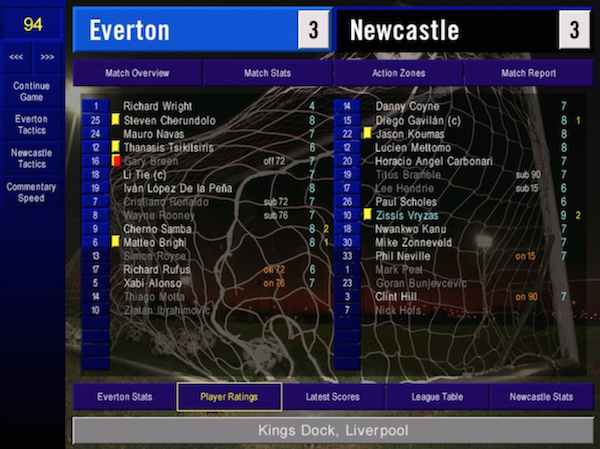 Under my stewardship, Everton became renowned for doing the sort of things that no other team could do. Like following up a brilliant 4th place finish with a desperate battle against relegation. Or buying Micah Hyde. But we were never more Evertoney than this day in 2006 when we were 3-1 up at home to Newcastle with four minutes to go and managed to draw 3-3. Admittedly, we were down to ten men after the dismissal of Gary Breen, but even so. There was some indoor language in the office when this game finished. 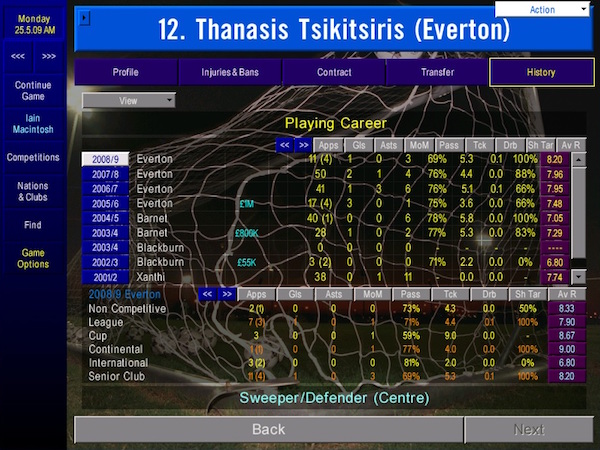 Oh, how some people mocked when I gave Barnet £1m for Thanasis Tsikitsiris. He’s another Gary Fisken, they giggled. Absolutely not. The Greek Lad took his time to break into the side, indeed he spent most of the 2005/06 season on the bench. But I could only hold him back for so long. Alongside Gabriel Milito, he became one half of the most formidable partnership in English football. And he got a few goals too. I miss him. Even now. 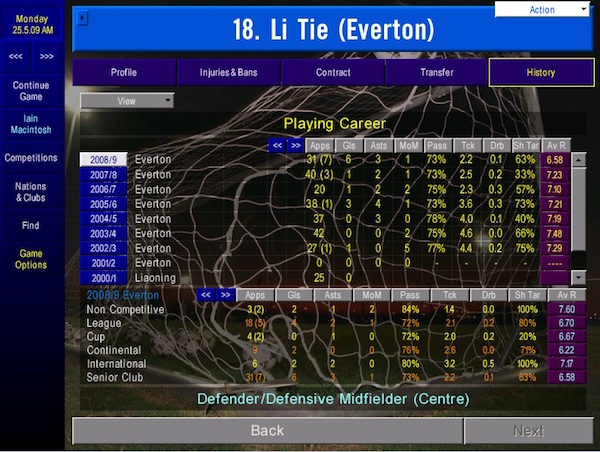 There were better players than Li Tie, but there were few more faithful. He played everywhere for me. After a season in the reserves to learn the language, he became a hugely respected member of the back four, then of the midfield, then of the bit between the back four and the midfield. And then wherever he was needed. He never moaned, he never begged for first team football, he just kept showing up and he kept helping. If the age difference didn’t create so many insurmountable problems, I’d let him marry my daughter. 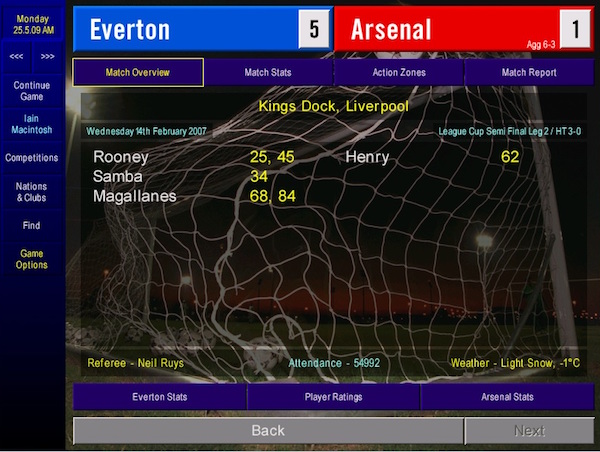 The aim of the challenge was always to win silverware, but Everton’s enduring incompetence made that far more problematic than it should have been. But then we had than League Cup run and everyone was falling at our feet. Everyone except Arsenal, of course. They beat us 2-1 at Highbury in the first leg and we had it all to do at the Kings Dock. But when we absolutely had to pull a result out the bag, we pulled out something extraordinary. Arsenal were obliterated, it was unprecedented. We went on to win the cup, but that oddly, that wasn’t the biggest positive. The biggest positive was that we no longer had reason to fear the big names. 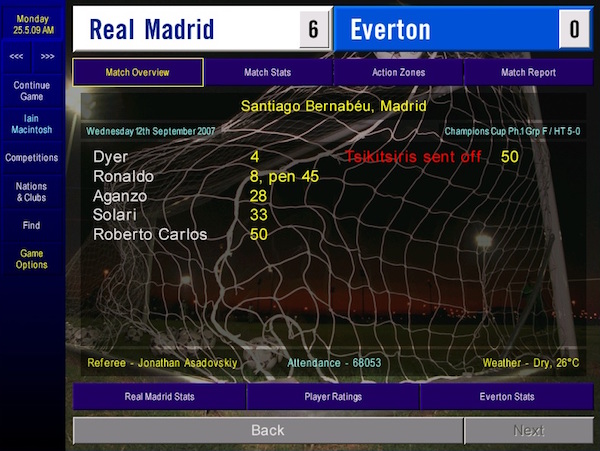 Well…not all of the big names. We’d waited a long time for our first game in the Champions League group stage. I was determined not to blow it. I wanted to go to Real Madrid and teach them a lesson in respect. Unfortunately, it was very much the other way around. 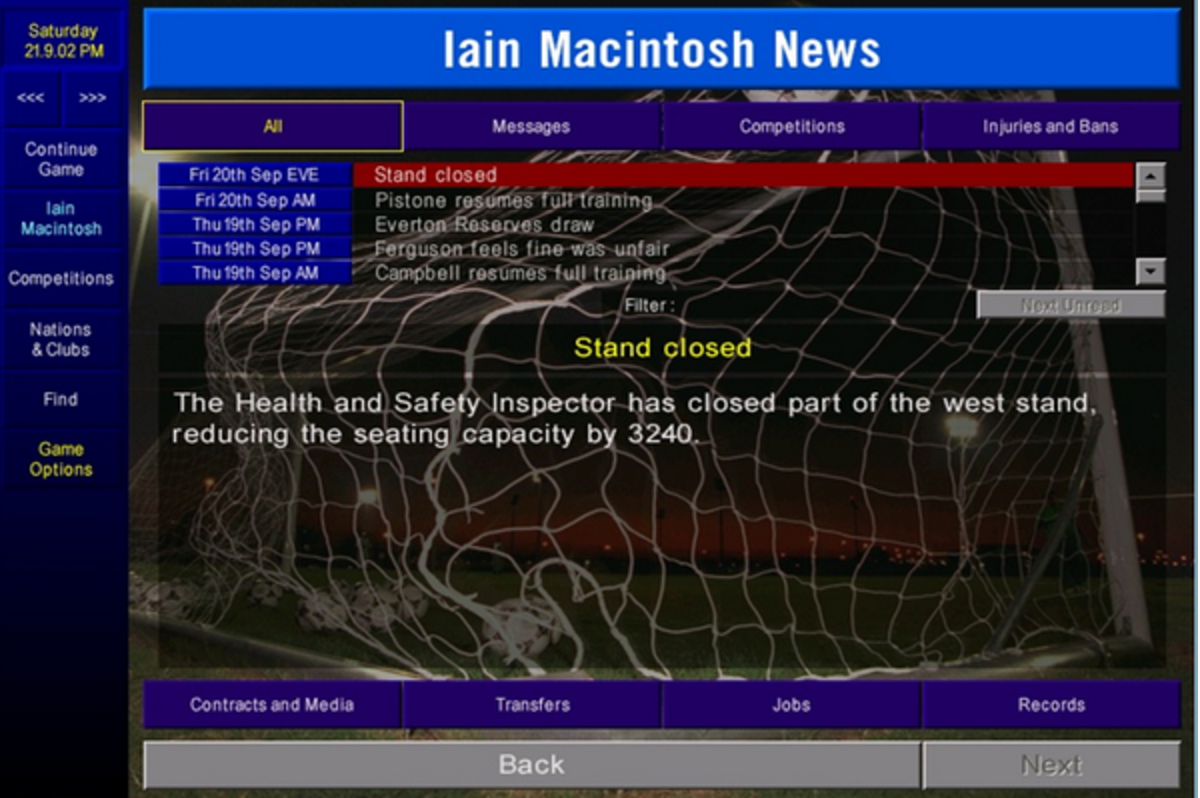 Even without the financial problems, this was already a difficult challenge. Everton’s squad at the start of the game was wretched. To take a wretched squad and make it better without spending money was nearly impossible. But when Health & Safety started to close down sections of the stadium, it actually was impossible. Completely impossible. And probably a bit dangerous. Attendances dropped towards 20,000 eventually and yet that was considered a sell out. 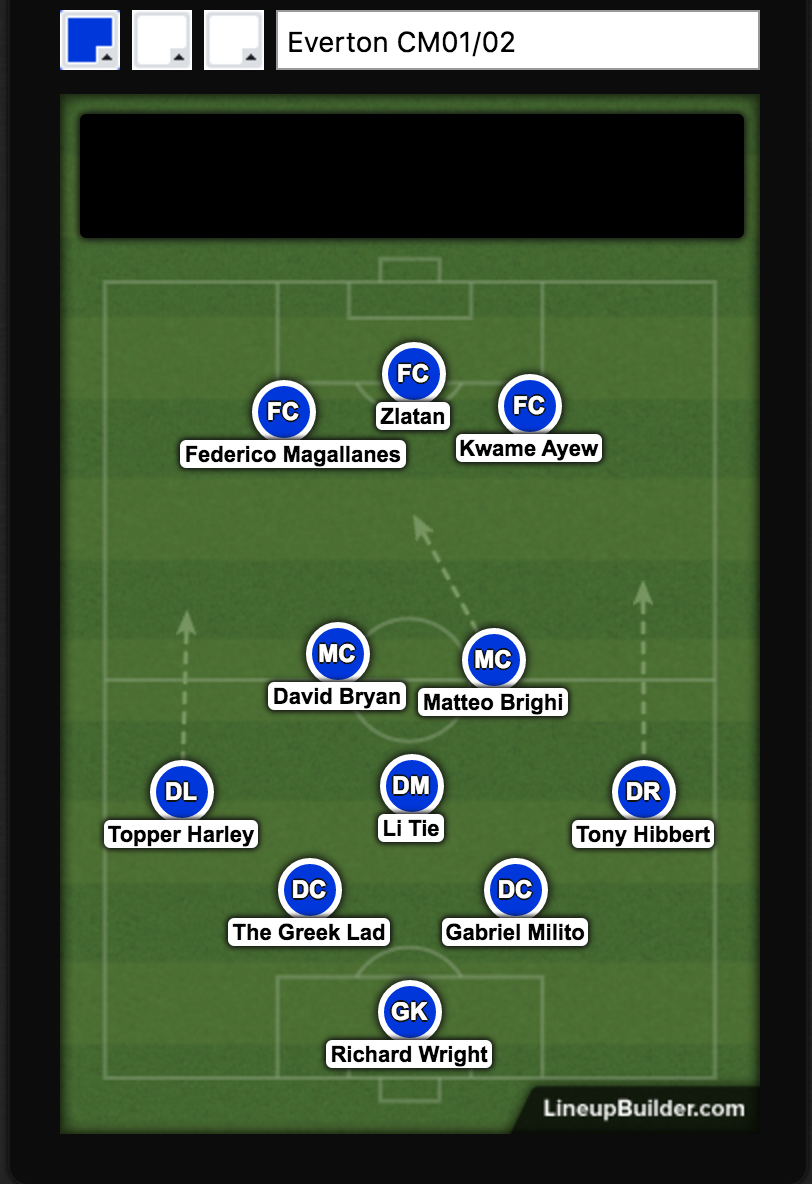 Iain Macintosh will return in November for the new FM17 Project, details of which will be revealed soon.