Vinnie is an Irishman who’s been in Cologne since 1990. Two years earlier, the European Championships were hosted in West Germany. Vinnie wasn’t there, but his countrymen were. They returned home impressed.

“Germany! Germany! You’ve got to go to Germany!” they said. So Vinnie did just that. Twenty five years later, having washed the glasses, collected the ashtrays and poured the drinks, he’s now the owner of Irish pub, The Corkonian, in Cologne city centre. 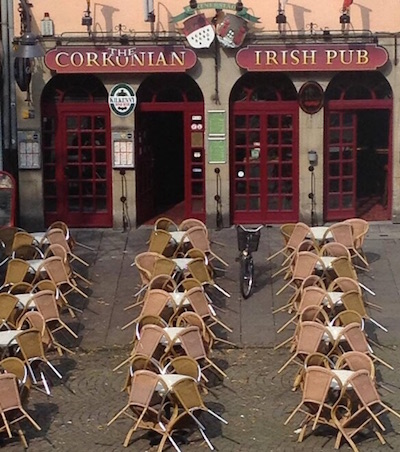 It can be said with some confidence that Vinnie has two great loves in his life – his family and his football. It’s been quite a good week for Vinnie then, especially as he’s a Liverpool fan. It started with Ireland’s victory over Germany on Thursday on a night to forget for the world champions, but the event in England which has really caught Germany’s eye has been Jürgen Klopp’s arrival at Liverpool – and that applies too of course to our Irish friend Vinnie. For him, the arrival of the former Dortmund coach to Anfield has superseded everything. 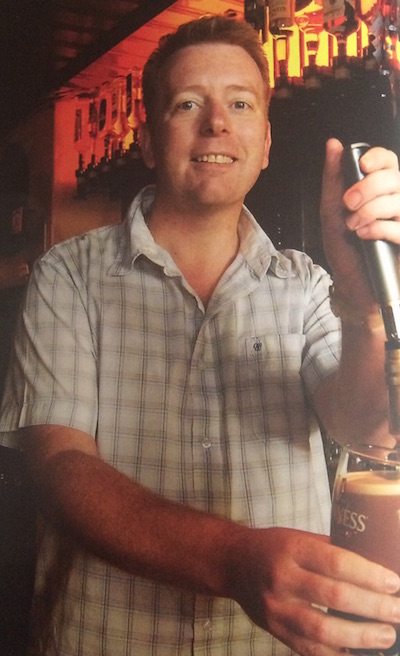 For RTL, it did too. Following the Ireland-Germany game on Thursday night, Jürgen Klopp was the first item on the news, pushing down the more meaningless topics of Angela Merkel and the Volkswagen crisis.

The piece ended with the 48-year-old coach superimposed as the fifth member of the Beatles. Hyperbole it appears is infectious. As the English media went crazy for Klopp, so did their German counterparts over “the Rumpelstiltskin of the sidelines” (Sky Sport News) AKA “the German Volcano” (Sky Sport News).

Turn off the TV, walk outside the house on Friday morning and staring right back at you on every street corner in Cologne was that large pearly grin of Jürgen Klopp. You knew from the red boxes stocked with BILD, Germany’s national tabloid, that “England loves Klopp” – a headline emitting both pride and bewilderment at the reception he was receiving.

Elsewhere on the front page there was something about embarrassment for Germany in losing to Ireland the night before, but, oh look! On the other red box next to BILD, there’s Jürgen Klopp again! Sorry, that’s “Sir Kloppo” in the words of Express, Cologne’s local tabloid of choice.

Still, that wasn’t enough. A day later, fresh from bestowing a knighthood, Express’s next front page elevated him a touch further to “King Klopp.”

Local radio station EinsLive weren’t going to miss out on this, as I discovered through Vinnie. After 25 years of living in Germany and as a known Liverpool fan, they wanted Vinnie to come on air and talk about the Klopp appointment. The twist was that they wanted him to speak German in a fake Scouse accent. He did so but sadly, no footage of what subsequently took place has emerged yet.

I’ve had to settle for hearing other things from Vinnie, but those other things have not been without value. For instance, he’s told me how bike theft is rife in Cologne. When purchasing my bike for €120 back in August, I made sure to purchase a chunky chain of a lock for it too. While friends of mine lost their bikes, I could boast of how strong my lock was. On Friday night, I found out just how strong it was.

Five miles from home, I turned my key but the lock didn’t like it. In the way that any sensible, level-headed human being does, I continued unsuccessfully to turn the key for the next 15 minutes before eventually, half of the key snapped off in my hand, leaving the other half quite beautifully wedged in the lock.

A cool reaction was in order. So I found a sizeable black rock nearby and spent the next 20 minutes discovering the lock’s true fortitude. This was of course an unwise thing to do. Few passing policeman would believe that I was trying to steal my own bike. No German copper did pass by, thankfully, but after 35 minutes worth of frustration, I fell back, defeated for the night and forced to endure the ignominy of taking the tram home. Saturday morning brought new hope with the purchase of two sets of tweezers – two utterly useless sets of tweezers. This time, I at least managed to look even more of a thief than the night before but once again, without success. 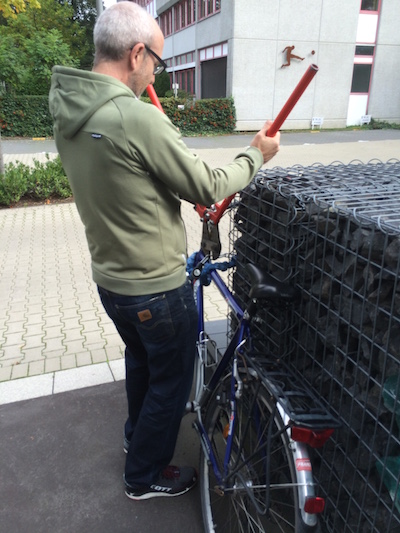 I marched to the bike shop 200 metres away and recruited Walter, a shop worker but most importantly, the owner of a very large set of orange bolt cutters. Now, I had the full professional criminal look – I even had a sidekick – but most importantly, by the time Walter was finished with the lock, I had my bike back.

Vinnie tells me that 1 in 11 people in Cologne have had their bike nicked and I’m proud to still not be part of that statistic. The one statistic that really matters to Vinnie though is that Liverpool haven’t won the league title since 1990 – the year he arrived in Cologne. He believes though – like many other Liverpool fans – that Jürgen Klopp might just change that.