The financial disparity in English football is enormous.

Billions of pounds are sloshing around in the Premier League thanks to record-breaking TV deals, wealthy owners throwing their weight around, and money raised commercially around the globe.

The outlook is far different the lower down the football pyramid you go. Some clubs in the Championship and League One have big backing, while others are propped up by parachute payments given to clubs who are relegated from the top-flight.

But it is a different world in League Two where, generally speaking, most clubs operate on a pretty level footing to one another with similar budget restrictions in place.

Using FM18, we decided to flip the status quo of English football on its head by handing huge sums of money to the poorest clubs in the Football League. It’s time to play Robin Hood… 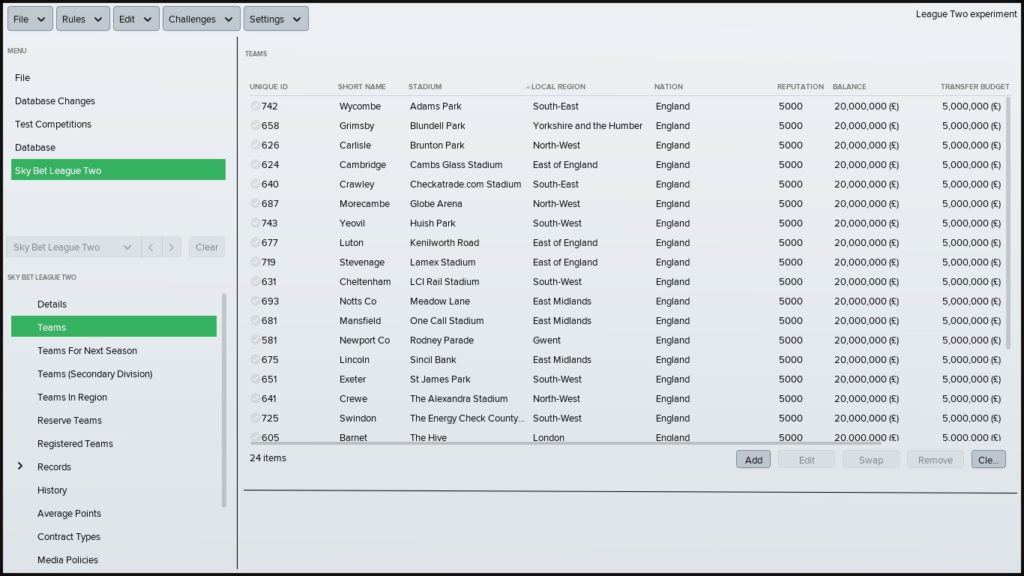 Using the Data Editor, we made sure that each League Two club had:

We ran the simulation over 10 seasons to see which League Two clubs utilised their new-found financial status most successfully and whether any of them could establish themselves in the Premier League.

Here are the results five years in.

At first, it took a while for the clubs to realise they actually had some money to spend. Between them, they splurged a relatively paltry £1.6m in the first summer window.

However, comfortably the most left-field transfer of them all was Colchester United’s acquisition of Lucio on a free transfer. Yep, that one, Brazil’s 2002 World Cup winner and third-most capped player, as well as Inter’s 2010 treble winner. Lucio. Bloody Lucio. Playing alongside Tom Eastman at the back. Absolute scenes. 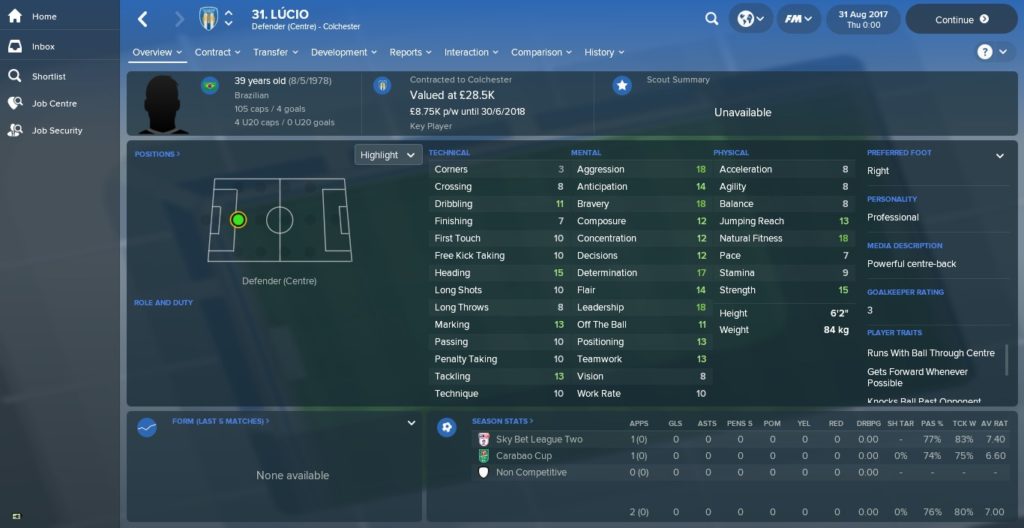 Lucio, coming to a Colchester Community Stadium near you.

Coventry City – a club that has been in a near constant state of turmoil over the past 15 years (recent FA Cup giant-killing aside), romped away with the division with Luton and Mansfield finishing second and third.

Yeovil, who have yo-yo’d up and down the divisions over the past decade, clinched the fourth and final promotion slot courtesy of a 3-1 win over Lucio’s Colchester United in the play-off final. At least you won the World Cup, pal.

It wasn’t such good news for Grimsby and Newport as, despite their new-found wealth, they both exited the Football League with a whimper.

The state of play after five seasons…

By the midway stage of the decade-long simulation, all 24 clubs were either still in the Football League or, as was the case with Grimsby and Newport, had been promoted back into it. A small achievement in itself.

Perhaps more impressively, of the 24 League Two teams that started the 2017-18 season, only ten were still in the division five years on, with 12 clubs in League One and two more in the Championship.

After five years, Port Vale had made the least progress (despite spending more than any other club in the first season) finishing 19th in League Two. Celebrity fans Robbie Williams and Phil ‘The Power’ Taylor would not have been best-pleased at this level of stagnation.

The U’s were agonisingly close to sealing promotion to the Premier League too, but were defeated in the play-off semi-final by Sunderland, losing 5-3 over two legs. 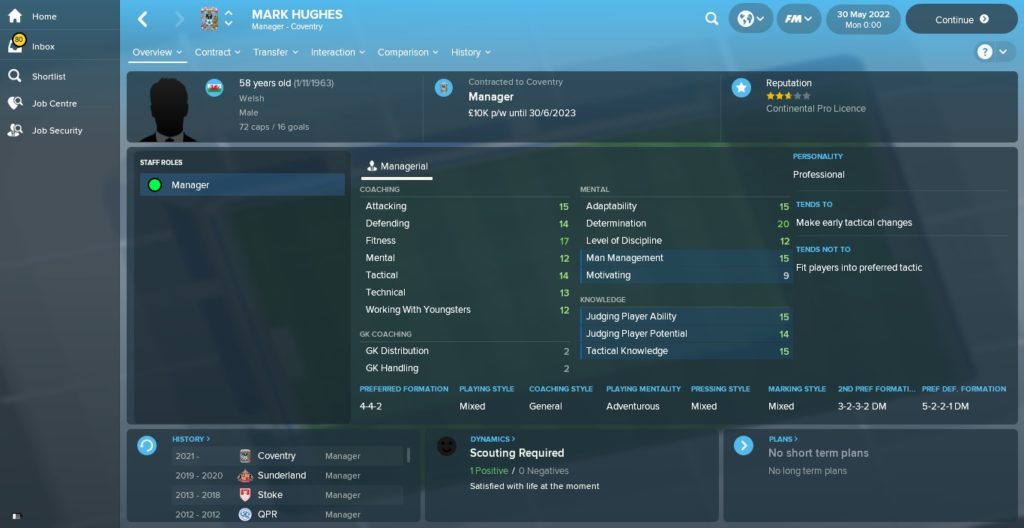 Mark Hughes, sacked by Stoke last weekend after losing to Coventry, was in charge of the Sky Blues in 2021-2022.

Coventry City were the other former League Two representative holding their own in the Championship and they also enjoyed an impressive season, finishing 10th thanks to (somewhat ironically given recent events) Mark Hughes’ management.

Incredibly, Sparky even brought Joe Allen with him to the Ricoh Arena. You just can’t make this stuff up.

Other clubs were doing their best to join Colchester and Coventry in the second tier with Cambridge United finishing third in League One before losing on penalties to Portsmouth in the play-offs. Luton, Lincoln (sadly no longer managed by Wasilewski), Chesterfield, Swindon and Stevenage also enjoyed solid seasons in League One.

After five seasons, none of the sugar daddy-backed League Two clubs had managed to climb three divisions and into the Premier League promised land, but what would the next five seasons have in store?

Part Two of our experiment will have all of the answers…