DISCLAIMER: Due to an inexplicable failure to save the game properly after completing October ’03, this episode has been re-written. Wherever possible, using whatever means possible, attempts were made to replicate results. However it’s actually harder than it looks to wilfully concede goals. In the league, Everton achieved three more points than before, but they crashed out of the League Cup and failed to sell Gary Naysmith, thus intensifying the gathering financial storm.

And so a new phase of normality begins. For once, I can move into a new month without fear or trepidation, without the feeling that this is no longer a game, but some kind of gruesome experiment designed to make me cry. But we do still need to win football matches. And, with the exception of Richard Rufus and a very young Cristiano Ronaldo, our squad hasn’t changed that much. But let’s at least beat Aston Villa.

Aston Villa came perilously close to relegation in 2002, but the replacement of Graham Taylor with Glenn Hoddle saved the day. Hoddle, who had been sacked by Tottenham in January 2002, switched Villa to a 3-5-2 formation and spent big, landing Claus Jensen and Sean Davis for £7.75m each. It worked reasonably well and the Villains finished 9th in 2003. This season, powered by the goals of Marcus Allback, they’re riding high in fifth. We’ll match them man for man, but Thomas Gravesen will come in for Redondo, whose low stamina is starting to concern me. In order to convince him to sign, I gave the 34 year old a three year contract and he looks set for the knackers yard already. 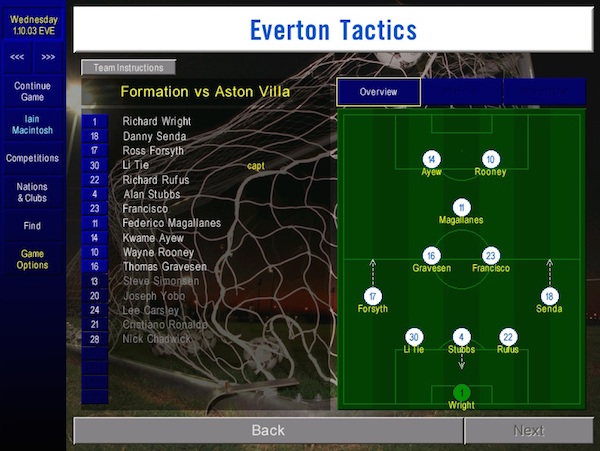 A curious game, in that Villa were arguably the better side, but ended up getting gubbed. It’s usually us on the wrong side of those results, so my sympathy is in short supply. Ronny Johnsen opens the scoring with a powerful header past his own goalkeeper, Kwame Ayew adds a second and then Ronaldo replaces a disappointing Federicio Magallanes and adds a third. Neil Sullivan has a shocker. It’s a fifth win of the season and survival was the objective, so that will do for us. 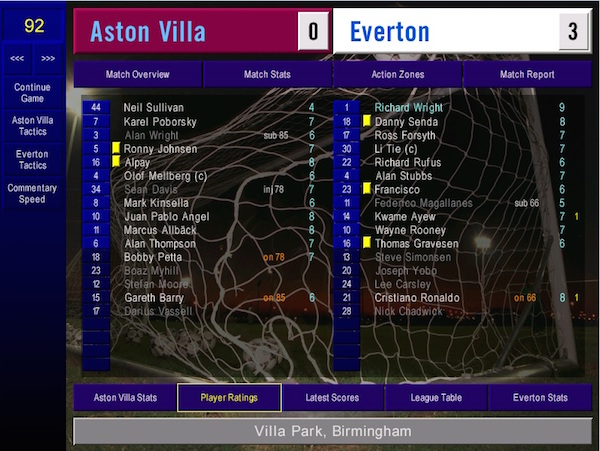 Next up is an unwanted visit from Manchester United. We haven’t beaten them yet and it’s absolutely no wonder when you look at their team. Sir Alex Ferguson has added legends like Jaap Stam, Pavel Nedved and David Dunn to a roster that already includes the Class of ’92, Roy Keane and Ruud van Nistelrooy. Somehow they only finished third in 2002, just above us, but they won the title in 2003, they’ve won the League Cup twice and they were runners-up in the Champions League in 2002. But they’ve never come up against Cristian Ronaldo and Wayne Rooney before… 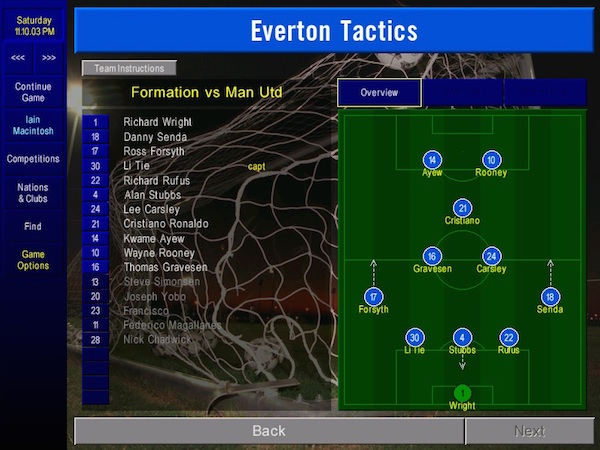 Ah…that was disappointing. We start well enough, with Danny Senda smashing in an early goal and we trade punches with United right up until the latter stages of the game when their punches are much harder than ours. David Beckham equalises, Ruud van Nistelrooy gives them the lead and then Ole Gunnar Solskjaer comes off the bench, naturally, to finish the job. We went toe-to-toe with the best in the business. They knocked us spark out. 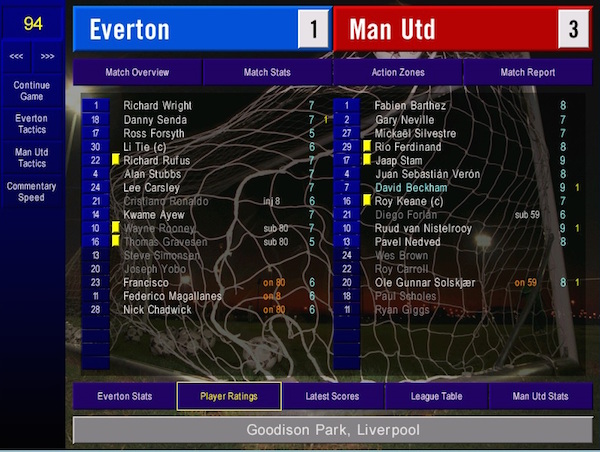 There’s a problem. According to the books, we only took £41,000 from gate receipts last month and we didn’t take anything from the United game. We’re losing money very quickly. We’ll make a lot back from TV money in the summer and the board have promised that the stadium will be expanded soon, but that’s a bit concerning.

Another team we’ve failed to beat in my time at the club is, of course, Liverpool. Gerard Houllier’s side are the bane of my life. They haven’t won the league, they’ve come second twice. They won the Champions League in 2002, on penalties naturally. They won the FA Cup as well that year. And the European Super Cup in 2003. And they spend, oh, do they spend. They dropped £33m on Lucio, £9m on Goran Bunjevcevic, £5.5m on Didier Agathe. But they’ve never come up against Cristian Ronaldo and Wayne Rooney before… 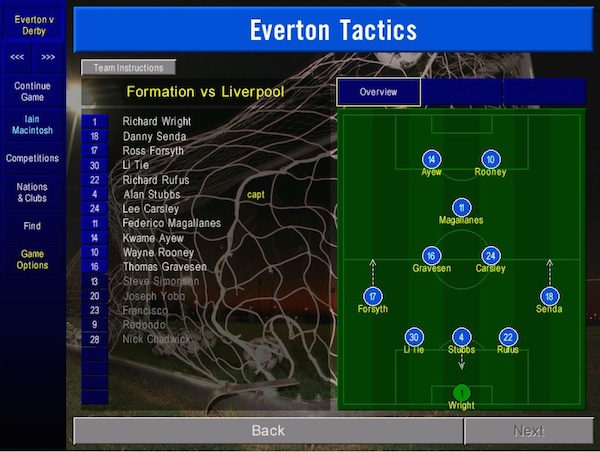 A point, but not a deserved one. There’s a gulf in class here and this is one of those fixtures that infuriates when the boot is on the other foot. Ayew scores with our only shot and it takes Liverpool 80 minutes to equalises with one of their dozen shots on target. Richard Wright saves us again. Sadly, we lose Ross Forsyth for three months with a groin strain. We’ll treat this draw as a learning experience, a narrow escape from yet another humiliation in a string of humiliations at the hands of our rich, red neighbours. They still haven’t won the league though. 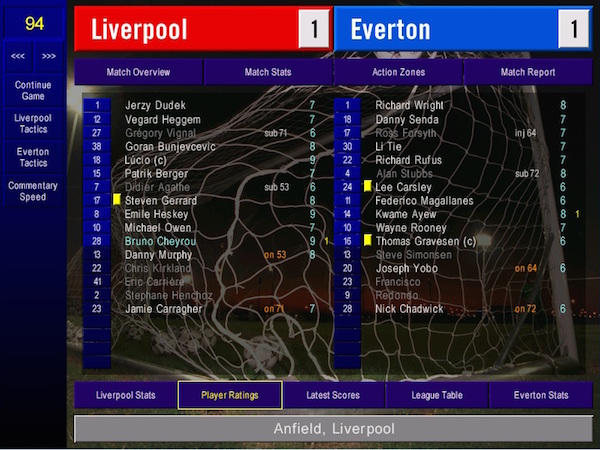 We have an unexpected bid for one of our players. It’s an easy decision to say no. Arsenal throw down £9.5m for Thomas Gravesen. I tell them to double it and then we’ll start talking. He’s not going anywhere without serious money changing hands.

It’s Derby County next, promoted to the Premier League in 2002 thanks to John Gregory’s management, though that feat didn’t save him from the sack at the end of the season when he only narrowly avoided relegation straight back down again. Mark McGhee took over in the summer, but he’s only won three games so far and the £3.8m capture of Gillingham’s very average centre-back Michael Dobson has raised a few eyebrows. 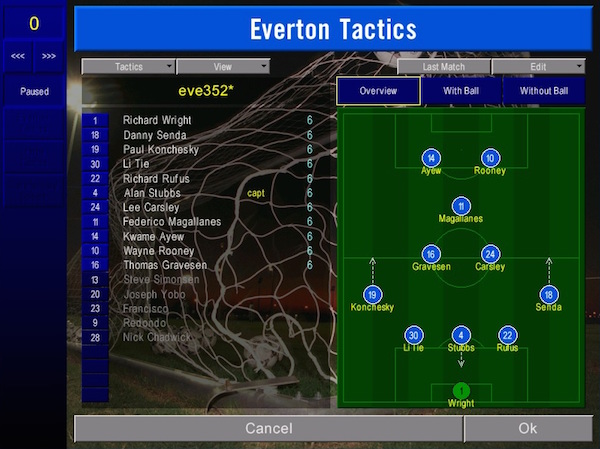 Derby are hit by a storm and it is Hurricane Federico, a one man goal machine. Our Uruguayan playmaker takes control in the early stages and though Derby fight back in the latter stages, almost as if someone is frantically trying to make things right, it’s not enough to secure a draw. 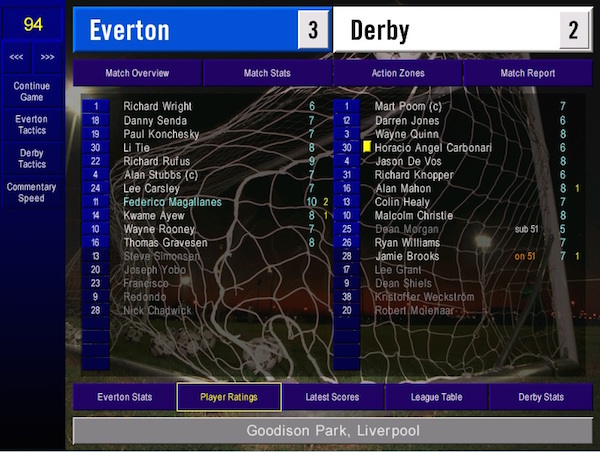 I’m still very concerned about money. According to the books, we’ve taken just £234 through the turnstiles in two games that have attracted 42,614 paying customers. This sounds like the sort of thing that Stan Flashman used to tell the Inland Revenue at Barnet in the 1980s. I can’t help but think that we’ve clambered over the rim of the frying pan only to risk being vaporised in the lit hob. 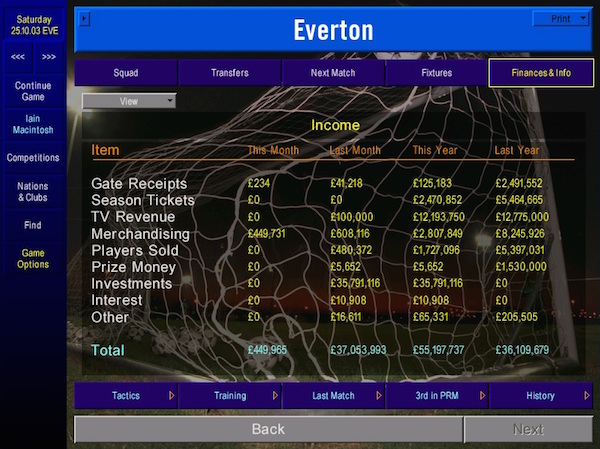 But enough of that. We cannot allow ourselves to worry about that which we cannot control. It is the League Cup, our first chance of the year to complete the silverware challenge. We’re up against Nottingham Forest, mid-table in the second division. I stick with the same team that drew with Derby and hope for a bit of an improvement, save for Joseph Yobo coming in for the cup-tied Richard Rufus and Nick Chadwick for a tiring Wayne Rooney. 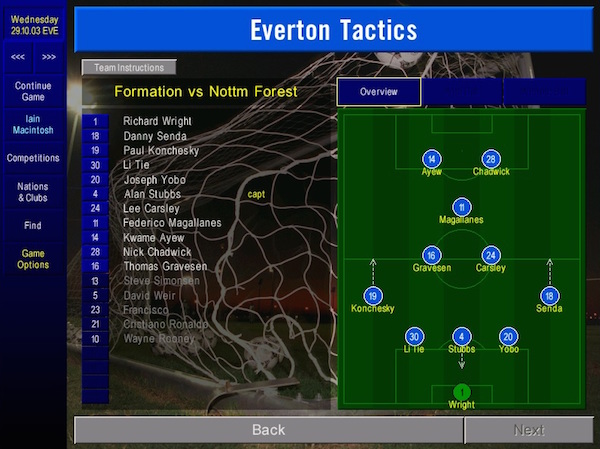 A disaster. It seemed as if we were at half speed throughout the entire game. A trio of substitutions made no difference at all and the game stagnated, drifting inexorably to penalties. You would think that Everton would have a team of penalty specialists, given some of the names on the teamsheet, but alas no. While Ronaldo converted his spot kick, Rooney, Chadwick, Gravesen and Carsley all missed. Our silverware chances just dropped significantly for another year. Chadwick is a real worry. I cannot give this boy many more chances. He’s made 37 appearances for me, including 24 starts, but he’s only ever scored four times. I can’t keep faith with him forever. 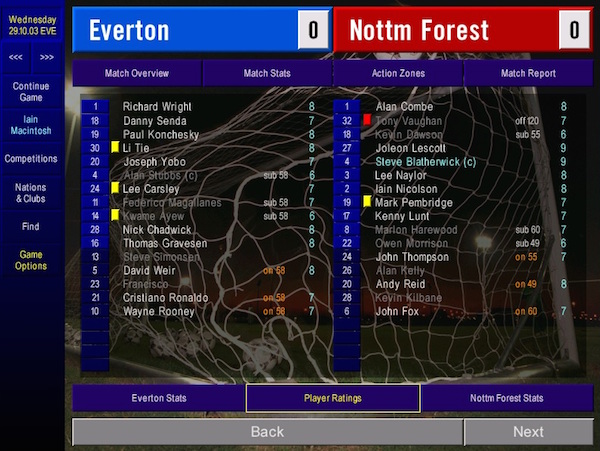 All that, however, will have to wait. November promises new challenges, including trips to Chelsea and Sunderland. Our wild ascent of the table has been halted, but we’re still well placed given the nightmare that was last season. What we really need is the stadium to be sorted out and for the books to be balanced. We should be in a position where we’re making money every month, even outside of European football. When that day comes, we’ll be able to look forward to the future with hope, rather than the nagging feeling that we might be about to soil ourselves. 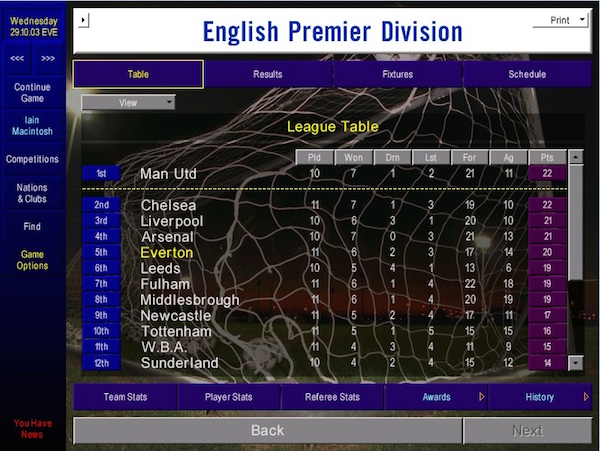 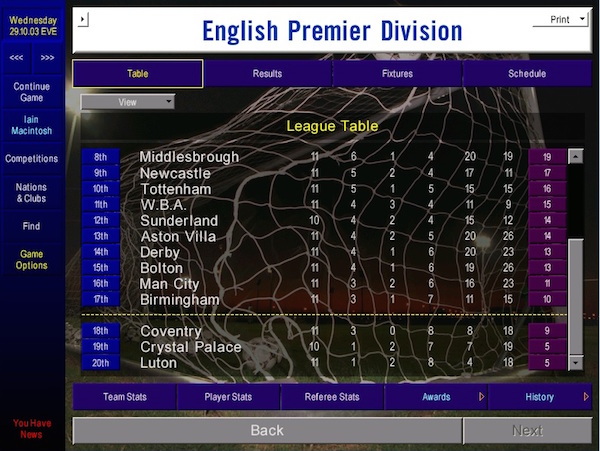