Finally, it’s possible to sleep at night without sweating through the sheets. Finally, the darkness has lifted. An incredible 13 points from a possible 15 (with only two goals conceded) hasn’t just banished talk of relegation, it’s propelled us to mid-table. Last season, we finished 10th. Now, with three games to go, we are 10th once again. You’ll never know how wonderful it feels to be mediocre until you’ve been really, really shit for a while. And just look at the scenes of jubilation in the postbag. Everyone is happy again.

@thesetpieces That should keep the armchair experts off the gaffer's back for a while. 🙂

@thesetpieces We never lost faith Iain! Well that's a lie, but our faith is back. Mine is, at least. Everyone else probably wants you out.

If we’re going to silence the doommongers, naysayers and heebee-jeebee artists, we’ll need to finish on a high note. And then, you know, comprehensively rebuild the side over the summer. So let’s crack on, shall we?

Under Steve Bruce, Sunderland are pushing hard for a return to the Champions League. They have everything to play for at the Stadium of Light. We, on the other hand, have nothing to play for but pride. Hmmm…maybe we should give that a go.  I see no reason to change either the team or the formation. That sort of thing only causes trouble. 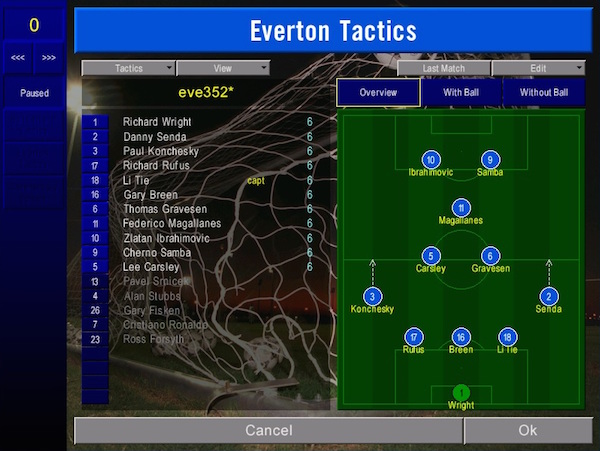 This is exactly the sort of game that we would have lost earlier in the season. Sunderland make stacks of chances, we make stacks of chances. But we take more of ours. They have Matthew Piper. We have Federico Magallanes. They score two goals each. But we have Cherno Samba and they do not. For the first hour anyway. We lose him and Danny Senda in an undisclosed incident in the 61st minute that must have been horrible because it resulted in knee injuries for the pair of them. But we held out. It’s another ‘I Told You So’ for this formation, the shape I didn’t trust, the shape I spent half the season trying to change. It turns out that it was absolutely fine. Looking back, it’s possible that I read too much into the poor form of individual players. We live and learn. 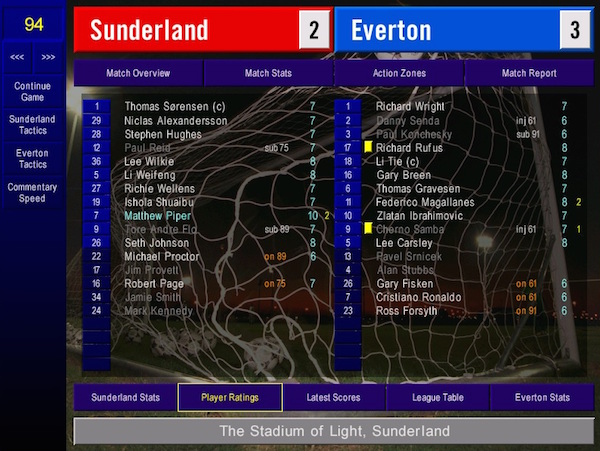 And so, without Senda and Samba, and Li Tie who for some ridiculous reason is on international duty in the final week of the Premier League season, we move on to Crystal Palace. I’m hoping that Steve Coppell’s side will play in their flip-flops, having just moved beyond the 40 point mark. We shall see. I also want to take a look at Aki Riihilahti, who might be just what we need to reinvigorate our midfield. A warm welcome back to the team for Kwame Ayew, making only his seventh start of the season. 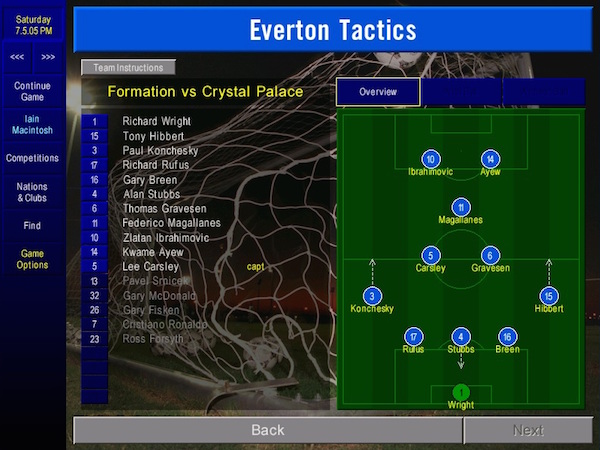 Ah, there’s the Everton I remember. Fundamentally, there’s nothing wrong with the performance. We make chances at a reasonable rate and Palace hardly ever cross the halfway line. But then Michael Gray wellies one in from distance and we’re a goal down. Lee Carsley is having another poor game and Zlatan picks up a knock, so changes are made on the hour, but to no avail. Rob Douglas is in fine form between the sticks for Palace and when a promising Kwame Ayew solo run is prematurely truncated in injury time, Shane Tolley runs up the other end and makes it 2-0 with Palace’s second shot on target. It’s like that famous old Sir Alex Ferguson quote. “Football, eh? It’s fucking rubbish.” 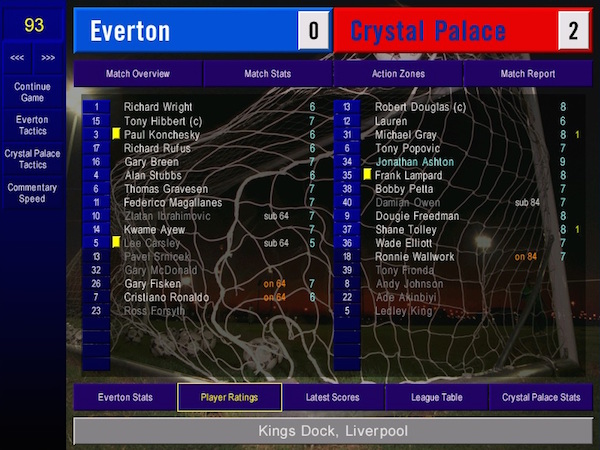 All that and Aki Riihilahti didn’t even play. We have some time to wait for our relatively meaningless end of season clash with West Bromwich Albion. Scouting time, but more on that in the next episode. This is not a pointless game, of course. The prize money for every place in the league is significant and we need those resources for the summer rebuild. I’m hoping that the Baggies will be broken hearted and exhausted. And they won’t be the only ones. 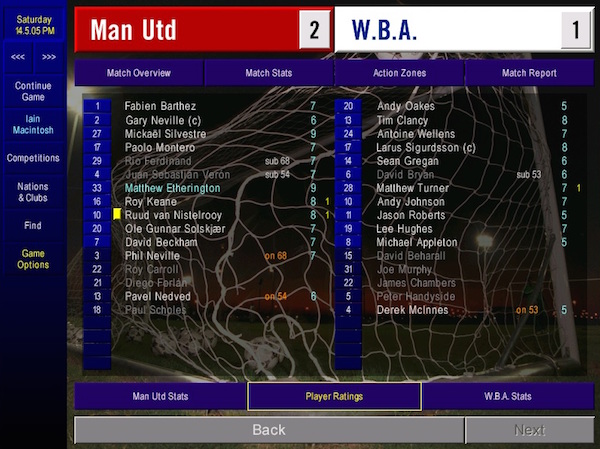 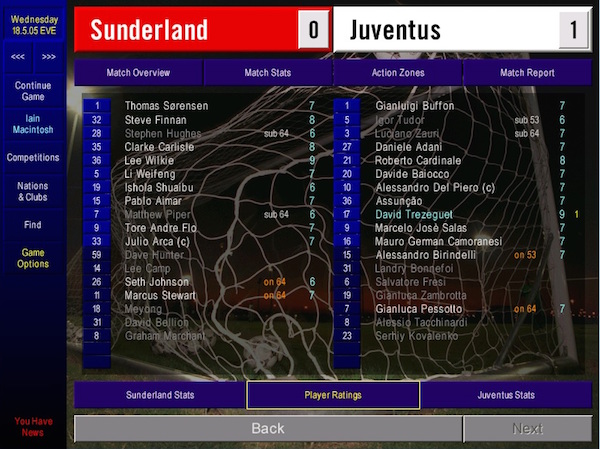 A week before we play, they lose the FA Cup Final to Manchester United, prompting an outburst from Lee Hughes about the efforts of his team-mates. With a bit of luck, we’ll be meeting a broken, demoralised unit and not the living quagmire that is usually this football team. Commiserations to UEFA Cup runners-up Sunderland though. Steve Bruce very nearly overturned one of the greatest teams in Europe. There’s something very odd about that. But enough about them. It’s back to us. Our last chance to secure something approaching a respectable finish. 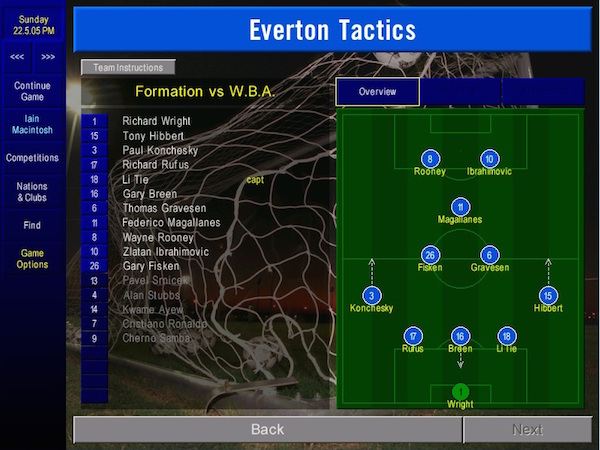 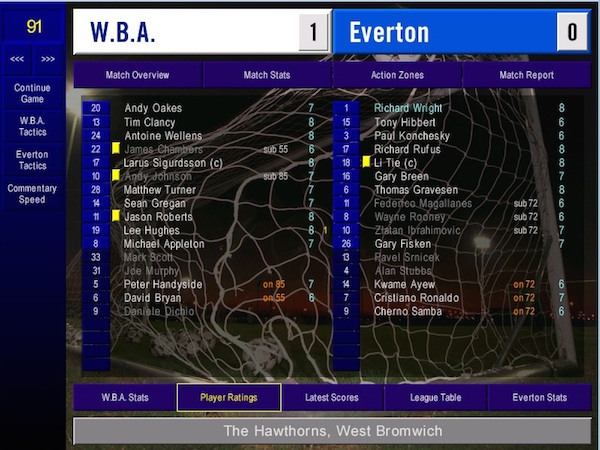 However, I might have to wait a while. I hadn’t been keeping an eye on the finances, but it looks like our last summer splurge caught up with us. There’s no hint of blame in that message and yet I feel very guilty. Mind you, if they’d just waited a week, they’d have been able to cash the Premier League prize money cheque. 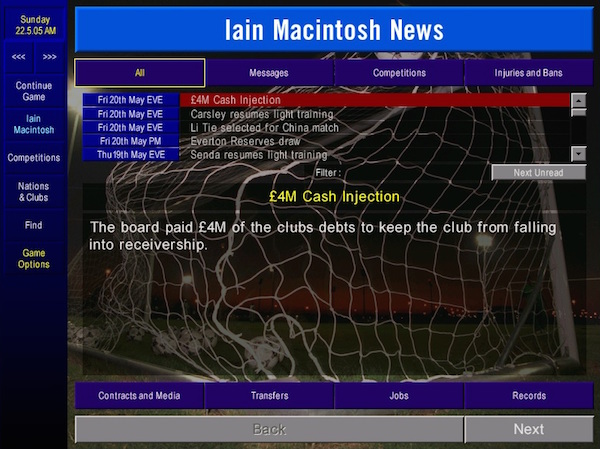 The season fizzles out then, not with the disaster of relegation, but with the disappointment of a late slide down to 12th. In fairness, it’s where we deserve to be. A top ten spot would have flattered us. Congratulations to Manchester United who snatch back their title despite losing nine games this season. A hug too for Claudio Ranieri whose quest for a quadruple ended with just the League Cup.

Everton’s players will now depart on their holidays, roasting in the sun and glugging back on Methuselah after Methuselah of over-priced bubbles, convincing themselves they’ve deserved it. They deserve nothing. When they return, some of them will find their lockers cleaned out. I will not allow another season like this. Change is coming. 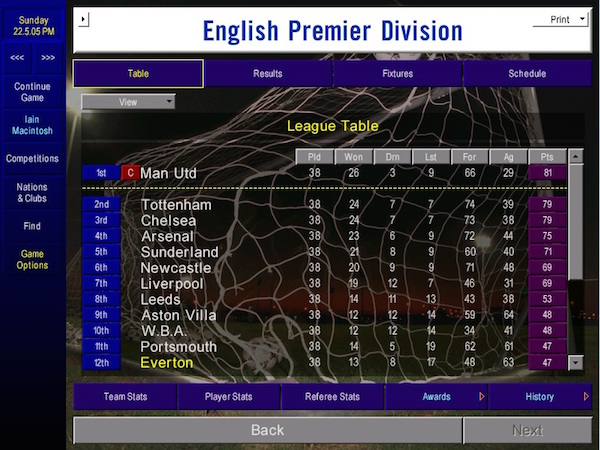 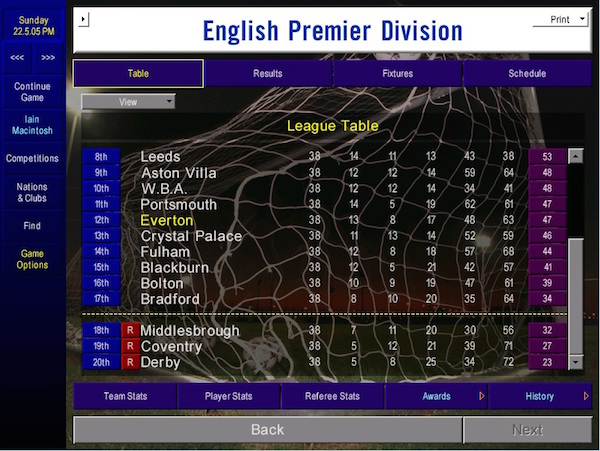 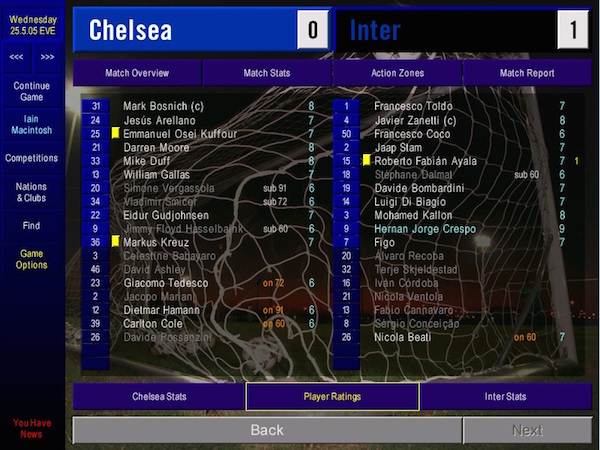