There are a number of things that have wound me up about this game, you’ll know them all off by heart, but very little has been more intensely annoying than Liverpool. They have everything that we don’t: piles of money; players at the top of their game; a packed out trophy cabinet and a stadium that doesn’t look like a Call of Duty arena. They make me sick. And it doesn’t help that I’ve never managed to beat them yet, gaining just two draws in five meetings. But after six league games without a win, that might not change today. The line-up will though.

Danny Senda has played nearly every game this season, so he’s coming out for a rest and Tony Hibbert can take over. Hibbert was just a run of the mill right-back, if you can believe such a thing, but I’ve trained him up as a wing back now. He’s ready. Joseph Yobo is about to get a good run in the team and with Richard Rufus and Li Tie both suspended, Peter Clarke will make his debut. Redondo and Gravesen will take the middle and we welcome Kwame Ayew and Wayne Rooney back to the front line. Ronaldo will take a turn on the bench again. We’re still being careful with him. 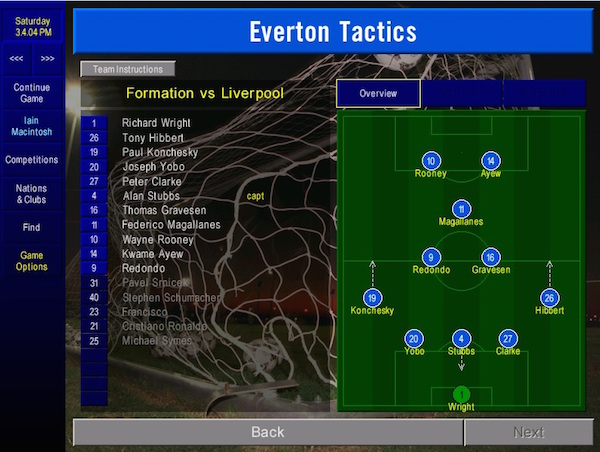 It takes Clarke all of nine minutes to get himself sent off for ‘clattering’ Michael Owen. While I have a certain sympathy with Clarke’s motives, I can’t condone any action that damages my team so grievously and, worse still so early. That was his chance. His chance has gone. He can leave now. We find it hard enough against Liverpool with eleven men, we certainly weren’t going to beat them with ten. It’s a very slow, very predictable game and we lose it without causing much fuss. 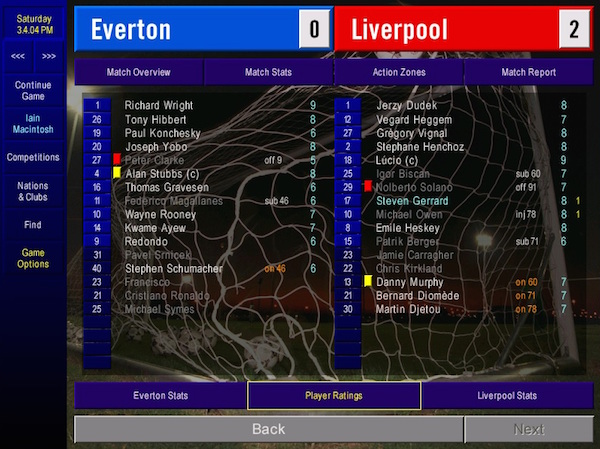 Due to our lack of cup involvement and some fairly pointless international friendlies, we’ll only be playing two games this month. The good news is that we’ll have time to recover from all of our injuries and we’ll be able to pick a full strength team for the first time since I don’t know when. The bad news is that the game is against Manchester United who are really very, very good at football.

We’re standing down Alan Stubbs for this. He played well against Liverpool, but his form has been hit and miss for a while. It’s time Yobo had a chance, so he’ll move into the centre where perhaps his pace will help. Paul Konchesky is out too. He’s been fine this season, but he’s been mediocre of late, so it’s another chance for Ross Forsyth. Given that it’s United we play, it’s time to put Lee Carsley back in the team too. 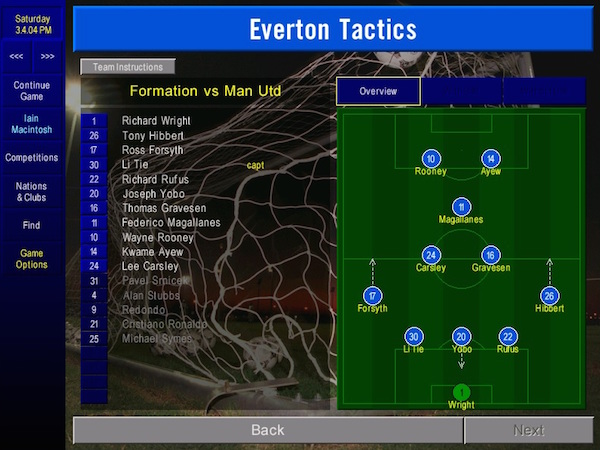 Well, Sir Alex Ferguson will be furious with that. They had 19 chances and failed to score with any of them thanks to an inspired performance from Richard Wright. We were average at best and fortunate to get away with a point. But they all count when you’re in this sort of form. We haven’t won a league since January 11 and it’s almost April. 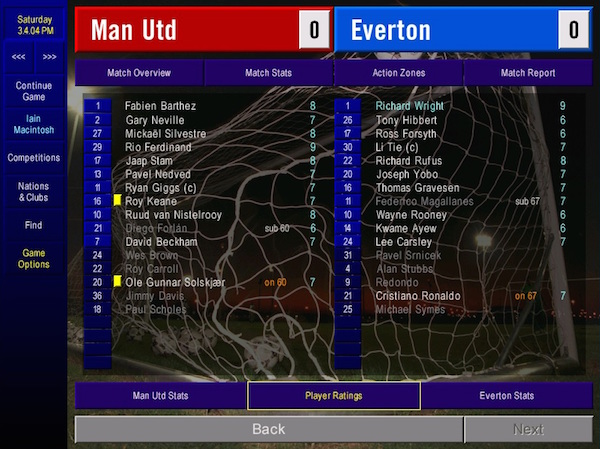 In the hope of having something to look forward to, I decide to have a little chat with the new owners about the youth development side of affairs. We’ve never had a single regenerated player, which is hardly surprising as our facilities are described in the game as being, “awful.” But surely the new owners will see that I have the best interests of the club at heart, right? 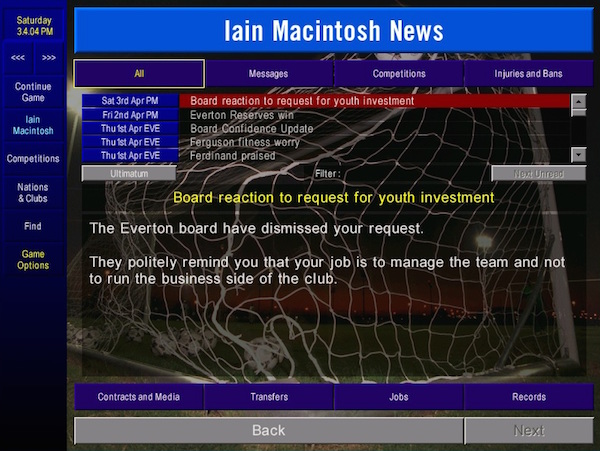 Ah, I see. It’s like that, is it? You know, one day we’ll win something and this infernal challenge will be over. And on that day I will march into their boardroom, climb onto the desk, unbuckle my belt and show them exactly where they can stick their polite reminders. There will be a brief moment of confusion when they approach me with a rolled up piece of paper and a nasty grin, I will clarify that it is their bottoms to which I am referring and not my own, and that, I wager, will really show them. 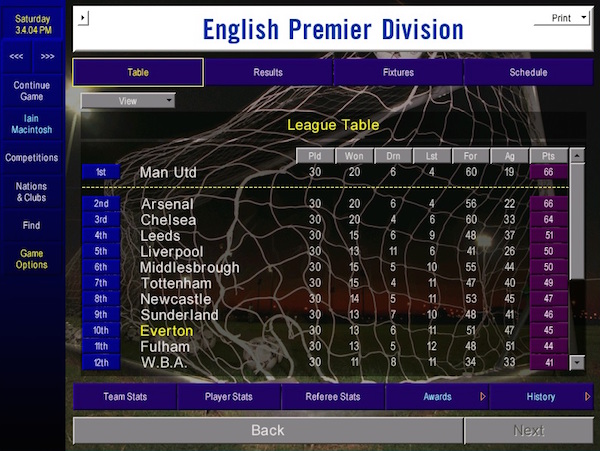 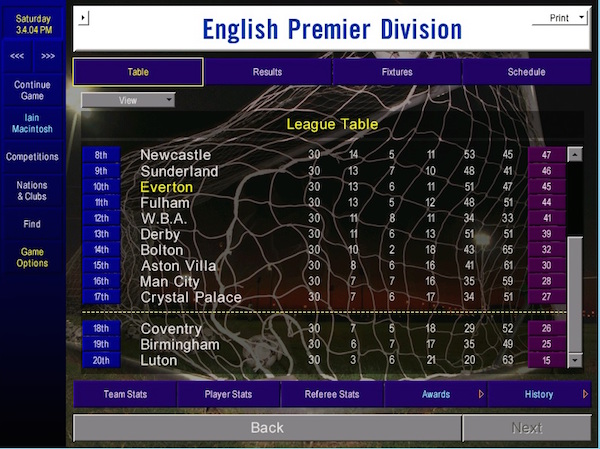