You can always tell when your own success is undeserved. The taste of pleasure is tainted and slightly sour. It’s like smoking cigarettes paid for with money stolen from your mum’s purse. You know it’s wrong and you suspect that retribution is on its way. Newcastle had it in 2012, nearly reaching the Champions League with a team that was organised and hard working, but not as good as results suggested. They nearly got relegated the following year. We’ve been having it here in Alternative 2004 too, but four games without a win is a sign that retribution has already clocked in for a long shift of arse-kicking. Losing a 4-1 lead in the last 13 minutes against Newcastle has rattled us. And now it just seems to be one bit of bad news after the other.

We’ve got a quick chance to put things right, away at Bastard Bolton Wanderers in our FA Cup replay. We battered them in the league earlier this season, but we’ve got problems now. Not only are my players rocking backwards and forwards whispering, “Can’t sleep, clown will eat me,” on the coach, but we’ve lost two of them to the African Nations Cup. I had Joseph Yobo earmarked for a run in the team, but he’ll be with Nigeria. Kwame Ayew is our number one striker, but he’ll be with Ghana. Richard Wright is still suspended, so it’s another turn in nets for Pavel Srnicek. 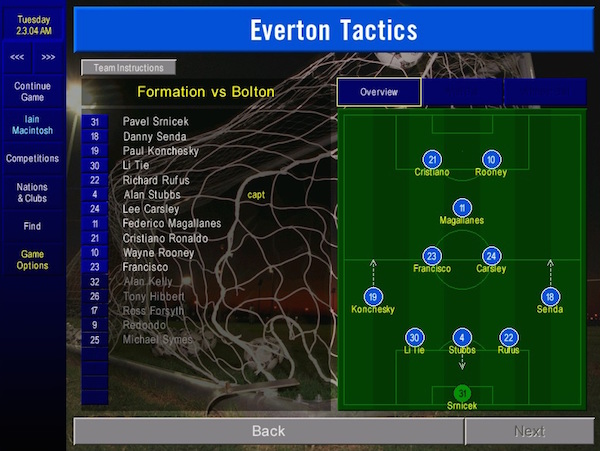 Well, this was unexpected. We went a goal down early on and it appeared that our bad run was set to continue. Youri Djorkaeff was running the show, but at half-time I told Alan Stubbs to push up in front of the defenders and man mark the bastard. Bolton never made another chance and we went goal crazy. Federico Magallanes hit a brace, putting him on 17 for the season which is a record during my tenure here. The only negative was an injury to Cristiano Ronaldo that will put him out for the rest of the month. 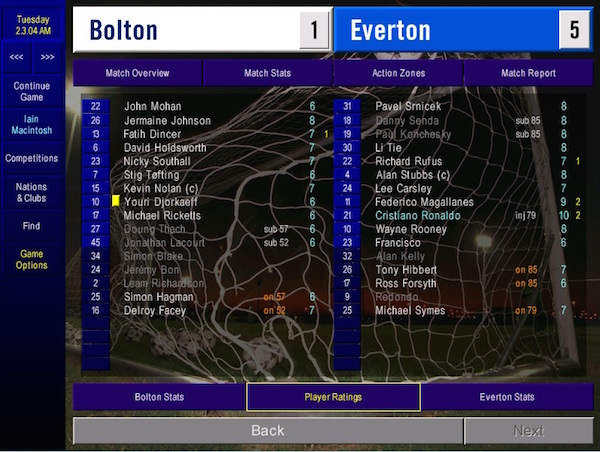 And so with confidence enhanced, we hosted Leeds. With Ronaldo and Ayew out, Michael Symes has a chance to stake a claim for first team football. And even though Wright is free to play, I can’t drop Srnicek after such a good performance against Bolton. What sort of message does it send to the rest of the squad? 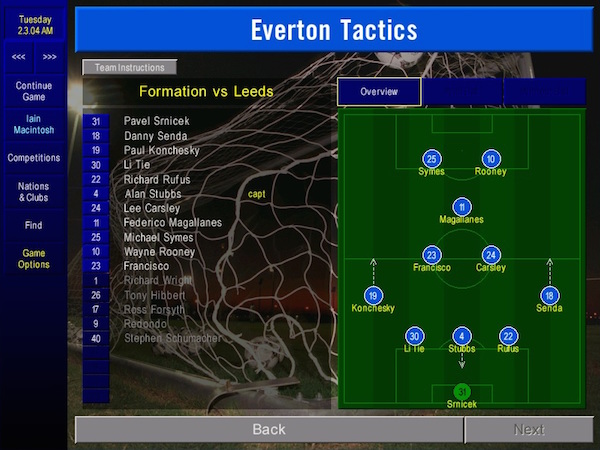 Oh, that sort of message. This was horrible. There was nothing wrong with the way we played, nothing at all. We created 14 chances, it’s just a shame that Paul Robinson stopped nearly all of them. They didn’t make nearly as many themselves. But they all went in. And to make matters worse, we lost Rooney to injury as well. We don’t have many strikers left. 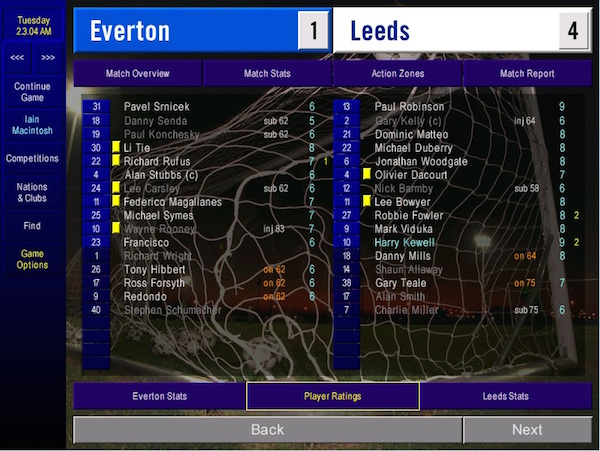 We really need to settle down now. It’s always irritating to lose when you’ve played well, but when you really, really, really needed to win and you thought you were back on track, it’s catastrophic. But we’re going to be hard pushed to recover. Ayew is on international duty. Rooney and Ronaldo are injured. Nick Chadwick is listed for loan, can’t score even in the reserves, but is also injured. Carlos Dure has been on the transfer list for months and is very upset about it, but he’s my only remaining striker. Well, he’s not my *only* remaining striker. There’s still Duncan Ferguson. I’d put him on the bench but, despite not playing a game in months, he’s only 57% fit. He still gets £27,000 a week, which is terrible on so many levels. 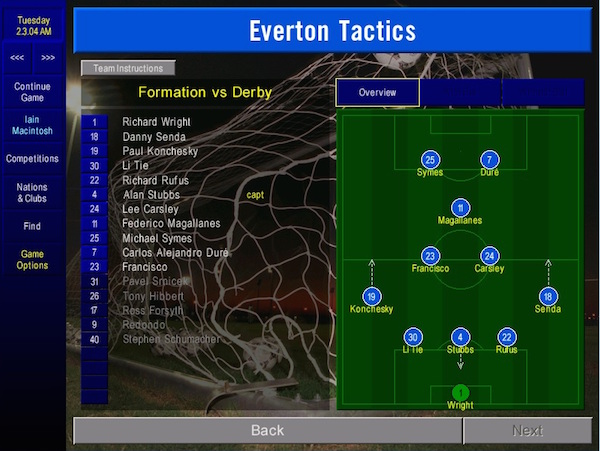 They had two shots. Two. We had loads. This is what happens when confidence dips and you lack a few players capable of unlocking a good defence. No-one is doing anything wrong, we’re playing good football, we’re making chances. It’s just not happening for us. That’s five league games without a win now. We’re sliding down the table. 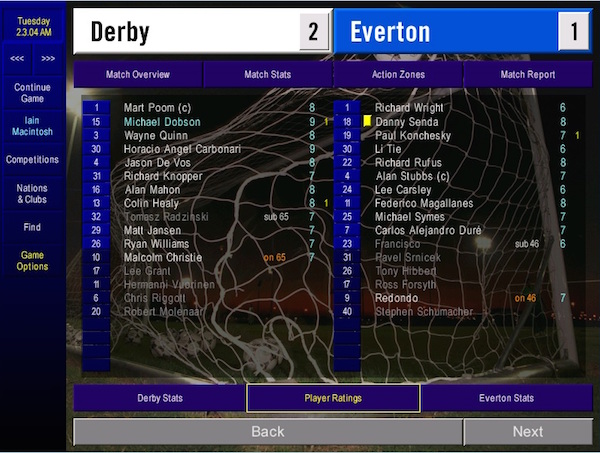 But if the league is being unkind, there’s always solace to be taken in the cups. We’ve been granted a visit from Aston Villa, a decent side, but a side that we know how to beat. They’ll match our 5-3-2 under Glenn Hoddle, but we do it better. We’ve got silk, we’ve got steel. We haven’t exactly got the forward line we’d like, but maybe today is the day it all kicks into gear. We’re so obsessed about the future and what a better stadium might bring, or how Cherno Samba will make us amazing. Maybe we could complete the challenge here and now, this season, by winning the FA Cup? 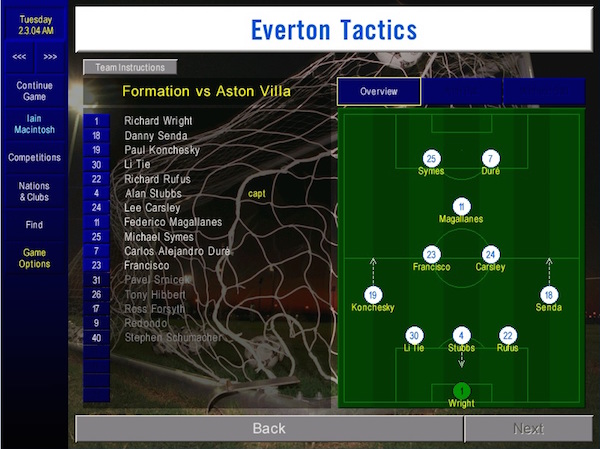 Oh God, that was horrifying. There’s no hard luck story here, we were appalling. I made three changes at half time, but I’d have made ten if I could. Villa just went for the throat and it was all over inside 20 minutes. These players are broken, but there’s no-one to replace them. We have to turn this around and we have to do it quickly. One thing is certain, the challenge will not end this season. We’re out of the cups and we’ve lost far too much ground in the league. We’ll be back for 2004/05, I’m afraid. 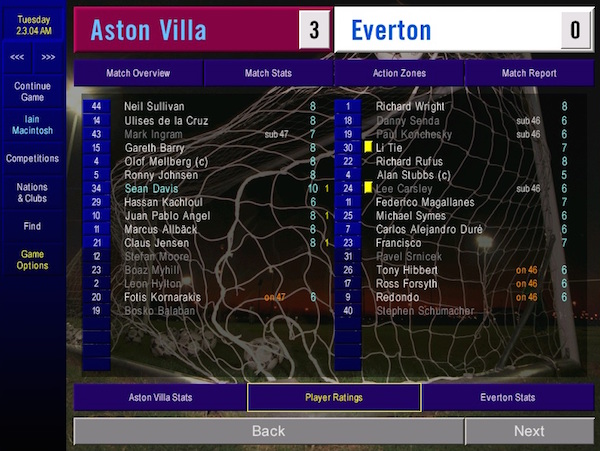 Another injury up front but we’re way past the point where it can do us any harm now. It’s Carlos Dure who pulls up in training, but he made little of his unexpected second chance in the team and it’s no loss. I wish I could be enthusiastic about the return of Chadwick, but he’s allergic to goals. However, we do have Duncan Ferguson at 90% fitness and, in the absence of any other option, he gets to sit on the bench. But at the other end of the bench so there’s no awkwardness between us. In fact, fuck it, I’ll watch this one from the stands. You get a much better view up there anyway. 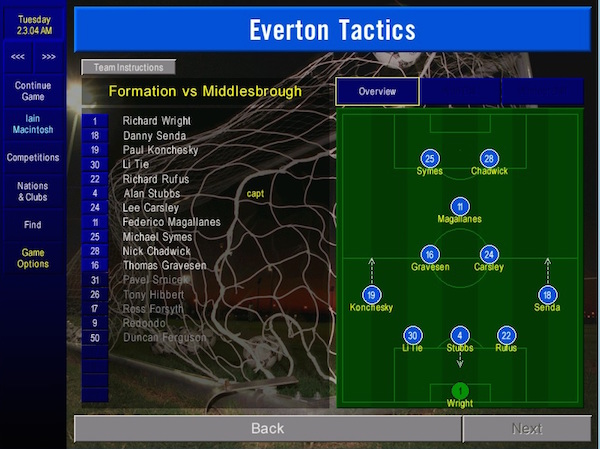 We’re back into dominating games, we’re back into piling in shots, but we’re not back to winning, even when the opposition play out the last 30 minutes with ten men. I know that I should see this point as evidence that we might have stopped the rot, but it’s all so disappointing that I just want to slip away somewhere and drink hard and fast until that deceptive, reassuring warmth chases away the icy fingers of doubt that keep poking me and flicking my earlobes. I didn’t use Ferguson. In truth, there were very few circumstances in which I ever would. He knows what he’s done. He knows what he is. And there is no way back. 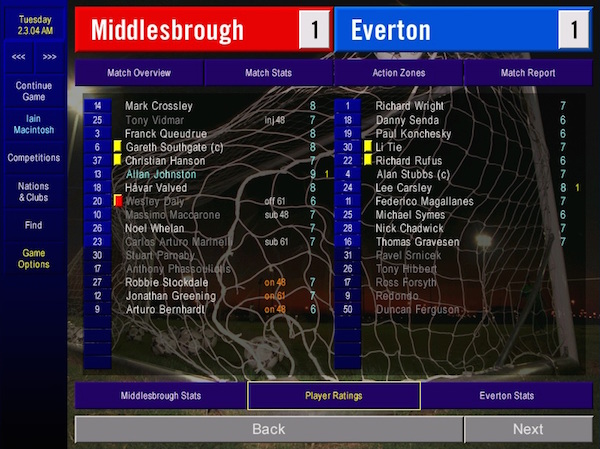 It’s not a disaster to be where we are. We’re Everton. We’re ravaged by financial irregularities and we were tipped for the drop this season. We knew that our early form was misleading. We knew we didn’t deserve to be in a title race. But this steady decline hurts so much more than consistent uselessness. We have to improve. We have to end the season on a high. 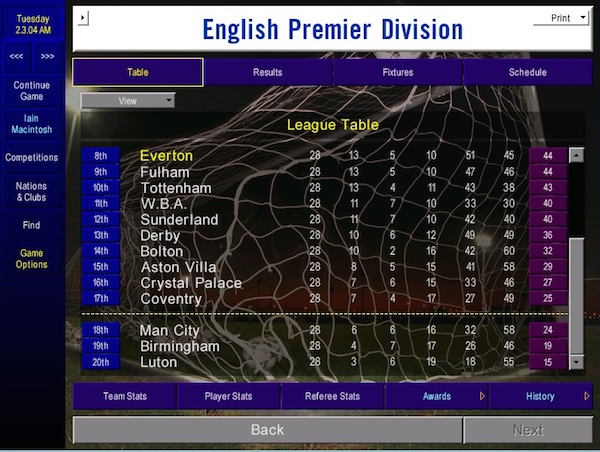