We received hundreds of brilliant entries in the Cheltenham Challenge and have now filled half of the seats for our four 16-team live tournaments around the UK in April. We’ll start notifying the chosen managers early next week.

But for those of you who missed out last time, we’re giving you another chance to get involved.

The second preliminary challenge to book your seat at one of the four live tournaments – and be in with a chance of winning £5,000 in the grand final in London on May 4th – takes us back to Scotland.

As you’ll remember from the FM17 Project, things weren’t always rosy for Iain Macintosh, Alex Stewart and Matt Stanger in the Celtic v Rangers challenge. Iain may have won the Scottish Premiership, but plenty of you were convinced you could do better. Now is your opportunity to prove it.

We want you to take over at Celtic or Rangers in FM17 (full version – no restrictions on database size, leagues or manager experience) and show us your managerial skills and creativity.

We’re not only looking for the best, but also those who think outside the box. You don’t need to finish a full season – prove you’re worth a chance to win £5,000 in however much time you can dedicate.

There’s a deadline. You have until 23:59 on Sunday, March 19th to get your entries in. You must email [email protected] by 23:59 with the following information:

*Achievements to look out for in your save file. We won’t just be picking the best. If you’ve had a ridiculous bad beat, scored the most goals in the league, recorded the biggest victory and so on, you’ll also be in with a chance of making the cut. The more creative the better.

Don’t cheat – we’ll know if you did. We have ways and means of checking the save file and have already disqualified a number of entrants. 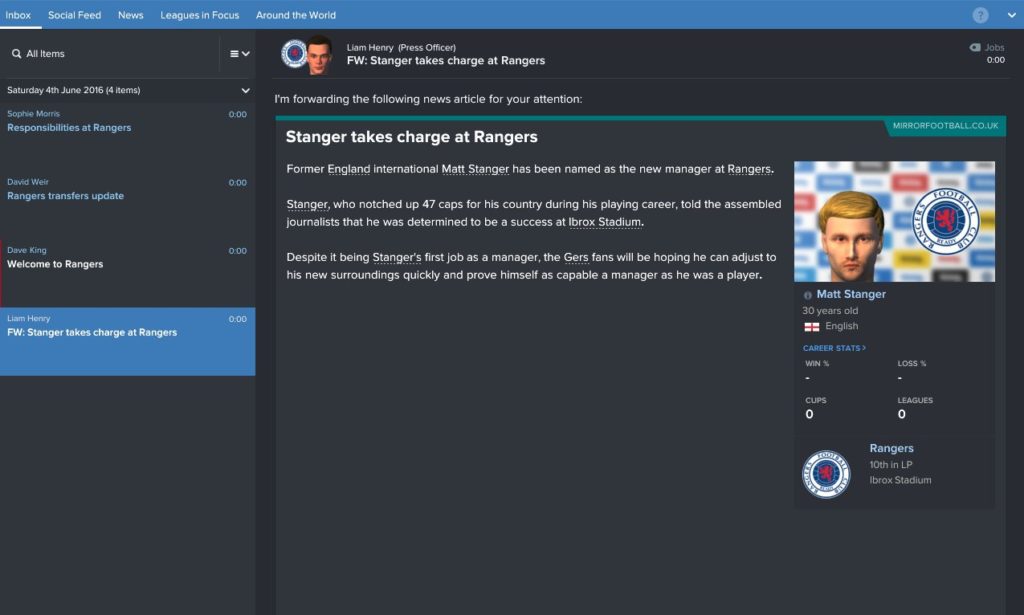