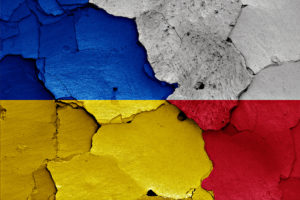 Ukraine will be glad to see the back of Euro 2016.

All but dumped out with one group game remaining after losses to Germany and Northern Ireland, Mykhaylo Fomenko’s men have failed to register a goal in the tournament and have the joint worst record of all the teams (along with Turkey).

Poland, on the other hand, have been unremarkable but consistent.

Holding Germany to a 0-0 draw on Thursday allowed Poland to keep the pace with the current world champions, who are now only ahead of them on goal difference thanks to Bastian Schweinsteiger’s 93rd minute strike in the previous game.

Robert Lewandowski, Poland’s dangerman, has been muted so far at this tournament and he must begin to stamp his name on matches if his team are to progress through the knockout stages.

Fortune has favoured Poland in that they face a deflated Ukraine side who, despite controlling much of the ball against Northern Ireland, failed to utilise their possession effectively.

This is the type of fixture that will allow Białe Orły to build their play slowly, allowing Lewandowski to get into the positions from which he is most effective.

Realistically, only a loss to Ukraine and a draw in the game between Germany and Northern Ireland will see Poland fail to qualify automatically for the next round.

Recommendation: Poland to win and under 2.5 goals

For Peruvians, the excitement should be almost unbearable. Thirty-six years after their…