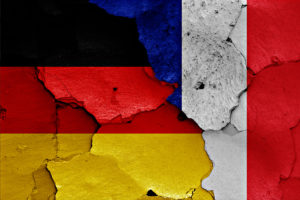 With the other semi final made up of one team without a win inside 90 minutes at Euro 2016 and the other playing in their first tournament since 1958, it’s difficult to avoid saying that whichever side comes out on top of Thursday’s game will becomes favourites for overall winner of the tournament.

Germany’s tournament has been conducted with typical German efficiency – unbeaten and unbreached until a 1-1 draw with Italy in the quarter finals, an uncharacteristically nervous penalty shootout victory over Gli Azzurri saw them claim a place in the final four.

Despite their ruthless streak so far in this year’s tournament, Die Mannschaft looked rattled against Italy and their lack of firepower up front has been cited as their main weakness.

Their striker situation was hampered further by Mario Gomez’s injury in Saturday’s victory, the Fiorentia man becoming another name on an ever growing list of German players who will not feature in the semi final.

Mats Hummels is suspended while Bastian Schweinsteiger and Sami Khedeira have both been ruled out by injury, meaning Joachim Loew will have to reshuffle his tactics ahead of such a pivotal game.

France, on the other hand, are the only side in the semi-final without any major absentees.

Les Bleus have enjoyed a strong but slightly inconsistent tournament, relying on late goals to overcome Albania and Romania in the group stages and having to come from behind to beat Republic of Ireland in the round of 16.

A 4-0 half time lead against Iceland in the quarter finals was mildly overshadowed by a 2-1 loss in the second half. Though the game finished 5-2, this result served as a good representation of the type of tournament that the hosts have had.

Both sides have found goals relatively easy to come by, but once put to the sword have begun to waver.

If one team can race into a lead they should be able to hold on but, with Germany chasing back to back international trophies and France unlikely to roll over at their own competition, this has the potential to be one of the games of the tournament.

Recommendation: Both teams to score at 2.00