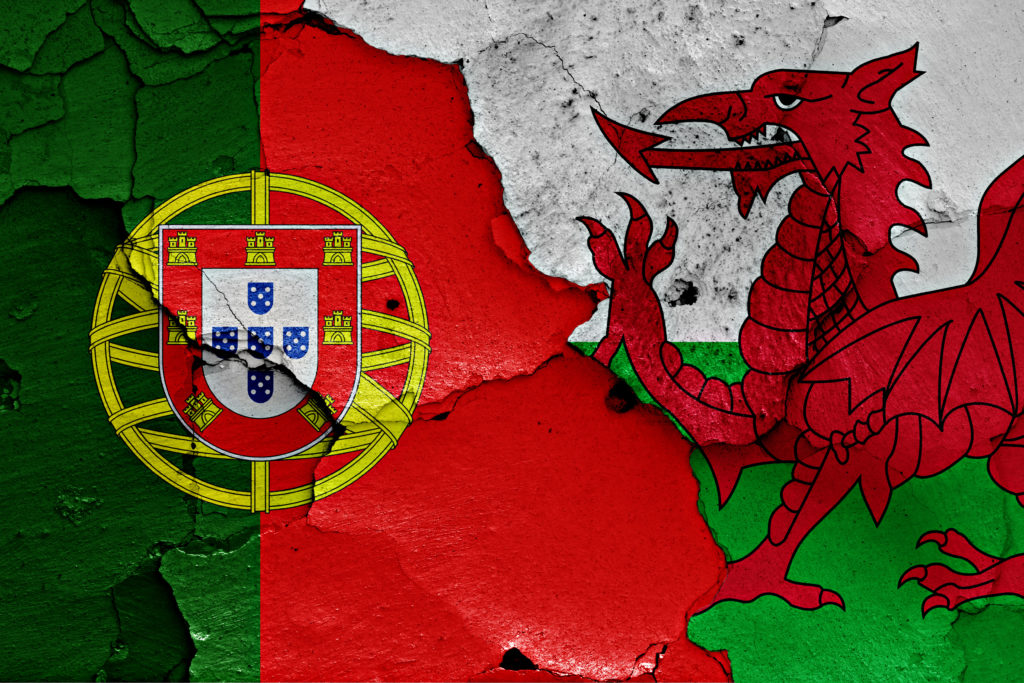 Wednesday’s game has been penned by many as Gareth Bale vs Cristiano Ronaldo: Real Madrid’s ‘frenemies’ and the two most expensive players in football history facing off against each other on the international stage for the first time.

In reality, this match is between a team who can’t buy a win and a team that, for the most part, can’t stop winning at Euro 2016.

Portugal somehow find themselves in the semi final despite failing to taste victory within 90 minutes at the tournament.

Three group stage draws saw A Seleção qualify in third place of Group F, results that were followed by a 1-0 extra time victory over Croatia in the round of 16 and a quarter final win on penalties against Poland.

Fernando Santos is without midfielder William Carvalho after the Sporting Lisbon man picked up his second yellow card in five games, resulting in a suspension for this semi-final clash.

But all eyes will be on star man Ronaldo as the lowest scoring team left in the tournament try to win their first game within regulation time.

The 31 year old has found the back of the net twice at this year’s tournament but both goals came in their final group game – a 3-3 draw against Hungary.

Nobody else has really stepped up to shoulder the goalscoring responsibility and, as a result, goals have been few and far between for Santos’ men.

Wales, on the other hand, have been scything through teams almost at will.

Only host nation France have scored more goals (11) than Chris Coleman’s men (10) and it was Daniel Sturridge’s 92nd minute winner that prevented them from reaching the semi-finals unbeaten.

Despite that 2-1 loss to England, Wales topped their group thanks to 2-1 and 3-0 wins against Slovakia and Russia.

And a 1-0 win against Northern Ireland in the round of 16 was followed up by a 3-1 rout over Belgium, a side ranked number 2 in the world.

Each game has thrown up a different test for a side playing at their first international tournament since 1958, but The Dragons’ team spirit and impeccable tactical awareness has seen them overcome each challenge at a canter.

Coleman has his own answer to Ronaldo in Real Madrid team mate Bale and, with stand out players Aaron Ramsey and Ben Davies suspended, the former Tottenham man will be expected to display his remarkable ability of producing goals from nothing.

With so much hype surrounding this game, I fear it has the potential to bring out cagey performances from two teams eager to keep a place in the final within their grasp.

And while Portugal’s defensive approach may play straight into Wales’ hands, the Dragons could find it difficult to transform possession into goals without Ramsey in midfield.

Recommendation: First half under 0.5 goals at 2.25 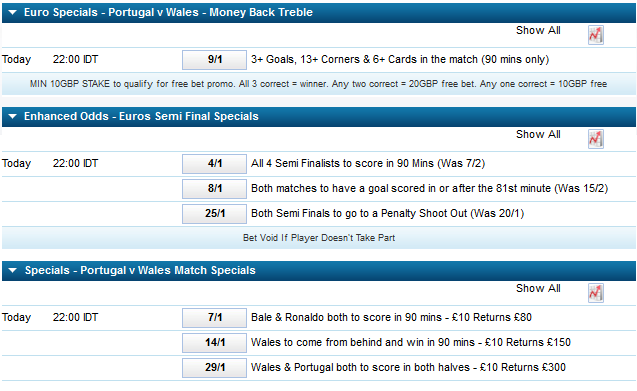 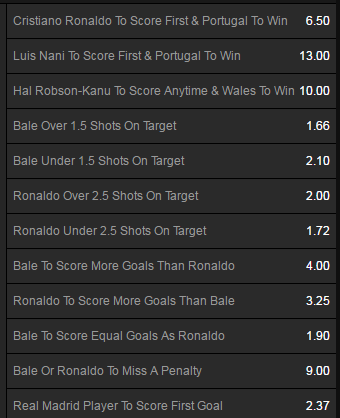