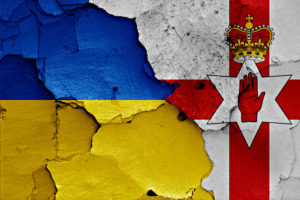 Northern Ireland fell to a 1-0 loss against Poland on Sunday without much of a fight.

But thankfully for Northern Ireland the stats failed to translate into goals and Ajax’s Arkadiusz Milik – one of just two Eredivisie players at this year’s tournament – was Poland’s only goalscorer.

Michael O’Neill had set his team up to defend, something he looks set to do in most of Northern Ireland’s games at this tournament.

But with League One side Fleetwood Town’s Conor McLaughlin at right-back the whole team will have to dig in if they want to avoid conceding.

Ukraine gave a great account of themselves against Germany despite finishing on the wrong side of a flattering 2-0 scoreline.

A gravity – defying goal line clearance from Jerome Boateng prevented Yevhen Konoplyanka’s equaliser, while Manuel Neuer was called into action by Andriy Yarmolenko more times than the German goalkeeper would perhaps have liked.

Northern Ireland will do very well to prevent those two Ukrainians from getting near their goal and, if the current world champions struggled to, it’s not going to be an easy task..

Defensive tactics against an attacking team usually means one thing and I can’t see Northern Ireland getting much change out of a dangerous Ukraine side.

Recommendation: Ukraine to win to nil at 2.20