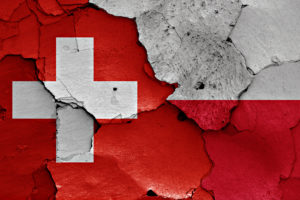 After finishing second in Groups A and C, respectively, Switzerland and Poland go head-to-head in the first of eight knockout Round of 16 matches.

But warning signs have been there for Adam Nawałka’s men, and they were fortunate that Ukraine had left their shooting boots in Kiev for their final group game, running out as 1-0 winners from a game in which they spent the majority of the time on the back foot.

Białe Orły scraped through their first group game against Northern Ireland by the same scoreline before drawing 0-0 with Germany, meaning Polish superstar Robert Lewandowski is still yet to open his account at this year’s tournament.

But while they may be lacking firepower up front, they (along with Germany and Italy) are yet to concede a goal in the tournament and they face a Switzerland side who have also proved weak in attack.

Schweizer pati have scored just two goals in three games, winning one and drawing two. They are also unable to boast a clean defensive record like Poland’s due to the goal they conceded in the 1-1 draw with Romania.

But Vladimir Petković’s side have dominated possession in all the games they have featured in, including against group winners France, thanks in no small part to Arsenal’s latest signing Granit Xhaka.

The midfielder has been awarded the man of the match award for both games in which Switzerland managed to keep a clean sheet and has proved himself to be one of the most important players to their team.

Neither team has set the world alight with their performances at Euro 2016 but when survival in the competition is at stake, we may see the gloves come off.

Recommendation: Both teams to score at 2.25

Winner Sports
100% deposit match for new members
Betway
Poland to win and both teams to score at 7.00 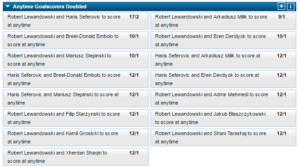