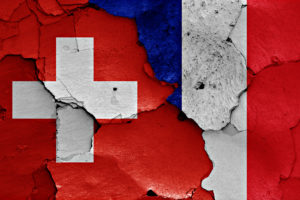 Antoine Griezmann and then man-of-the-moment Dimitri Payet both netted in injury time to beat Albania 2-0 and send the host country through to the round of 16.

That win means Saturday”s result is relatively unimportant to Les Blues as even a draw will see them through as group winners.

But Switzerland only sit two points behind France and, with Group B still undecided, they would naturally rather qualify as group leaders and avoid the winners of that group.

La Nati will be mindful that a loss could see Romania leapfrog them into second and, as a match between next door neighbours, both sides will be fired up for the win.

Recommendation: France to win and both teams to score at 5.00

Betway
Dimitri Payet to score last and France to win at 10.00
William Hill
Olivier Giroud to score a header at 7.50[/column] 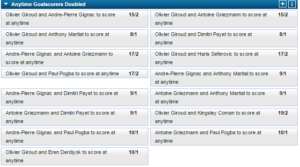