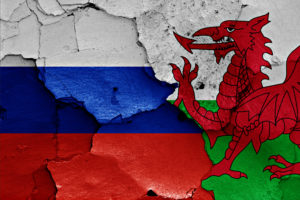 Wales take on Russia this evening as Chris Coleman’s men look to qualify for the knockout stages of a major tournament for the first time since 1958.

Spearheaded by Real Madrid Galactico Gareth Bale, Wales have performed above everyone’s expectations so far at this tournament and nobody would begrudge them if they qualified for the next round.

A sensational victory over Slovakia in their opening game was followed up by a  late loss to next-door neighbours England and leaves them second in their group, one point behind their rivals.

Russia have a solitary point to show from their efforts over two games, courtesy of Vasili Berezutski’s late equaliser against England on matchday one.

But another late goal from Denis Glushakov was not enough to take anything off Slovakia in their second game and Ján Kozák’s men rode out as 2-1 winners.

However, despite so far having a tournament to forget, Leonid Slutsky’s side can still mathematically qualify for the next round.

Every team from Group B is able to see themselves through to the next round if results go their way.

A win for Wales sees them qualify automatically regardless of results elsewhere, but a draw will leave them requiring an England victory against third-placed Slovakia.

Likewise, a win for Russia would see them qualify if England beat Slovakia, but goal difference will play a part if those two draw.

With Group B so open on its last matchday, it’s to be expected that the gloves will be off as all the teams go for it.

Wales have looked like a well drilled team this tournament however and, with Ashley Williams propping up the defence while Gareth Bale leads the attack, they should have enough to see off an underhwelming Russian side.

Recommendation: Wales to win and both teams to score at 7.00

On the face of it, there are very few things that Atletico…