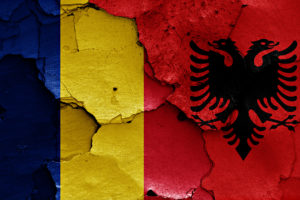 Romania have found it tough going in Group A so far.

They are yet to be completely outplayed, but their perseverance is yet to translate into anything more than a solitary point.

They conceded a late goal to lose 2-1 to France in their opener and, despite taking the lead against Switzerland, their resolve was eventually broken down allowing Admir Mehmedi to equalise with half an hour left to play.

The result leaves them within touching distance of the Swiss, who will be playing group leaders France while this game goes on.

A win for Romania and a loss for Switzerland will see the unlikely candidates join France in the next round.

But both of Romania’s goals have come from penalties and they will have to start creating chances from open play if they are to get a result and possibly qualify for the round of 16.

If Romania have found it tough going, spare a thought for Albania.

Shqiponjat have already been knocked out and failed to score in either of their games.

But they hold the cards for Romania’s qualification from Group A and could potentially cause an upset if they feel like it.

Personally, I can’t see Albania turning it on, but I also worry about Romania’s inability to create chances.

Recommendation: Romania to win and under 2.5 goals at 4.20 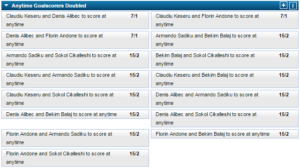