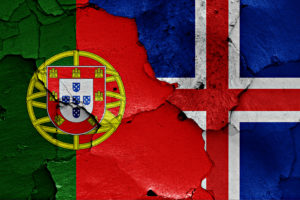 Iceland have won just two of their last 10 matches heading into their warm-up games, with six defeats. The good news is that they’ve at least scored in nine of those games but unfortunately they’ve conceded 20 times in the process. Since 2011 Iceland have played 10 matches against teams ranked 5th-25th and they’ve been beaten eight times while only once conceding less than twice as their defence has been exposed time and time again.

One man who will be looking forward to this match then will be Cristiano Ronaldo. After another prolific season for Real Madrid Ronaldo will be looking to land an elusive first international title. He only scored five times in qualifying but that included a hat-trick against Albania and his ability to score at will against minnows has been evidenced by his 36 hat-tricks in his Real Madrid career. Portugal have won eight of their last 10 matches against teams ranked 25th-70th while six of those games have had at least three goals.

There look to be plenty of goals in this game and Over 2.5 Goals is a massive price at 2.25 given we think Ronaldo might cover that on his own. The match outcome trends also clearly point to Portugal being value for the win at 1.57.