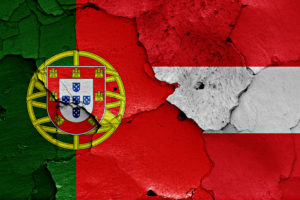 Cristiano Ronaldo blasted Iceland for celebrating their 1-1 draw ‘like they had won the European Championship’, claiming that they have a ‘small mentality’.

These comments serve to prove, however, that the only mentality that needs looking at is Cristiano’s.

The Real Madrid superstar was largely anonymous throughout the game and he cannot afford to go missing again when his side faces Austria on Saturday.

But it was the entire Austrian team that seemed to vanish after stepping on to the field against Hungary.

David Alaba nearly scored the fastest Euros goal in history when he struck the post after 28 seconds, but that was the only moment Austria were able to write home about.

Hungary went on to win 2-0 leaving Portugal and Austria – originally group favourites – sitting third and fourth in the group.

A loss for Austria knocks them out regardless of the result in the other game, while a draw leaves them needing a win against a beefed-up Iceland looking to stamp their mark on their first ever major tournament.

Austria have the team, while Portugal have the individuals. Expect goals in a crucial game that both sides have to win, but it’s almost impossible to say who will. 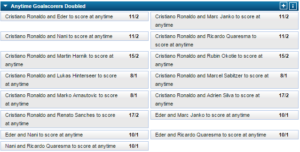