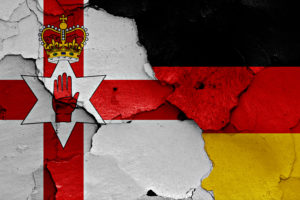 While qualification from Group C for Northern Ireland is achievable, it certainly won’t be easy.

They currently sit third, three points clear of knocked-out Ukraine and a point behind Germany and Poland who lie in first and second respectively, separated by goal difference.

Qualification for Northern Ireland would require them to overcome the monumental task of beating the current world champions Germany: a side whose own progression to the Round of 16 is still not yet mathematically guaranteed.

And with Poland facing a battered and bruised Ukraine side, one qualification spot looks all but taken.

This tournament has thrown up some surprises already, but even Northern Ireland could find this challenge too big to take on.

Germany’s style of play has seen them win games without ever needing to leave first gear and I can’t where Northern Ireland’s chances will come from.

Recommendation: Germany win to nil at 1.72