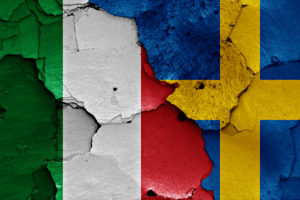 The Red Devils never got out of first gear but Antonio Conte’s well-drilled men put in an assured performance to grind out a 2-0 win.

The Azzurri’s main problem seemed to be their lack of quality attacking options and it was left to Sunderland and Bologna’s 31 year old midfielder Emanuele Giaccherini to open the scoring, with Southampton’s Graziano Pelle sealing the win in the 92nd minute.

A win today will see Italy join France in qualifying for the round of 16 and a similar performance to Monday’s game should be enough to get them there.

Sweden will need to step up massively if they are to take anything away from this afternoon’s game.

Their 1-1 draw with Republic of Ireland on Monday saw them fail to register a single shot on target, relying instead on a Ciaran Clark own goal to snatch an unlikely point.

Zlatan Ibrahimovic is looking to become the first player to score in four separate European Championships and, having spent 7 years in Italy playing for three different clubs, he should feel right at home.

If Sweden score, that’s probably where the goals will come from. Italy’s, however, could come from anywhere.

Coral
Spain and Italy both to win at 9.00
Betway
Zlatan Ibrahimovic to score anytime and Sweden to win at 7.00[/column] 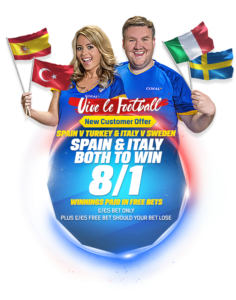