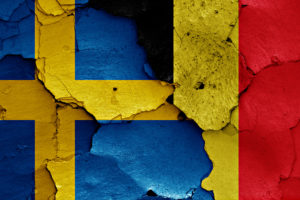 Belgium and Sweden are perfectly poised for an interesting encounter.

The winner of the match qualifies for the Round of 16 with current group leaders Italy and, based on the tournaments these two sides have had, I’m not sure anyone can predict the scoreline.

Sweden have failed to hit the target in over 180 minutes of football at this tournament but, with a player like Zlatan Ibrahimovic leading the line, a goal can come at any moment.

The only reason they aren’t already eliminated is due to Ciaran Clark’s own goal that handed Blågult a late, vital equaliser in their game against Republic of Ireland.

With nothing to lose, Sweden should hopefully change to a much more attacking playing style and put a nervy Belgian side to the sword – Ibrahimovic usually only needs one chance, he just hasn’t been gifted it yet.

Belgium’s Red Devils have had what has started to become a rather typical tournament for them.

After their poor performance in a 2-0 loss against Italy on matchday one, De Rode Duivels turned it around completely, battering a stunned Republic of Ireland side 3-0.

This Jekyll and Hyde type of campaign has become a recurring theme in recent years for Marc Wilmots’ team – when it works it’s beautiful, but when it doesn’t it’s a disaster.

Nobody can ever be truly sure of exactly which Belgium side will turn up, but they simply must dominate Sweden like they did to Ireland as I’m not sure they have it in them to turn a game around from a losing position.

William Hill
Ibrahimovic to score and Sweden to win at 8.00
Winner Sports
Italy to Win & Keep A Clean Sheet at 3.75