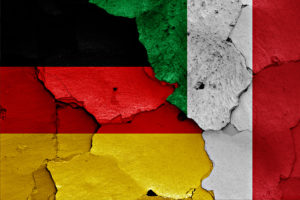 Statistically speaking, Germany enter the quarter finals as the best team so far at this year’s European Championships.

Six goals scored without reply over a four match unbeaten run, Joachim Low’s side have displayed a typically efficient German performance in each game they’ve played at this tournament.

Their group stage 0-0 draw with Poland was sandwiched between 1-0 and 2-0 wins over Ukraine and Northern Ireland, respectively.

The worry as Germany progressed through the group stages was their lack of firepower, relying on out-of-sorts Thomas Muller and Mario Gomez to tuck away the goals.

Muller hasn’t scored in 9 games at the Euros and one cannot say that Gomez is playing at the same level as the rest of the Germany team.

But German goals can come from all over the pitch and Slovakia, into the last 16 by virtue of their third placed finish in Group B, were swatted aside 3-0 in the Round of 16 by the current world champions, who are looking to emulate Spain with back-to-back international tournament wins.

Germany’s ability to completely shut out their opponents, dominate possession and seemingly create chances at will is their greatest asset and they will need to hold on to that going forward.

Saturday’s opponents Italy, however, will arguably the toughest side Germany have had to overcome at the tournament so far.

Seemingly coasting through to the Round of 16 after 2-0 and 1-0 wins against Belgium and Sweden, a last gasp Robbie Brady header saw Gli Azzurri end the group stages with a loss against Republic of Ireland, though Antonio Conte’s men still finished top of Group E, setting up a Round of 16 meeting with current holders Spain.

The most impressive facet of Italy’s performances in this competition has been their ability to approach each game with a well rehearsed tactical plan, tailored to suit their opponent.

Against Spain, Conte already had the advantage of seeing Croatia put La Roja to the sword and beat them 2-1 in their final group match.

The soon-to-be Chelsea manager’s masterplan was executed to perfection and through excellent deployment of his fullbacks Italy rode out as 2-0 winners, though it could have been much more were it not for a string of impressive saves from David De Gea.

In Germany vs Italy, we will see two of the most tactically astute managers and sides in the world coming up against each other.

Though there is a potential risk of this being an unstoppable force vs an immovable object, I think both teams will fight tooth and nail to secure a place in a semi final against either France or Iceland.

Recommendation: Both teams to score at 2.20