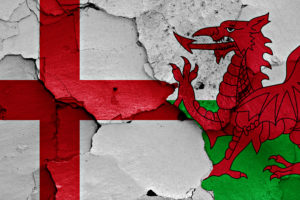 Wales have had the best start of all the home counties at Euro 2016 by becoming the only UK team to win a game –  or score more than one goal – at this year’s competition, with a 2-1 win over Slovakia on Saturday.

That conclusive result came despite this being Wales’ first appearance at an international tournament since 1958, a feat that one player has been credited with more than most.

Talisman Gareth Bale looked permanently dangerous and inevitably got himself on the scoresheet with the opener, something he looks set to do a few more times before his tournament is over.

The 26 year old had a hand in 82% of his team’s goals in qualifying, scoring 7 and assisting 2. No other player came close to matching that feat.

But Roy Hodgson has his own emerging superstar in the form of Harry Kane. Since his England debut last March –  in which he scored after

being on the pitch for just 79 seconds – he has gone on to net a further 4 goals for the national side and cement himself as a regular starter in the team.

The service he received in Saturday’s draw with Russia was a far cry from what he is used to in the Premier League but Kane, like Bale, is the kind of player that can create a goal from seemingly nothing – something he may need to do if Hodgson’s men are to put that disappointment behind them..

England’s near perfect performance against Russia was dashed in the 93rd minute when Vasili Berezutski equalised with the last kick (header?) of the game.

This means a result against their next door neighbours is imperative if they don’t want to find themselves 5 points adrift of the top of the group with just one game left to play.

Much like at club level form goes out of the window in a derby match and I predict this game to be no different.

If England’s Tottenham Hotspur full backs can handle the threat of their former teammate Bale then it will be left to Hodgson’s attacking men to score the kind of chances they squandered against Russia.

If they can’t handle him, however, they might find themselves in a lot of trouble.

Reccomendation: England to win and both teams to score at 3.20