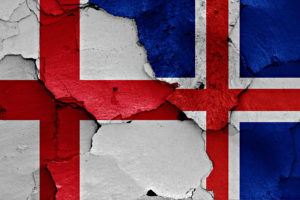 The best tonic for the crushing disappointment felt by England fans, after their national side’s 0-0 draw with Slovakia saw them finish second in their their group to rivals Wales, would have been Iceland’s late winner against Austria.

With England seconds away from having to face a Portugal side that has knocked them out of two of the last five international tournaments, Arnor Ingvi Traustason’s 94th minute goal meant Iceland leapfrogged Portugal into second place to set up this tie.

But England cannot afford to sit back on their laurels against a side that have secured qualification to the Round of 16 on their first ever appearance at a major finals.

Roy Hodgson’s men have looked short of creativity since the competition began and results of 1-1, 2-1 and 0-0 (against Russia, Wales and Slovakia respectively) are not doing much to inspire confidence in the Three Lions’ attacking ability.

Although, as one of the first teams to qualify, they play their game on Monday, exactly a week after their final group game.

And this break will be welcomed by Hodgson, who still has yet to find his best starting XI and formation.

England have looked short of ideas and will need to prepare themselves for a gung-ho Iceland side who seem to be running on pure elation.

Just being at the tournament made Icelandic football history as the first side to ever reach a major finals.

But after drawing 1-1 with Group F heavyweights Portugal in their first game and matching that scoreline against fellow qualification candidates Hungary, they went on to dramatically beat Austria with the final kick of a game that looked set to finish 1-1.

An unbeaten run in their first ever tournament means Iceland are simply walking on air, truly believing they can beat any opponent. England will have to be very careful not to underestimate this side and avoid any slip ups.

If Hodgson’s side can produce the kind of playing style they demonstrated in their 100% Euros qualifying campaign, they should cruise to victory. But Iceland are a small dog with a powerful bite and England will need to be careful if they want to avoid an embarrassing exit.