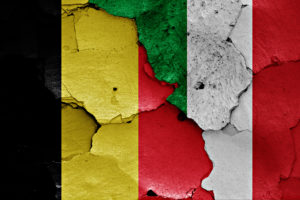 Belgium have won eight of their 10 games heading into the pre-tournament friendlies as they’ve been very strong going forwards but have also shown some weakness in defence with just one clean sheet in the last eight of those matches. Since 2013 they have won six of their 11 games against teams ranked 6th-25th and that includes four wins in the last six.

Italy’s recent record against top-50 ranked sides is terrible as they’ve won just two of their last 17 such matches. Moreover, since 2014 they’ve lost six of 10 games against top-20 ranked sides, including four defeats by 1-0 scores. Seven of those 10 games have had fewer than three goals and while they lack quality players in attack the Azzurri can select the superb Juventus defence of Leonardo Bonucci, Andrea Barzaglia and Giorgio Chiellini.

Italy’s recent defensive efforts haven’t been great though and our best bet for this match is to back Belgium to win at 2.50. Their last six matches have all seen both teams score with four having at least four goals and at 2.62 the price on Over 2.5 Goals looks far too big. The opening round of group games tend to be lower scoring than average but even taking that into account Over 2.5 is worth backing while Over 3.5 is a decent long shot at 4.50.