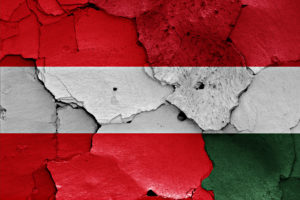 Austria won nine of their 10 qualifying matches as part of an unbeaten campaign and they are big favourites to carry that into the Finals with a win over their neighbours Hungary.

Hungary last faced a team in the top-20 of our rankings in qualifying for the last World Cup, when they were beaten 4-1 and 8-1 by the Netherlands, and they won just four of their 10 qualifying group matches while scoring only 11 times. Furthermore, they’ve not won any of their last 12 matches against higher ranked teams, though they did manage seven draws.

Austria have lost friendlies against Switzerland and Turkey since qualifying for these Finals but they are both strong sides and in their last nine matches against teams ranked 25th-100th they’ve recorded seven wins (W7-D2-L0). That includes five consecutive wins in this qualifying campaign, part of a run of wins in all of their last nine competitive games.

Half of Hungary’s 12 qualifiers, including the play-offs, had fewer than two goals, and given we think they’ll struggle to score it follows that both Under 2.5 Goals at 1.61 and Under 1.5 at 2.75 are excellent value.