THE SIGNIFICANCE: An impressive away win for Schalke, which hints at what life could be like under new manager André Breitenreiter. 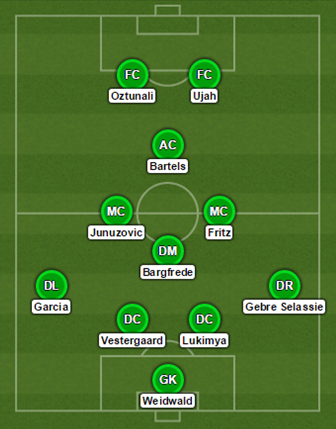 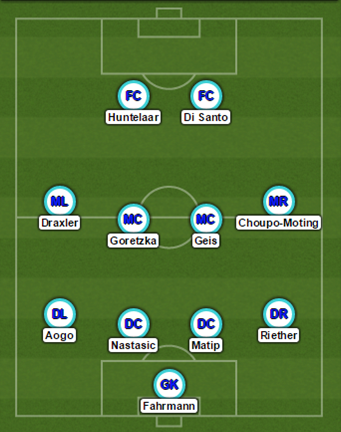 Last season was a mess. Nobody at Schalke can deny that. They began with Jens Keller in charge, but he was sacked in October after a miserable start. In came German speaking, Champions League winning Roberto Di Matteo – the perfect appointment, right? Wrong. Negative football, horrible form and players being released from their contracts after their ‘worst performance in recent years’. All was not well in Gelsenkirchen.

This opening day fixture would involve two household names in the Bundesliga going head to head. It’s easy to forget that Werder Bremen were champions in 2005/06 and 2007/08, but a return to those days looks unlikely for a little while as they look to rebuild under manager Viktor Skrypnyk. Schalke on the other hand have never won the Bundesliga, but what they have done is finish as runners up on three occasions in the last ten years. After some disappointing recent campaigns, they will be looking to mount a consistent challenge this time around under their new boss André Breitenreiter.

The occasion would also have a bit of bite to it, as Schalke’s new centre-forward Franco Di Santo was booed relentlessly by his former fans after activating a release clause in his contract to allow him to move away from the club. The Argentinian was given a collage of his Werder days pre-kick-off, but sentiment was out the window come kick off as a large banner reading: Di Santo: Ich liebe geld (I love money) was revealed in the crowd.

The game’s opening goal was one that Czech right back Theodor Gebre Selassie won’t want to see again. In the 34th minute, Schalke defender Joel Matip glided forward after the home side sat off him, before attempting to find his Dutch teammate Klaas-Jan Huntelaar after he had peeled off the last defender. As a centre back, eye of the needle through balls are not really Matip’s forte and this was evident, as the pass was not only wide of the striker, but behind him as well. Sprinting back with intentions of pressurising the ominous Huntelaar, Gebre Selassie found himself in possession of the ball but unable to slow down. You know what happens next. After a slight bobble, the ball cannoned off his left foot and looped comically over the helpless Felix Weidwald in the Werder net. Bent over in embarrassment, head in hands, he dusts himself off and goes again. Advantage Schalke.

Despite going ahead, Schalke took their foot off the gas and Werder Bremen had chances to level. Clements Fritz fizzed one just over the bar from 30 yards and Finn Bartels was guilty of fluffing his lines as he was put through on goal, trickling the ball agonisingly wide. At the other end, the propitious Leon Goretzka who missed all of last season through injury, also had a header well saved by Werder keeper Weidwald. This encounter was finely balanced with 65 minutes on the clock.

It wouldn’t be finely balanced for much longer. In the 67th minute, Werder were again guilty of sitting off and Matip would be sure to punish them this time around. Skipping past Aron Johansson with ease, the rangy Cameroonian drilled a defence splitting pass straight to the feet of his compatriot Eric Maxim Choupo-Moting, who controlled expertly before calmly placing the ball into the bottom left corner. While both scorer and assister played their parts for the goal, Werder manager Viktor Skrypnyk will not be happy at how easy it was for Schalke to carve them open. A one goal advantage was turned into two, and the hope of salvaging something from the game was slipping further and further away for Die Werderaner.

The royal blues played the remainder of the game sensibly with two banks of four behind the ball at all times, shutting down any space for Werder to work in. Whilst their main objective was to defend their lead, the pace and skill within their ranks always made them a threat on the counter attack which was just how they wanted it, and score on they counter they did.

Schalke’s third was a goal of real quality. With just five minutes left to play, Werder had abandoned their defensive shape in search of a way back into the match. The ball broke to 19 year-old Leroy Sane in the middle of the his own half, who then decided that he’d turn into the roadrunner for a few seconds. With only Huntelaar in support, Sane drove through the heart of the porous Werder defence and blitzed past the wheezing figures of Assani Lukimya and Philipp Bargfrede who failed miserably in attempts to bring the second half substitute down. With only the giant centre back Jannik Vestergaard to beat, he bided his time before laying the ball on a plate for the onrushing Huntelaar who slotted home from 15 yards. A devastating counter attack which somewhat symbolised the teenagers personal progression over the last 12 months, and the three points were sealed.

In what was a brilliant day for Schalke, it was soured slightly by the injury to defender Matija Nastasic. The Serbian ruptured an achilles tendon early on in the game and is expected to be out for six months. Thankfully, captain Benedikt Höwedes will be waiting in the wings ready embrace the opportunity to win his place back in the side, after initially losing it to the 22 year-old.

As usual, you can only read so much into the first game of the season. The Bundesliga campaign is a long old slog and it would be impossible for any side to maintain winning form throughout. But after acting assertively in the transfer market, with promising youth talent coming through itching to get on the pitch, in addition to their new calm and composed boss taking it all in his stride, have Schalke finally got their shit together?

Did you watch this match? What are Schalke’s prospects for the new season? Is there a game you’d like to see featured here next week? Let us know: [email protected]

We’ve got a German correspondent and he’ll be our eyes and ears in the Bundesliga this season. Here’s his first report.