THE SIGNIFICANCE: An early humiliation for the former European champions. This does not auger well for the coming season. 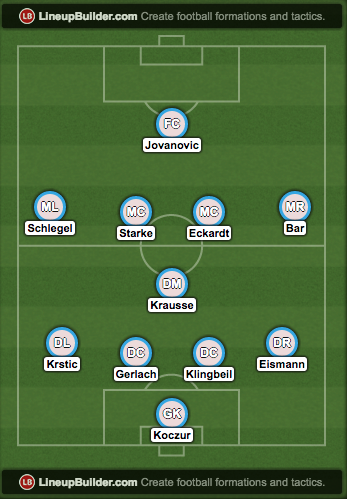 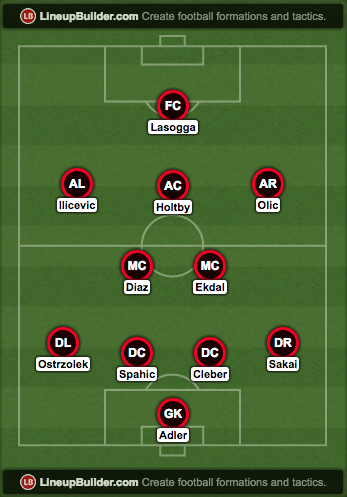 You have to hand it to Hamburg. They can always find a way to get worse. They seem to have a gift for it. They’ve suffered the indignity of the relegation play-offs for two seasons in a row and now they’ve crashed out of the German Cup to fourth flight opposition.

It shouldn’t be like this. Granted, Hamburg are a long way from their late 70s/early 80s heyday when they won three Bundesliga titles and the European Cup, but it’s not that long since they were at least relatively stable. Between 2003 and 2011, they were never out of the top ten. And they are not exactly lacking in natural resources. Last season, their average attendance was 53,252, the eighth highest in Europe. They really should be better than this. They should be a regular presence in the Champions League. But right now, even the Europa League seems an impossible dream. In the Bundesliga, they’ve only put double figures in their wins column once in the past four seasons.

Hamburg have famously never been relegated, but last May they came as close to the drop as is possible without actually going down, beating Karlsruhe in the play-off after extra-time having come within a minute of losing the game in normal time. And what have they learned from the experience? Absolutely nothing, apparently.

The DFB Pokal, or the German Cup if you’d prefer, always sends the top flight away against the lower leagues in the first round, guaranteeing a big payday for some of the smaller clubs while presenting the big boys with what should be a straight forward start to the season. Carl Zeiss Jena should have been more straightforward than most. Once something of a force in East German football, European Cup Winners’ Cup finalists in 1981, they’ve fallen on hard times. They spent two seasons in the second flight between 2006 and 2008, but now they reside in the Regionalliga Nordost, the fourth level of German football. It’s Aston Villa against Luton Town, basically. And it all goes wrong for ‘Villa’ very quickly.

It doesn’t take long to see why Hamburg are in trouble. From the very first minute of this encounter, they look utterly terrified. They try to pass the ball amongst themselves in an effort to build up some degree of familiarity, but it only seems to make it worse. They just keep giving the ball away and when it comes back at them, no-one takes responsibility. On two occasions in the first half alone they manage to turn harmless situations into potential catastrophes by titting about with a reckless disregard for their own safety. It makes for quite stressful viewing and it’s not long before Jena take advantage.

Their opening goal is very odd, and yet entirely fitting. The hosts win themselves a free-kick approximately 40 yards from goal and Hamburg, in their wisdom, opt not to deploy a wall. Or even a man. Two Jena players jump over the ball and then Justin Gerlach absolutely twats it. The ball screams along the surface of the ground like a wayward firework, pings off the inside of Rene Adler’s post and bounces into the back of the net. The Hamburg players stare at each other in disbelief, but it’s hard to accept that they couldn’t have seen this coming. They get to half time without incurring further damage and somehow, when they return, they draw level, albeit in farcical circumstances.

Croatian midfielder Ivo Ilicevic scampers down the left flank, the ball visibly rolls out of play, but he puts the cross in anyway because if you’ve started a job, you may as well finish. Half the Jena defence appeal for the goal kick and the other half just assume that it is a goal kick. Ivica Olic, the patron saint of lost causes, runs in and clips the ball into the bottom corner, just in case. And what a good thing that he did. The referee gives the goal. Keeper Raphael Koczor throws an almighty wobbly and gets himself booked. And all for nothing. The goal stands. Hamburg are back in it. For all of 12 minutes.

Just before the hour, Jena take a quick free-kick and break through the middle. Robin Krausse gallops forward, unopposed. He plays a deft ball into the channels where Gotuku Sakai has been caught in two minds, neither of which you would trust with even the simplest of sums. Sakai is powerless to prevent Max Schlegel from speeding in, skimming a low cross into the six yard box which Jena’s Manfred Starke misses, but team-mate Velimir Jovanovic does not. Jena are back in the lead and deservedly so.

Hamburg are slow to respond, but come close with six minutes to go when substitute Sven Schipplock powers a short range header at goalkeeper Koczor, who flails instinctively and slaps it off the post and away. It looks like Jena will hold out, but just as they did in their play-off last season, Hamburg send the game into extra-time, Michael Gregoritsch blasting home from a corner in the fourth minute of injury time. Jena look crestfallen. They know, as we know, how momentum works in football, how this story is supposed to end now. But the normal rules of narrative don’t apply to Hamburg. They don’t suddenly rediscover their confidence, they don’t surge forward to finish the job and they don’t score the winner. They lose.

There are four Hamburg defenders around Jena’s teenage striker Johannes Pieles when he jumps to reach Filip Krstic’s 106th minute long throw. Not one of them is close enough to even touch him, let alone stop him. Pieles rises, angles his header and sprints off to celebrate with the home supporters. The Hamburg defenders just stand there, jaws agape. It seems to be their default setting.

You can’t read too much into the first game of the season. You can’t predict a 34 game season on the basis of one cup tie in August. But by thunder, it doesn’t look good for Hamburg. Just what on earth has happened to this football club? And who will save them from themselves?

Did you watch this match? Have you got any idea what Hamburg are playing at? Is there a game you’d like to see featured here next week? Let us know: [email protected]

We’ve got a German correspondent and he’ll be our eyes and ears in the Bundesliga this season. Here’s his first report.