It’s 3am at Das Ding, a student club in Cologne. As the chorus of something loud kicks in, the DJ suddenly slams down the volume and everyone, my flatmates Chris and Fabian included, triumphantly shouts “ARSCHLOCH!” at the top of their voices. Thanks to the sophistication of the German tuition they’ve given me (start with the swearwords, work your way out from there), I already know that this means ‘arsehole’.

What I didn’t know, however, is that this is the one word chorus to Schrei Nach Liebe (“Cry for love”), originally an anti-Nazi song released in 1993 by punk band die Ärzte (the Doctors). Now, as Fabian explained later, it has risen back up the charts to support the refugees entering Germany, with nearly a million due to arrive here by the end of the year. 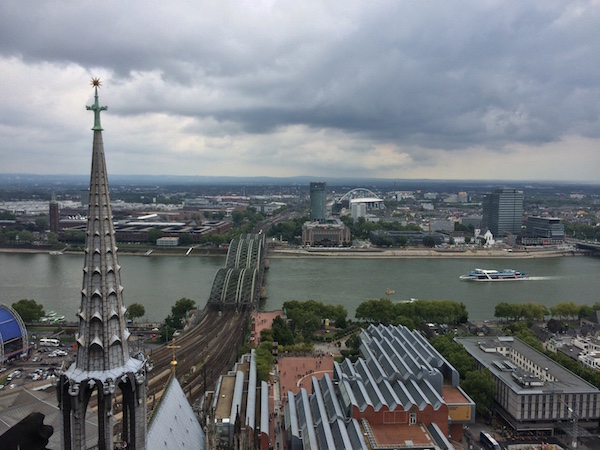 Against all expectations, that night out in Das Ding proved far more culturally informative than my trip to the top of Cologne’s most famous building earlier that Saturday. Standing at just a shade over 157 metres tall is the Dom, the city’s iconic cathedral.  It is the city’s pride and the view you get from the top is majestic, even on a cloudy day. Yet to get there, you have to go through the harrowing experience of dodging past hordes of tourists wielding selfie sticks. If you reach the top of the cathedral, you will find the Lord – Lord Nicklas Bendtner that is – because somebody has plastered a sticker of the former Arsenal striker onto one of the stone balustrades. 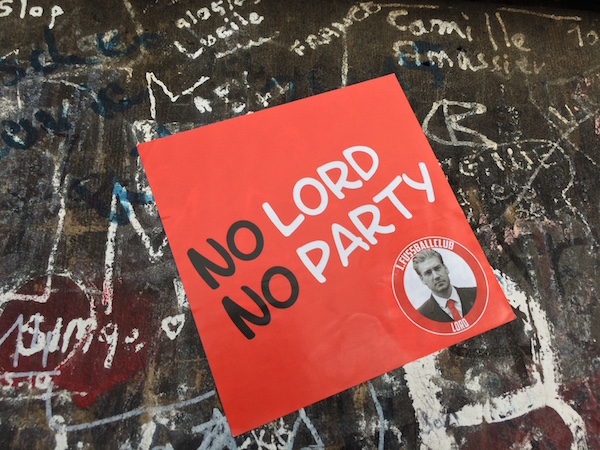 Having pledged to spend the weekend avoiding football (ED’S NOTE: I think you misunderstand your role within this organisation), I cracked on Sunday morning and went to watch some Bundesliga action. This time, it was the Frauen-Bundesliga, Germany’s top division for women’s football as Bayer Leverkusen took on USV Jena.

Chris and Fabian had agreed to come with on Saturday and had we not returned from Das Ding at 5am, I feel certain that they would have been true to their word. Alas, this proved to be a solo voyage north from Cologne to the Ulrich-Haberland-Stadion, positioned right next to the BayArena used by Leverkusen’s men’s team.

Had they been with me, I might have avoided climbing onto the wrong train and heading west towards the Dutch border – an exceedingly impressive achievement given that I’d  gone to Leverkusen just over a fortnight before without issue. I realised my error seconds after the train doors shut, which is always the best time for the penny to drop.

Fortunately, I made it in time for kick off. Unfortunately, I wish I hadn’t. The game was awful. Some goalless draws are entertaining, but this was not one of them. In week one of the season, Leverkusen lost 4-0, Jena lost 8-0 and neither team fancied leaving themselves open to another defeat. 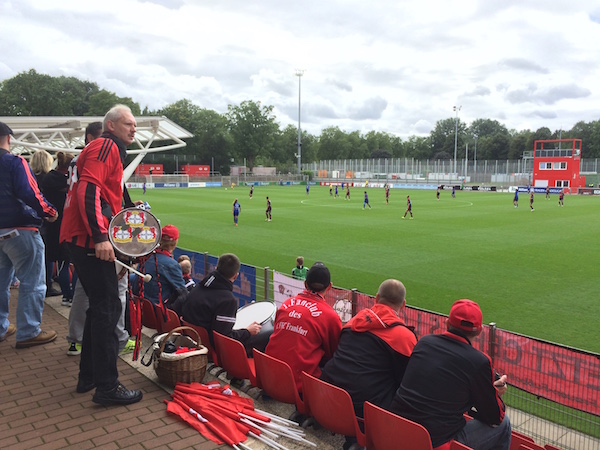 Most of the 348 who gathered for the game sped off at full time, but a few ventured down towards the pitch.  There, Leverkusen’s Turid Knaak signed some autographs for one or two grateful fans – nothing unusual for a top flight footballer, but Knaak, who spent a few months on loan at Arsenal last year, has just entered her final semester of studying to be a teacher.

“I have to study,” she told me. “After a career as a women’s footballer, you don’t earn enough money to live from that. Only a few players in women’s football in Germany can live from playing football.” That’s a little discouraging given that the Frauen-Bundesliga ranks among one of the best leagues in the world.

Knaak says the league is similar to how the Premier League has been in that the four richest teams of Wolfsburg, Potsdam, Frankfurt and Bayern Munich play in a league of their own. “For teams like Leverkusen, we always want to get 5th or 6th – that’s the best we can reach.”

Next year though comes the big decision – to play on in the Bundesliga or to start working full time. “I’ve been playing football since I was five years old. I can’t really imagine life without football.” If work is the victor though, then she can look back on winning the World Cup with Germany’s Under 20s in 2010 and playing for nearly 10 years in the Bundesliga.

For now though, she’s enjoying life as a Leverkusen player. “I still think playing football is better than going out at the weekends, even when you’re sitting on the coach for hours. I don’t think many people have the chance to do what I do, playing football in every city in Germany.”

And yet, if she knew how much fun it was to shout, “ARSCHLOCH!” at the top of her voice, she might have cause to revise that view…