With Christmas just around the corner, what should you put on your list to Santa? We’ve looked around, we’ve asked our friends, and we think we’ve put together a very impressive shortlist. No one has bought their way on to this Christmas List – we only recommend what we like and think is worthy of inclusion. But if there’s something you think we’ve missed, drop us a line at [email protected]…

We’ll start where we kicked off last year’s list, with the treasure trove at the National Football Museum. The shop is filled to the rafters with books, artwork and a miscellany of gift ideas you never imagined.

Who doesn’t want a replica Europa League trophy on their mantelpiece? Who wouldn’t be tempted by Subbuteo-style salt and pepper shakers? We also like these retro coasters, which would make a great leaving present for Alan Pardew. Actually, that’s very mean. Where’s our Christmas spirit? 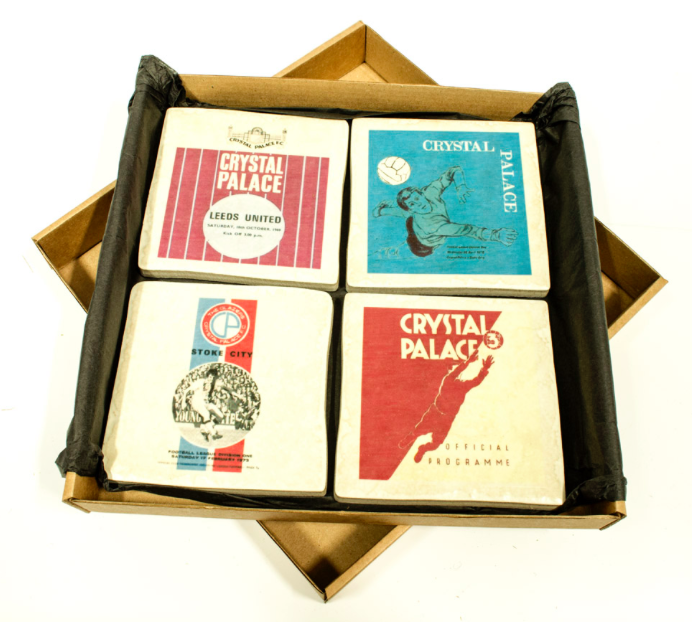 Beyond the Turnstiles
Leon Gladwell’s love for football has taken him on an odyssey around more than 2,000 European grounds – from the top divisions all the way down into non-league. His journey has been captured beautifully in the new book Beyond the Turnstiles, which features nearly 500 wonderfully evocative images as well as essays from highly regarded football photographers. 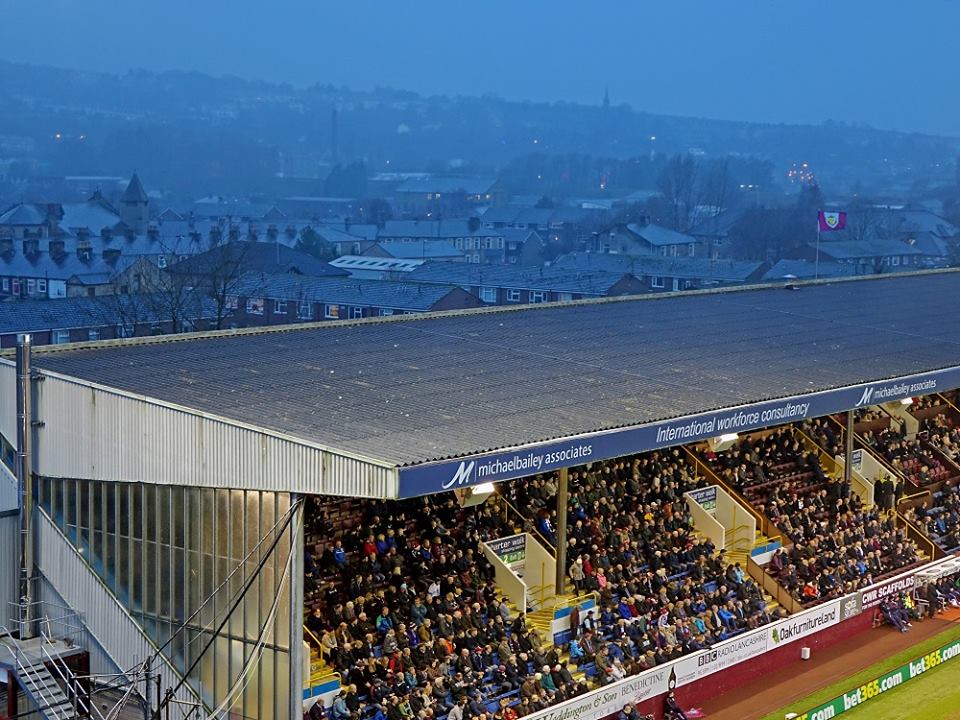 From Sunday league games held under an Ayrshire viaduct to top-flight fixtures played on the volcanic soil of Iceland, Beyond the Turnstiles reflects the game’s subtle joys and how it remains embedded in local communities. For £25 this is one of the finest coffee table books you’ll ever get your hands on, with photographs you’ll want to enjoy again and again. 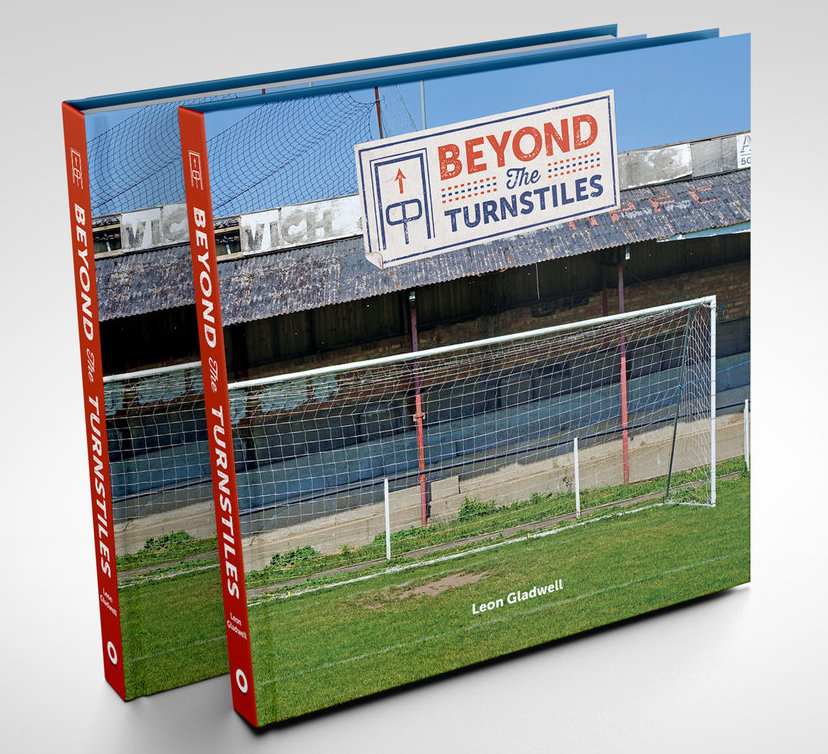 Mister
The Sunday Times Sports Book of the Year, Mister tells the story of the men who taught the world how to beat England at their own game. Damn them.

As you’ll know from our Far-Flung Adventures series, the itinerant careers of British coaches are always a fascination for The Set Pieces. In Mister, Rory Smith masterfully details the lives of these pioneers from the Victorian era right up to Gary Neville’s ill-fated spell at Valencia. To hear from the author himself, read his background to the book here. 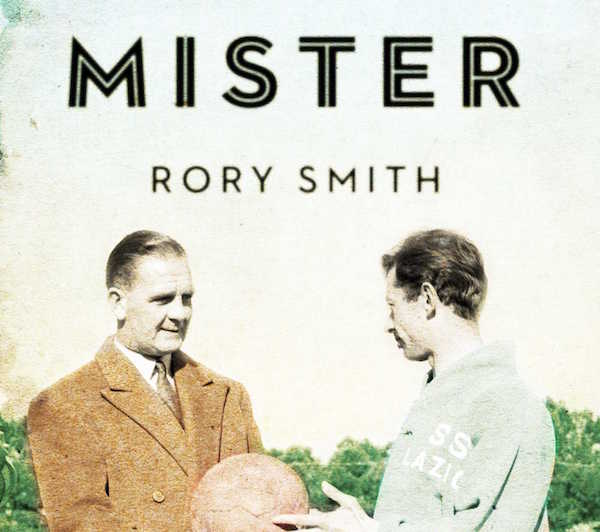 The Illustrated History Of Football
You’re probably familiar with the genius illustrations of David Squires by now. We ran an extract from his new book earlier this year and he had a chat with Nick Miller for our Vox in the Box series. The Illustrated History Of Football is guaranteed to give you belly laughs, being both brilliant and disturbing in parts (look out for Rafa Benitez’s half-time team talk in the 2005 Champions League final). 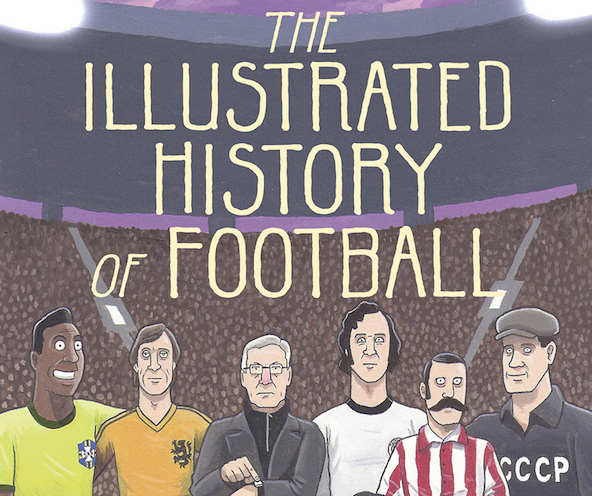 Angels With Dirty Faces
If you prefer to spend the festive period curled up with a good book rather than joining in the family bickering, this 532-page masterpiece is the one for you. In Angels With Dirty Faces, Wilson, who has lived in Argentina on and off for the past decade, shares the volatile history of this football-obsessed nation and the remarkable characters and teams it has produced over the years. 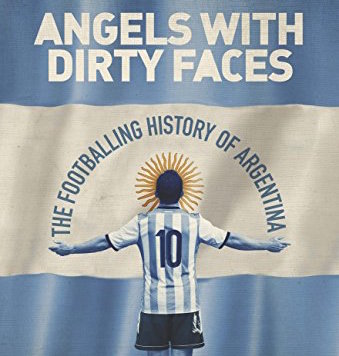 The Roar of the Lionesses
Millions watched during the 2015 Women’s World Cup as England’s Lionesses captured the bronze medal as well as the hearts of a nation. In The Roar of the Lionesses, Carrie Dunn follows some of the most famous – and not so famous – female footballers in the country over the course of the year after the amazing campaign in Canada. Dunn also looks at what the future holds for the women’s game as it continues to grow in the UK and overseas.

There are plenty to choose from, but our favourites are still the ones we grew up with: World Soccer and Four Four Two. Packed with brilliant features and interviews from around the world of football, these magazines are the perfect antidote to the insufferable commuters on your 7am train, and they’ll also add a few extra minutes to that mid-morning toilet break.

We also recommend Mundial, who we’ve featured a couple of times on The Set Pieces. Check them out here.

COPA have always produced great football gear, but their latest retro efforts under official license from Roma and Inter have really caught our eye. Priced from €39.95, these timeless shirts can be worn on any occasion: 5-a-side, down the pub, date night, even at a wedding.

(Important update: Do not wear to a wedding. It is highly frowned upon.) 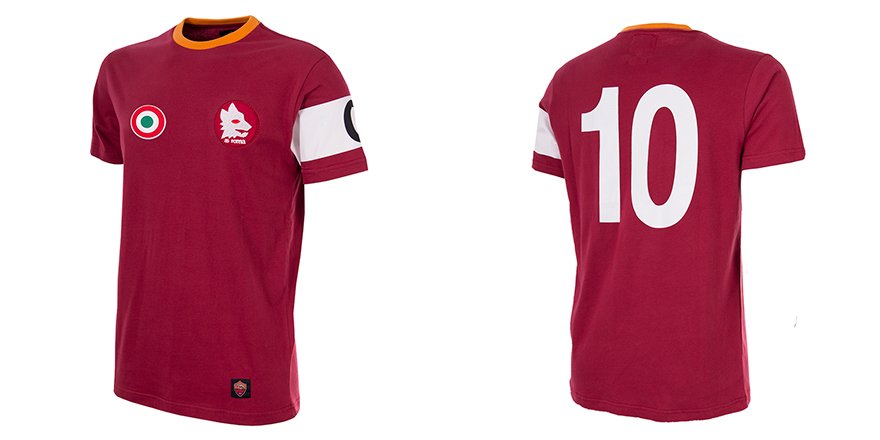 They’re well worth sticking on your Christmas List, but you might want to brush up on your knowledge of Falcao (nope, not that one) and Giuseppe Bergomi to avoid being exposed as a charlatan hipster. 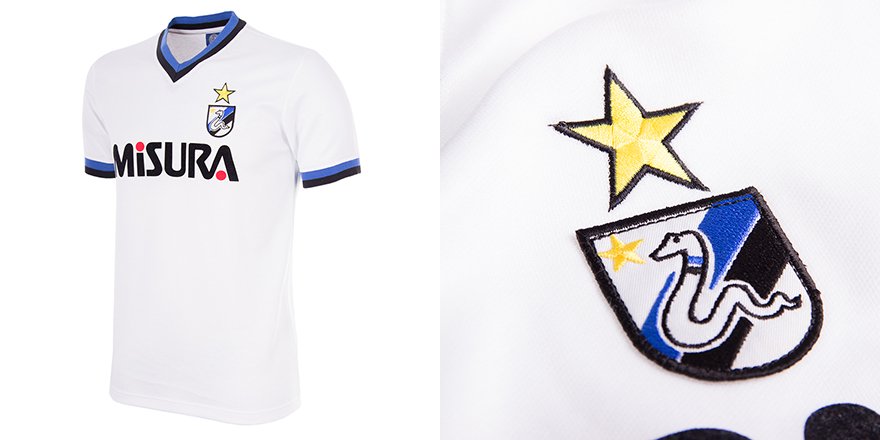 There are plenty of great designs by Art of Football, but our favourite from 2016 has to be the celebration of Hal Robson-Kanu’s wonder goal for Wales against Belgium at the Euros. It might win the Puskas Award, you know. It should win the Puskas Award.

Also, if you use the code “thesetpieces” you’ll get 15% off, because no one deserves a discount more than The Set Pieces readers. 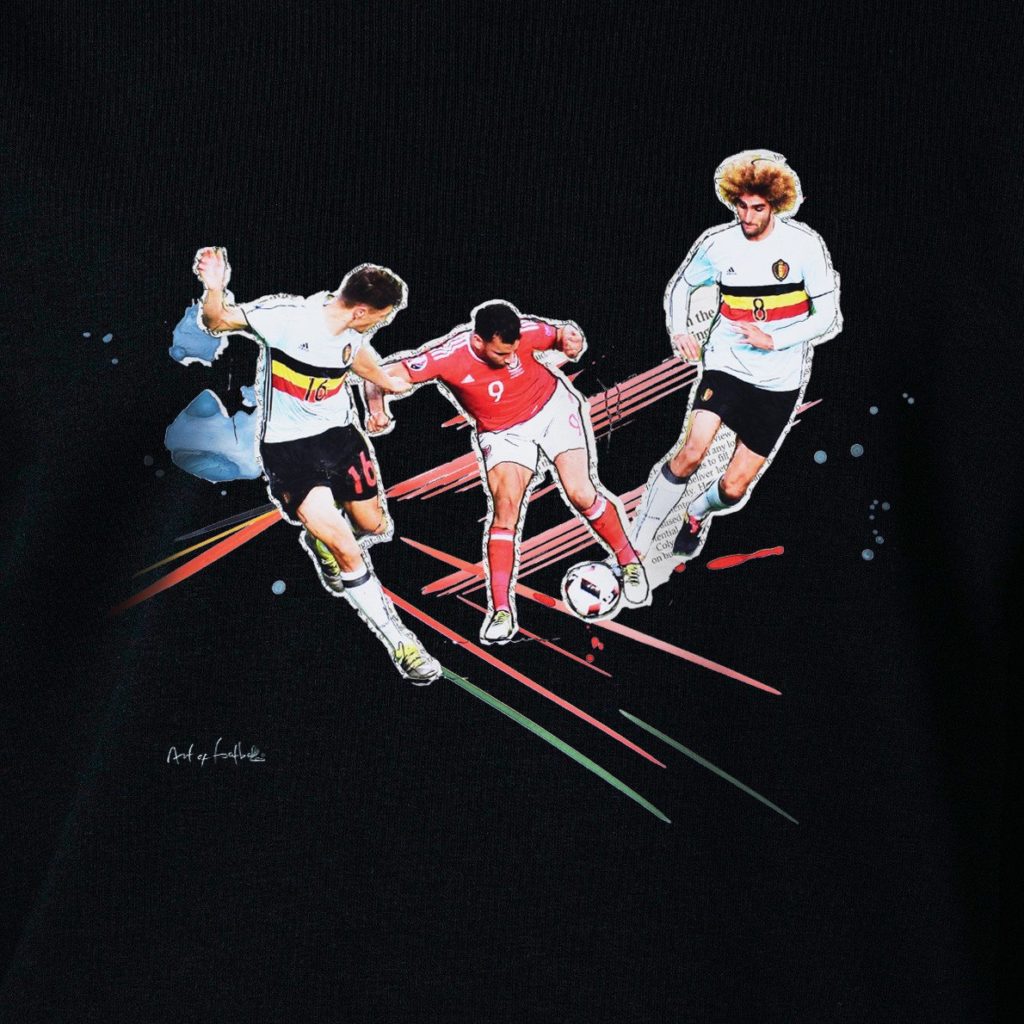 Half-and-half scarves may be all the rage these days, but we’d prefer to wear something a little more sophisticated. The cashmere numbers from Savile Rogue may set you back a bit, but they have scarves and other body-warming items to suit all price ranges.

Plus you can pick club colours from 25 leagues around the world – meaning you can finally show off your undying support for Brisbane Roar, should you so wish.

And if hats are more your thing – specifically Manchester United hats – then keep an eye out for the Schmockle bobble coming back in stock on Rosso Bianco Nero. Fingers crossed. 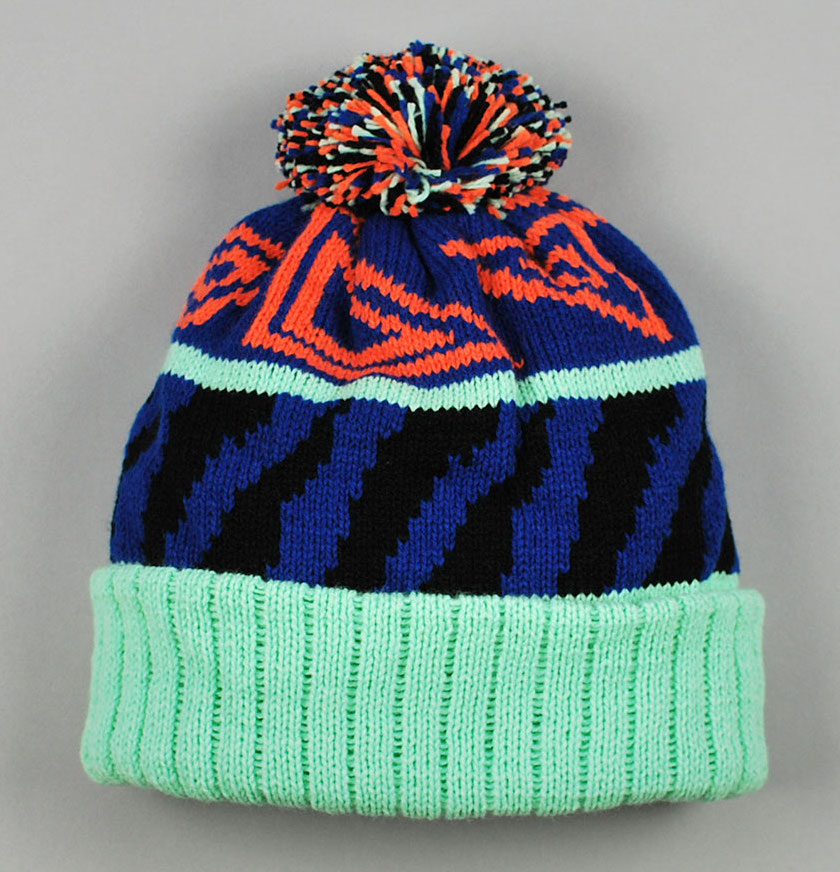 You’ve probably seen Steve Welsh’s work on Twitter many times without realising it. He tweets as @miniboro_dotcom and he’s produced some lovely stuff. We particularly like his ‘F is for Football‘ collection, which look great in a nice frame.

That #Baggio print forms part of my A-Z project btw – all available from my shop – https://t.co/dKL2STZ1tW – pic.twitter.com/zSY64YgwXk

And if you know Steve, you’ll almost certainly know Dan Leydon. He’s a versatile and talented artist and you can find his magnificent work over here.

We’re also big fans of Zoran Lucic, David Diehl, whose halo prints you’re probably familiar with, and Van Hong, who makes art out of those nerdy pass maps you always see on Twitter.

Not really the sort of gift you can ask your granny for, but more of a treat to organise for yourself and a group of mates. The world’s your oyster, but you can’t go wrong with a trip to fabulous Lisbon in spring.

Fly from as little as £60 return, pick up a €25 match ticket to the derby between Sporting and Benfica in April, find a reasonable lodging on Air Bnb, and spend the rest of your pocket money on those delicious custard tarts.

Then go back home and tell the Arsenal fan in the office how wrong they were to loan out Joel Campbell for the season. You can try the same with Lazar Markovic in Liverpool, but it probably won’t be as convincing.

Did you know that you can still buy actual Subbuteo? Oh, you did? Because we included it in last year’s Christmas List? Okay, no one likes a know-it-all. Here’s our official review of the table-top game that proved to be a gateway drug to FIFA, PES and Football Manager. All those lost hours…