Neal Heard literally wrote the book on football shirts. A collector and self-confessed ‘kit head’, his new release ‘A Lover’s Guide to Football Shirts’ has been 25 years in the making. After also compiling the 2003 cult classic ‘Trainers’, which tells the rise of footwear fashion, Neal says his latest title is “the book I have long dreamt of writing”. We caught up with him to hear more…

Is there a golden era of football kits that you focus on in the book?
When I was doing the book I realised I’m a child of my time, really. I still think kits from the 1980s – like Juventus and Saint-Etienne in 1981 – are gorgeous shirts.

What I found is that everyone you talk to will go to their era when you ask for their favourites; so fans who are now in their fifties like kits that are really plain – the old round neck Brazil, for example – and they don’t like sponsors and so on. Then you’ve got my age group, who love the ‘80s and ‘90s shirts, and the younger generation who are different again.

There wasn’t much foreign football on TV growing up so when Italia ’90 came around, it left a big mark on me because the kits were all so new and exotic. I collected shirts in my teens and whenever I went abroad I’d always try and find something obscure – it was a lot harder then. 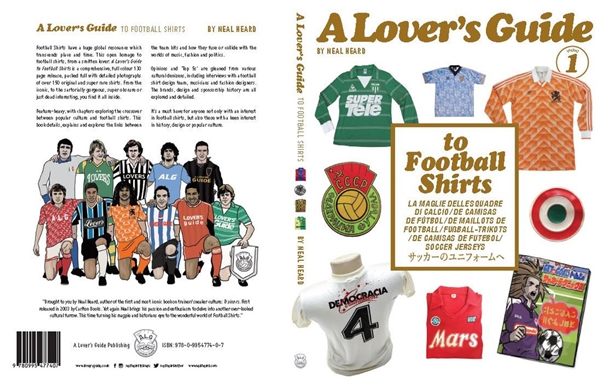 What sort of themes do you look at in A Lover’s Guide?
What I tried to capture is the nostalgia and the small details we all enjoy. I love the universality of appreciating kits – a Polish paper rang me up today, a German paper wants to have a chat, and I’ve heard from people in America and Brazil.

Some shirts are just beautiful in themselves, but lots of them – such as the light blue Napoli shirt with Mars sponsor that Maradona wore – can be quite plain. But we all think of a thousand things the moment we see that Napoli kit because of Maradona and what he did in it. Some people don’t like the new Southampton kit, but say they win the FA Cup or there’s a famous celebration – that shirt will be iconic for all Saints fans forever.

One of the things I found really interesting was the relationship between politics and football shirts. I was really pleased to get my hands on the Democracia Corinthians shirt – it’s a kit hardly anybody knows about, even proper kit heads. It was worn by Socrates, a real idol, and is an iconic shirt that was used to promote a force for good. It shows football and football kits can mean more than all the things we usually go on about. 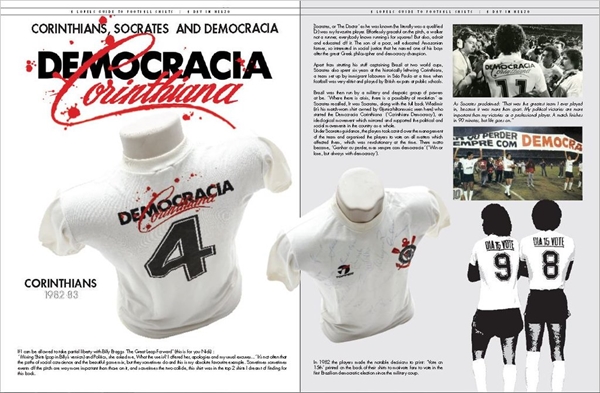 What do you think of current kit trends?
It’s gone full circle. They’re now so simple after it went bonkers for a while – especially in the ’90s, with splatter paint like Norwich and all those ‘ugly’ kits as we call them – but I think it’s going to go the other way again. They’ll bring back something with a bit of design and a pattern – like Germany in 1990 or France ’92.

Most of the new shirts for the forthcoming Premier League leave me slightly underwhelmed. Brands are either channeling the lo-fi traditional style – which has been the trend for the last few seasons – or, like Puma, are pursuing the ever tighter-fitting models, which look okay on muscular players but not really on the terrace wearers.

For me there are three shirts which stand out, which show the direction shirt suppliers should be moving in: 1) Chelsea away – I love the melange small hoops and contrasting neon; 2) Man United away – it’s a great shade of blue that reminds me of the denim-look USA ’94 shirt; 3) Sunderland third kit – I’m a big fan of small hoops and playing around with the third kit, and we need more pink in football.

Do you think clubs should always make an effort to stand out?
I don’t think you have to go bonkers every year, but I hardly featured Bayern Munich and Real Madrid in the book because – although they’ve won the lot – can you name one specific kit they did it in?

You should always try and make some sort of statement with a kit. Say Liverpool this year, why not put a white band on it, or a chevron, or give it white sleeves? I’m a traditionalist – Liverpool have always played in red, don’t suddenly send them out in pink – but at the same time, use your imagination.

I don’t think clubs should ever rip it up and start again – like Blackburn in their blue-and-white halves or Bristol Rovers in the quarters. The heart and soul of football has been chipped away at for years, but some things you’ve got to keep. I think that’s why some brands use the away kits to mess about, as it were, and keep it classic with the home.

Take Southampton, for example: imagine they had come out in red-and-white stripes again. What’s the point of doing kits like that year after year? I’m not saying change from playing in stripes because they’ve always done that, but there is room to play with it all. Inter and AC Milan go back now and again to much thinner stripes because they started out that way, and it looks way better to me. 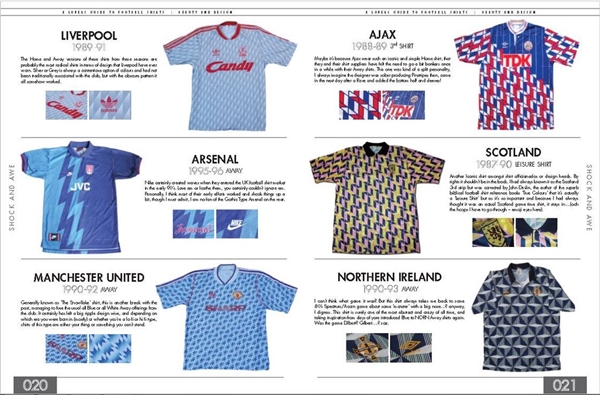 Are you a fan of kit templates?
I know some people don’t like them, but I’m not against them. Germany 1990 would probably get the most votes for being the number one shirt of all time, but there were a couple of teams who wore that exact same design.

Sometimes it’s just that the colours work – you may not even remember that other teams played in the same kit as you. It’s always existed even if it seems a bit lazy.

How important is material?
I always want to wear my shirt as a collector and I’ve always worn cotton – I don’t want to wear shiny material. In a perfect world I’d love suppliers to use merino. It breathes and it’s really lightweight for sport, but doesn’t look really shiny.

You could have it for the player issue shirts and high-end replica for people who are happy to pay a bit more and want to wear club colours in something nice.

You can follow Neal on Twitter and get your copy of A Lover’s Guide To Football Shirts here.

A Lover’s Guide To Football Shirts: in conversation with author Neal Heard
5 (100%) 13 votes