Can Tottenham’s 2014/15 season be considered a success? Many would argue that it couldn’t, but if you look a bit closer there are definitely positives to take into this campaign. New boss Mauricio Pochettino was highly thought of at Southampton, and was brought in to replace Tim Sherwood in the summer. Finishing fifth, guiding them to a Capital One Cup final, in addition to supplying a platform for Harry Kane to flourish cannot be seen as a failure in a year of transition. However, there are definitely improvements to be made as they hope to crack that elusive top four again.

It was no secret that many of their signings two summers ago were not of the required standard, and now Pochettino is having to clean up Andre Villas-Boas’ mess. Paulinho, Etienne Capoue, Vlad Chiriches and Benjamin Stambouli have all left White Hart Lane in what is a considerable trimming of the squad. They have also sold Lewis Holtby to Hamburg and Younes Kaboul to Sunderland, the latter their captain during the early part of the season.

As often is the case, departures mean arrivals. Kieran Tripper comes in from Burnley for £3.5m, as well as centre back Kevin Wimmer from Köln for £5m; two talented youngsters who will provide competition and depth to the Spurs back four, as well as holding considerable potential for the future. Another impressive signing was Toby Alderweireld, who arrived for £11m after spending much of the summer involved in a love triangle between Atletico Madrid, Southampton and Tottenham. He will partner Jan Vertonghen at the back, which instantly looks stronger than Federico Fazio and Younes Kaboul. Do they actually have a defence now?

With their backline shaping up nicely, Tottenham are still very capable all over the pitch. In midfield, the blossoming partnership of Nabil Bentaleb and Ryan Mason in midfield was used regularly by Pochettino last season. The tough tackling yet graceful Algerian has just signed a new deal at the club, taking him to 2020 whilst all action Mason took his chance in the Capital One Cup and hasn’t looked back since. The silky Christian Eriksen, surprisingly efficient Nacer Chadli and sporadic Erik Lamela make up their forward thinking trio, and the main objective for them will be adding consistency to their game. Despite flashes of brilliance being shown on occasion, they were just flashes.

Their key man heading into 2015/16 is Harry Kane. The 22 year-old scored 21 goals in the Premier League last season, and 31 in all competitions. He can score with his head, his left foot, his right foot, but also won a lot of admirers through his work rate, selfless running into the channels in addition to his eye for a pass. Still without any depth up front, their dependance on Kane staying fit and scoring is large, and they will be hoping that last season was not just an anomaly as they look to him to lead from the front again.

Tottenham, with a talented manager and side like Liverpool, are capable of breaking into the top four. One thing to be wary of is their involvement in the Europa League, and how the constant Thursday and Sunday fixtures negatively impacted them last term. But Pochettino knows that to be a top club, you must be able to compete in Europe and domestically twice a week, showing no signs of fragility. While an FA or Capital One Cup run is always possible, should they start the season well they could certainly give a lot of teams problems. 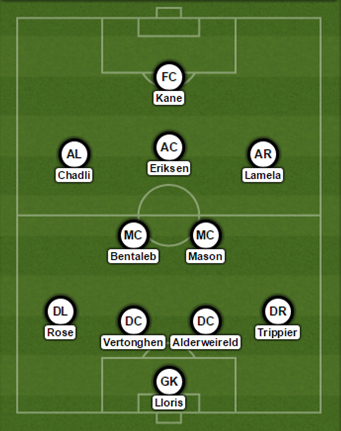 IAIN’S PREDICTION: 6th – I don’t like this new, sensible Tottenham, with their lofty ideas about buying good defenders for reasonable rates. There are certain things you expect in this world and a sensible Spurs is not one of them. If Harry Kane performs as he did last season, they could exert serious pressure on the top four, but perhaps not quite enough to make the difference.