Old Trafford has the honour of hosting the Premier League’s first Friday Night Football. The atmosphere will no doubt be electric given the renewed optimism amongst the Man Utd fans following big summer signings and a winning start to Mourinho’s tenure at Bournemouth last week. Southampton visit after sharing the spoils with Watford at home in their opener and the south-coast club have proven to be somewhat of a bogey side in recent years when they’ve made the long trip up to Manchester, going unbeaten in their last three visits.

Utd’s record read W4-D4-L1 when top-half teams visited last term. Six of these were level at half-time and the only defeat actually came against Southampton. Mourinho will want to improve on this and aim to bring a fear factor back to the Theatre of Dreams, but in what could be our first sighting of the returning Paul Pogba it may take a few games for all the new stars to gel.

Surely Claude Puel will employ the same tactics his predecessor Ronald Koeman did when securing consecutive 1-0 victories here: sitting in and then hitting their opponents on the counter in the second-half.  With a solid defence and the likes of Shane Long and Nathan Redmond in the team it seems a logical move. With this in mind the half-time draw looks tempting.

There have been Under 2.5 goals in the last three Southampton away league matches against Manchester United.  Under Total Goals 2.5 Bet 1.83

“Man Utd got off to the perfect start last week and they have the chance to steal a march on their rivals as they host Southampton in the first ever Friday night Premier League match. Zlatan Ibrahimovic has hit the ground running and will be looking to add to his tally in his first competitive home game for the Red Devils. As always, Coral have the best offers for the biggest matches, so read on to find out more about our new customer offer…” 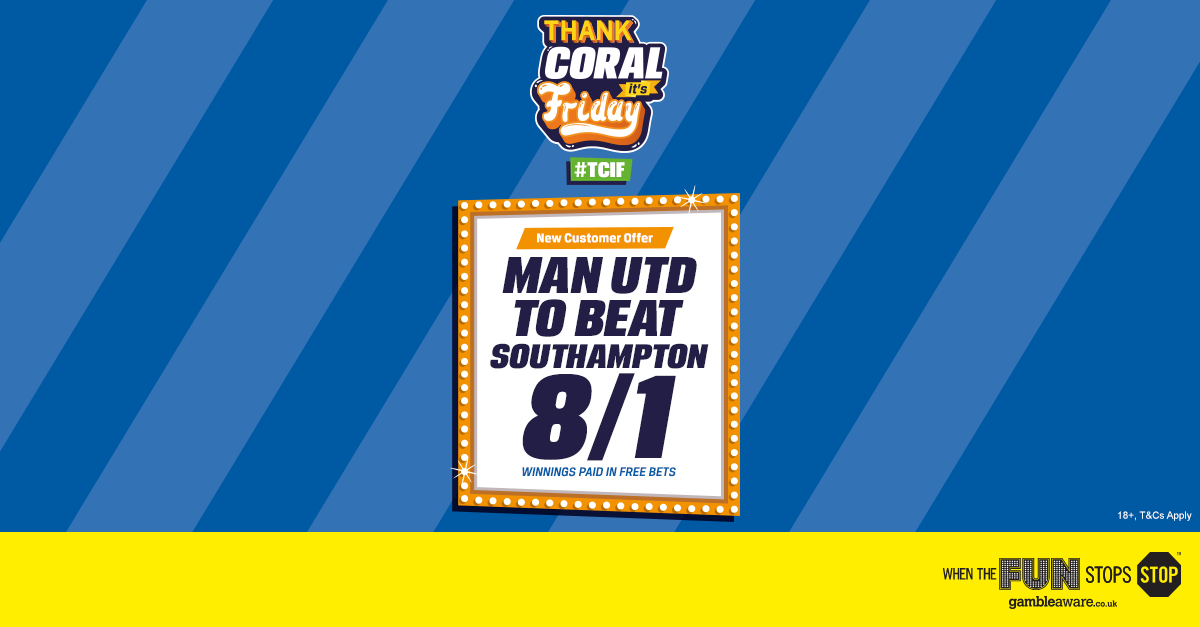