It seems as though barely a week goes by when we don’t have some exciting Champions League games to pile our pounds into – and this week is no different.

Liverpool v Porto looks like a foregone conclusion after the Reds’ 5-0 demolition of the home team in Portugal, but PSG v Real Madrid is set up to be a real cracker.

I fancy both teams to score in the French capital, and with no Neymar for PSG then Madrid can end up on top, despite them not needing to win thanks to their 3-1 advantage from the first game.

As well as the two Champions League games on Tuesday, there is also a full Championship fixture list and a sprinkling of other lower league matches.

I’ve had a look around and I only really like two accas, a Mixed Multiple and Lucas Joao, plus a few FGS bets.

I fancy BTTS in the aforementioned PSG v Real and am then pinning my hopes on Championship high-flyers Cardiff and Fulham.

They should be able to get one over on Barnsley and Sheffield United at home.

Then in League Two, I like Accrington and Mansfield to outdo Morecambe and Lincoln to make up an 11/2 Mixed Multiple altogether, with insurance for three of the five fixtures just in case.

And the Lucas looks much the same with Real, Fulham, Accrington and Mansfield my fancies to win and concede at a huge 304/1.

As it’s a slow acca day then I’m going to have a few FGS bets. In the Championship I really like Aleksandar Mitrovic (Fulham) at 11/2 at Bet365 (bet HERE), which seems really big.

I may well have a few more fancies on Tuesday and Wednesday to make sure to check out The Set Odds Twitter account.

Enjoy the goal fest that will hopefully be the PSG v Real Madrid game – and happy punting! 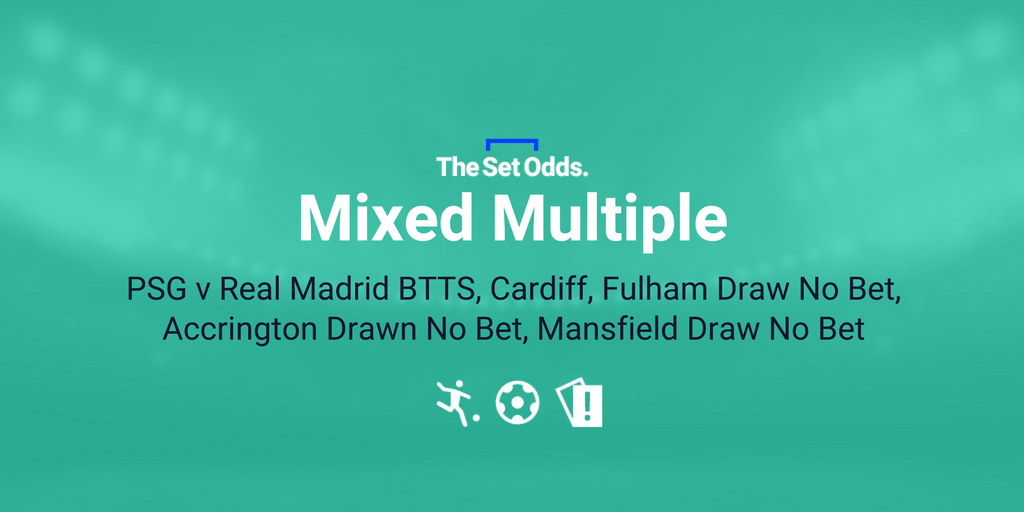 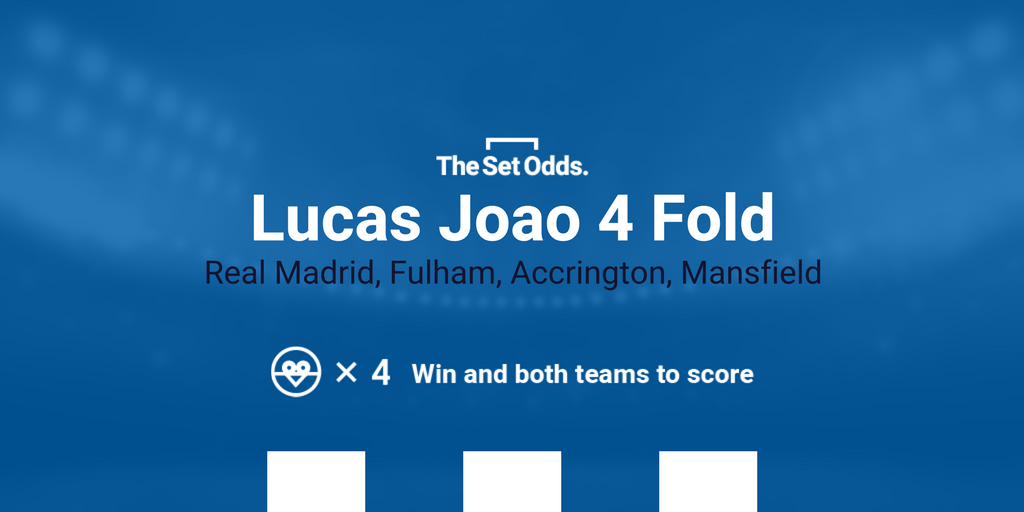