The FA Cup returns to England and is greeted by glorious sunshine. On this patch of land near Blackpool airport fans make the most of the favourable weather during an extra preliminary round tie that has the feel of a particularly popular back garden barbecue. Beer, cigarettes and a rare opportunity to top up a tan are preferred to events on the pitch as the crowd happily chat away with one eye on the match they paid £6 to attend.

The only goal of the game sees the visitors Ashton Athletic progress at the expense of AFC Blackpool, but it doesn’t seem to bother most of the home fans: they’re here for a different reason. The game is being sponsored by the Blackpool Supporters Trust as part of ‘No Oyston Day’ – an ethical boycott of the Seasiders’ League Two opener with Exeter City in favour of another team called Blackpool in tangerine shirts.

Shortly after the well-taken winner, an orange (some would say tangerine) flare is set off behind the Ashton goal, and a chant of “We want Oyston out” goes up. While everyone is having fun, the anti-Oyston chorus acts as a reminder that the reason most of them are here is very serious indeed. 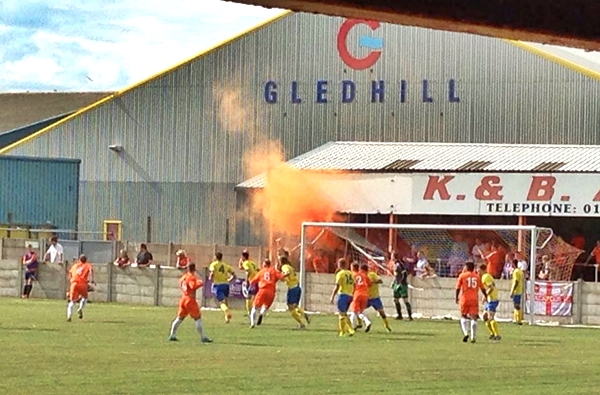 Brothers John and Keith Henshaw are lifelong Blackpool Football Club supporters. John, the eldest, started going to games just after the days of Stan Mortensen and the pair have travelled all around the country to see the Seasiders in almost every competition. Today, they’re neglecting their team’s opening game at home to Exeter to watch AFC Blackpool of the North West Counties League Division One. John hasn’t been to Bloomfield Road since 2012. They speak with a general air of exasperation.

“It kills me not to go to the games, but I won’t go while there’s an Oyston in charge”, says John. “If they’d just invested a little bit of money while we were in the Premier League, things could be so different.”

At the entrance to AFC Blackpool’s Mechanics Ground (the club were formerly known as Blackpool Mechanics), fans are given a free ticket to Tuesday night’s North West Counties Division One game against Daisy Hill. A man stood by the turnstile is concerned about an embarrassing turn-out, and is continually asking how many are finishing their drinks in The Shovels pub nearby.

By the time everyone is in, there is a degree of disappointment among the boycotting anti-Oystonites. Although the crowd is above and beyond what AFC Blackpool would expect for an ordinary game, the Bloomfield Road defectors had hoped for more. A similar boycott in March 2015 saw 503 attend a match against Bootle, compared to an average gate of 35 that season.

Nonetheless, banners are unfurled, pyrotechnics deployed, and songs sung by those determined to make the most of the day. Less than three miles away, the Blackpool of League Two are dispatching Exeter comfortably, but it will take far more than performances on the pitch to tempt many of these fans back. 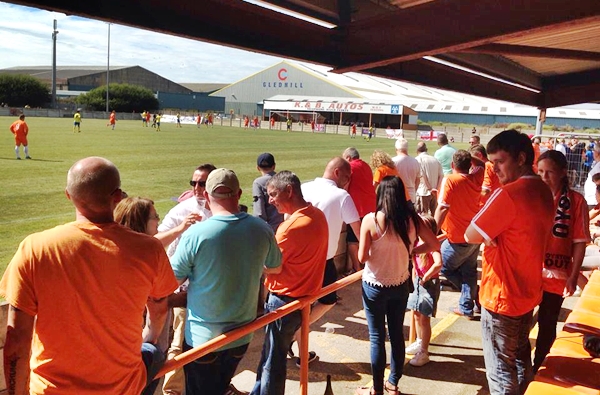 The supporters’ grievances with Owen and Karl Oyston are many, and the situation has reached unparalleled levels of toxicity. A couple of flags on display are from the ‘Tangerine Knights’, a more anarchic fan group whose members won’t give their name to me or the chap from ITV who has turned up, such is their fear of being sued for speaking out.

However, Kristine Seddon, Deputy Chair of the altogether more official Blackpool Supporters’ Trust, is not shy in her disdain for the Oystons: “It’s almost cynical the way the football club has been allowed to disintegrate. To get to the Premier League was an incredible achievement but it seemed to come on the back of investment from our president Valeri Belekon rather than anything that the Oystons had done, but we got there. To see us disappear down the divisions as we have done is shocking.”

AFC Blackpool have no affiliation to Blackpool FC; despite the ‘AFC’ moniker they’re definitely not an AFC Wimbledon-style phoenix club. However, ‘the other Blackpool’ intend to reap the benefits of their more famous neighbour’s demise.

AFC Blackpool’s volunteer secretary, kit man, former manager and much more besides, Billy Singleton, says they were anticipating “between 500 and 1,000” through the gates today, but even without the benefit of a tannoy announcement confirming the actual figure, it’s clearly much less than Billy’s estimate.

Blackpool Supporters Trust Chair, Steve Rowland, is content with the more modest number: “If we get 300 here, that would be great. It sends a message that we are not abandoning Blackpool Football Club per se, but we’re actually turning our backs on the owners.

“When they’ve gone, then everybody will come back. In the meantime, people who want their football fix can come down here.” 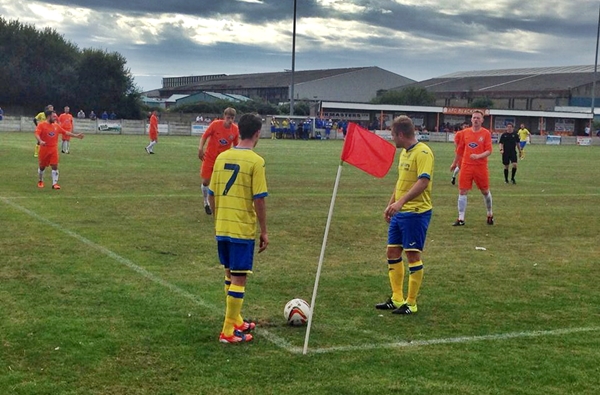 In an age where we’re told fan power is dwindling, it’s difficult to escape the feeling that those boycotting in Blackpool are fighting a losing battle, if not one that’s already lost.

Lifelong Seasiders have gone on marches, invaded pitches, or shunned Bloomfield Road altogether, but Karl Oyston remains chairman with the club now back where it started in League Two. A July meeting between the Blackpool Supporters Trust and Owen Oyston saw the club’s majority owner jeered off stage, with the fans receiving very little encouragement that the situation might improve.

However, thanks to protests like this, Kristine Seddon is confident that soon, finally, Blackpool FC and the Oystons will part ways. The official attendance for Blackpool’s opening day win against Exeter is 3,754; by contrast, the lowest home gate last season was 5,960.

“I don’t know why they’re still here. With fans boycotting, the club is going to cost them money,” says Kristine. “It’s the law of economics, if you upset your customer base as much as they have done, you cannot continue indefinitely.”

For more on the situation at Blackpool, read Vox in the Box with former Blackpool Gazzette football writer Will Watt.