Fighting out of the Peacock Gym in Canning Town, Yarde has East London in his blood. It was growing up in the area which forced him to take up boxing in the first place.

It’s a dreary day in Canning Town, with sheet rain lashing the Newham Way overpass and oppressive grey skies hanging overhead. Walking from the station to the Peacock Gym, you pass a spate of new high-rise developments, their metallic, glassy facades contrasting with the squat East London terraces lining the streets behind them. On Caxton Street, next to the elevated Silvertown Way, the flashy developments melt into the background, and you find yourself passing by scrap metal traders, garages and MOT centres. It is there, on a stretch of tarmac that has soaked up its fair share of elbow grease, that your eyes are drawn to the gym’s bright blue awning. “Proud as a Peacock”, it reads.

The Peacock Gym has been home to many up-and-coming boxers down the years, with fighters of all levels sparring and training there every day. Today it serves as the headquarters for Anthony Yarde, a 26-year-old light heavyweight who has begun to make major waves in the fight game. Current holder of the WBO European light heavyweight title, Yarde has won all 12 of his professional fights, 11 of them by knockout. His reputation as an enormous puncher and self-assured showman has seen sponsors and marketers circling, with BT Sport featuring him alongside Dele Alli in their recent ‘Being Dele’ advert.

While Yarde is yet to fight some of the bigger guns in his division – a British title fight against Frank Buglioni has been much spoken about – he has still done enough to suggest he is a serious talent. The hype doesn’t seem to have gone to his head, even if he has a natural confidence born of the verbal sparring that accompanies the technical side of training. Physically imposing and, for want of a better phrase, absolutely wedge, he’s in good humour and easy-going even after an intense pads and fitness session. We settle down for a chat in the corner of the gym, where some carpeted steps form a makeshift amphitheatre where other boxers mill about and watch each other train. 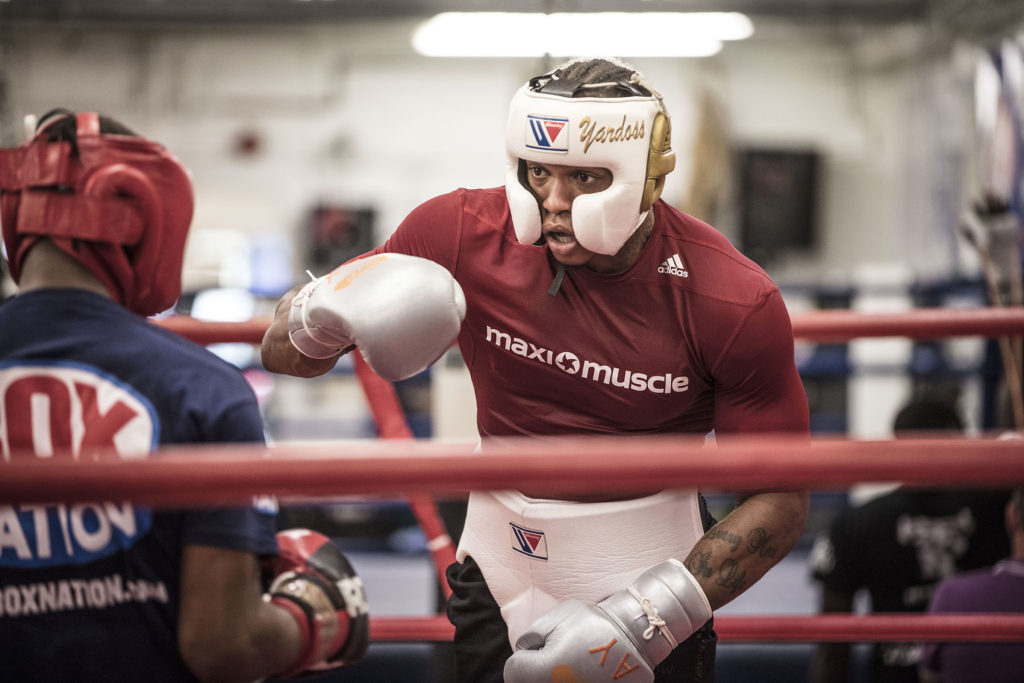 Yarde grew up in East London, first in Stratford and then in Forest Gate. Much like Canning Town before developers attempted to repackage it as a hotspot for young professionals, these were areas affected by high levels of poverty and deprivation. Yarde first took up boxing as a form of self-defence on the streets, and it seems pertinent to ask him what he was defending himself from.

“Where I come from, sometimes there’s trouble and you don’t even know when it’s coming and how it’s going to happen,” he says. “The best thing to do – when you find yourself in bad situations a number of times – is to prepare yourself, and be able to think: ‘If this escalates, I can defend myself.’”

It happens that, the day before our conversation, there is a double shooting in Forest Gate which leaves one teenager dead, a reminder that serious crime still afflicts the neighbourhood. Yarde doesn’t want to glorify the violence of his teenage years, even if he recognises that it was part of his reality. “Now, I put it down to lack of experience, hanging around with the wrong people and being in the wrong place, where you shouldn’t be in. At the time, I just thought: ‘This is the area I live in, these are my friends, and I need to be able to look after myself.’”

Asked what Forest Gate and Stratford were like when he was growing up, Yarde says: “Back then, a lot of irresponsible things used to happen…even now, people can get stabbed for their watch, get stabbed because they’re from the wrong area or because their face isn’t familiar in the area.

“I was even with some people I know there the other day, and someone said: ‘Yeah, we’ve got to hold down the ends.’” Yarde pulls a face of mock confusion here. “I laughed and I said: ‘What are you holding down exactly? You can obviously be proud of the area that you’re from, but I bet you now, anything I own, that you don’t own your house. You don’t own it – you’ve either got a mortgage at best, or you’re supported by the government. So that’s how it is…it’s not your area.”

Yarde’s point is not to make light of the everyday struggle experienced throughout much of London, but the absurdity of people fighting over something which the powers that be have made sure they will never own anyway. That said, he did his fair share of fighting as a teenager, before deciding to focus his aggression on boxing at a relatively late age, with his first amateur fight taking place just before his 20th birthday. 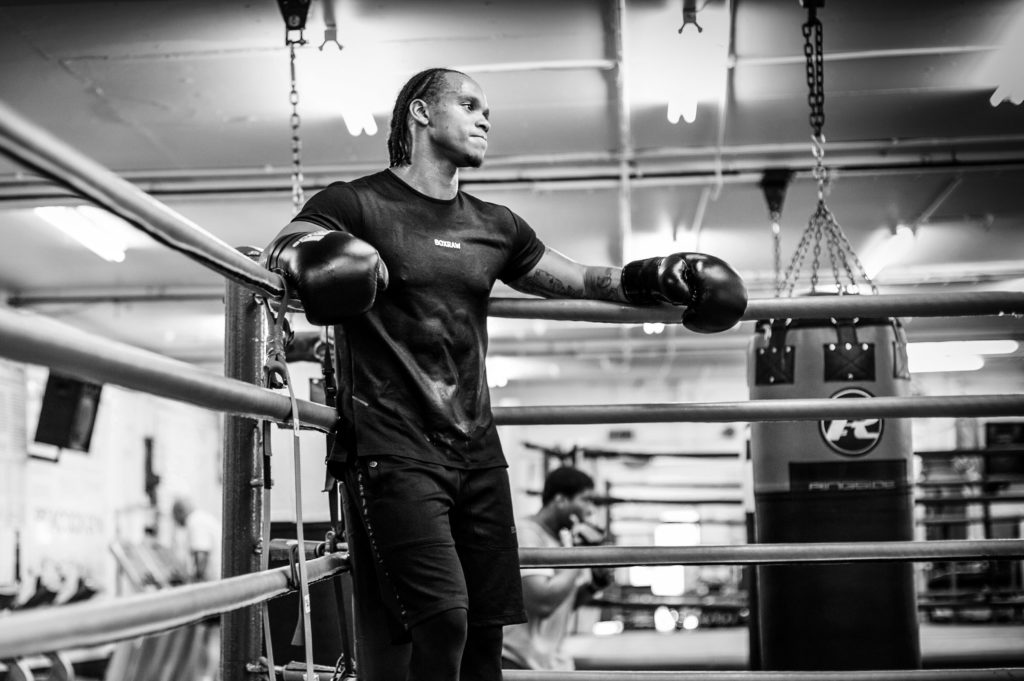 When asked when he first realised he had the knack for KOs – he feigns a mock punch on hearing the word ‘knockout’ – he brings up two incidents of scrapping as a youngster, one in which he knocked out a grown man attacking him and a friend. His favourite KO came in rather different circumstances, however, in a fight on the undercard of Canelo vs. Smith at the AT&T Stadium in Arlington, Texas.

Yarde went up against American fighter Rayford Johnson that evening, though his opponent isn’t the main thing he remembers. “The AT&T Stadium, it felt like the biggest stadium in the world – I looked like an ant! I looked like a pea! Everyone dreams of that in boxing. American commentators have commentated on Muhammad Ali, commentated on Mike Tyson, and sometimes it’s a kind of subconscious thing – the more you hear respected American commentators talking good about you, that’s a good feeling.”

Similarly pleasing was the lead left hook which left his opponent unable to continue. “The ropes kept him up, and I just skipped off,” Yarde says with a glint in his eye.

Yarde clearly has transatlantic ambitions, and talks the talk with regards to unified belts, world domination and eventually being “pound-for-pound number one”. There’s some way to go before that becomes reality, even if he has already turned plenty of heads and graced billboards and adverts for BT.

He is set to fight again on September 16th against Norbert Nemesapati for the Vacant WBO Intercontinental Championship, after adversary Ryan Ford pulled out owing to an alleged contract dispute. A win will only keep Yarde’s momentum chugging onwards. However far he travels in boxing, he’ll always have his schooling on the streets of East London to thank.